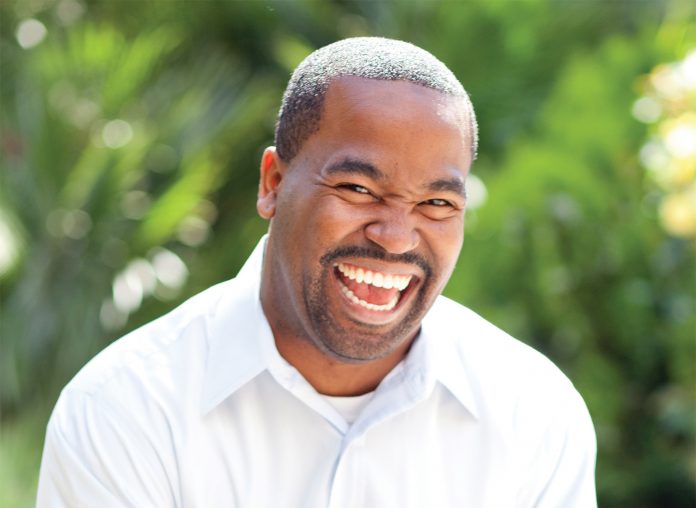 Daunte Burks has set for himself a daunting task: to make his Funny Friday Comedy Show a local landmark.

“My ultimate goal is to make it synonymous with the city of Sacramento—a destination for people who visit,” says the 33-year-old native.

The show, which takes place on the first Friday of every month, is different from what you’ll find at other local comedy clubs, says Burks.

“Typically on a Friday night, they’re gonna do an 8 p.m. show and a 10 p.m. show,” he says. “When you come to my show, you’re gonna get five different aspects: food and obviously drinks, a live band with singers starting at 8, a lineup of three comedians starting at 9 and an after party where you can interact with the comedians.”

A comedian himself, Burks’ bread-and-butter business is direct-mail marketing. His promotions background has come in handy in getting the Friday night venture under way. “I use a lot of what I know—Facebook, Twitter, filming videos,” he says. With his Team Burksism, a small group of friends with a mix of professional specialties (finance, photography, event planning), he’s been able to make Funny Friday a success.

But it hasn’t been easy. When he discovered that not everyone is comfortable buying tickets online, Burks had to create alternatives. His solution? Partnering with 16 local hair salons and barbershops, which now serve as ticket outlets.

The next Funny Friday Comedy Show is Oct. 7 at 8 p.m. in the Capitol Ballroom of Sacramento’s Doubletree Hotel, 2001 Point West Way. Visit funnyfridaycomedyshow.com or call (916) 705-4684.