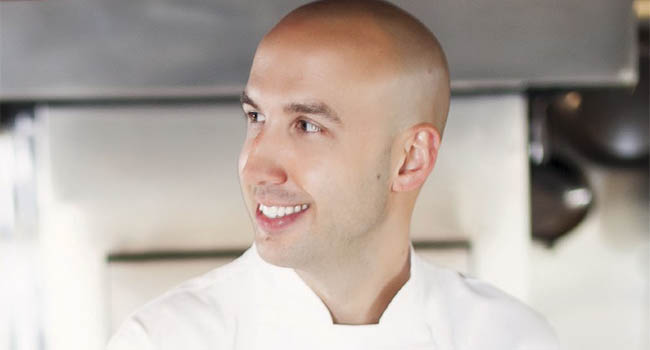 Back in June, John Griffiths wrapped up a stretch as one of St. Louis’ most influential culinary forces and started a new chapter as chef de cuisine at The Kitchen, Randall Selland’s iconic demonstration restaurant on Hurley Way. “Over the nine years I was there, St. Louis became a very progressive food town,” says Griffiths. “I’m very happy to have been a part of that. But I had this impetus of finding myself in Northern California a lot. I’ve been snowboarding in Tahoe since I was in high school. I also come to San Francisco at least once or twice a year to just eat and see what’s going on. When a good friend of mine moved to Napa a year ago, I thought, ‘I’ve got to find a way to live here.’ I’m excited to have my first venture out here on the West Coast now.”

Griffiths, trained at Schoolcraft College outside of his hometown of Detroit, has worked with James Beard Award-winning chef Takashi Yagihashi and was invited to the James Beard House this past June to host a dinner. While at Truffles in St. Louis, he oversaw its transition from a classic French establishment to a modern Italian restaurant—a cooking style he’s very comfortable with but not necessarily tied to.

“I’ve studied a lot of Italian cookery over the last several years,” he says. “That’s definitely inflected in my food, but it will all evolve as I move through the seasons here and as I get the opportunity to work in a place that’s not bound to a concept. Here, we can be a little more whimsical with the techniques and ingredients we use.” In addition to being more experimental with his food, the 34-year-old chef also is looking forward to working closely with diners. “There are not a lot of places where you can get so close to the guests—maybe a half a dozen in the country. I find the process of watching the reaction and seeing instant gratification really addictive.”