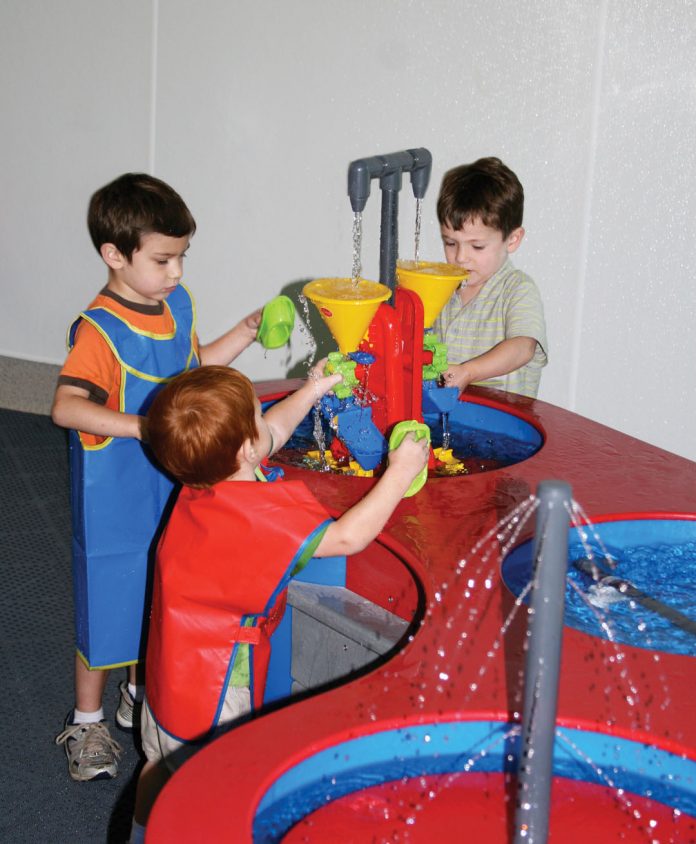 It may have Sacramento in its name, but the regionâ€™s newest museum isnâ€™t actually in Sacramento.

Though once envisioned for the capital city, Sacramento Childrenâ€™s Museum will open its doors Aug. 25 in a Rancho Cordova office park some 15 miles east of downtown. â€œIt had nothing to do with not liking Sacramento. It was just difficult to find a location that fit our needs,â€ says Kathleen Palley, a former elementary school teacher from Roseville who began planning the areaâ€™s only museum for the 8-and-younger crowd nearly seven years ago after visits to similar amenities in Denver and Berkeley.

Those needs: affordable rent, ample parking, and a safe and central location close to public transit. Palley and others behind the $2 million effort say that Rancho Cordova officials, from the mayor on down, proved ardent suitors.

â€œItâ€™s hard to say no to someone so eager to have you be a part of their future,â€ says museum president Alan Godlove, who owns several McDonaldâ€™s restaurants in the region.

From the start, Sacramento should have been the obvious place to locate Sacramento Childrenâ€™s Museum. But â€œit ended up being that it just wasnâ€™t financially feasible,â€ says Amy Williams, a city public information officer. â€œThere was a struggle finding a feasible location as well.â€

So Rancho Cordova ended up with the 7,000-square-foot museum, which has a number of hands-on activities, from an art studio and water play section to an oversized Lite-Brite board. Itâ€™s across the parking lot from Rancho Cordovaâ€™s city hall, in a city-owned building provided at a discount. For Rancho Cordova, a city since 2003, the childrenâ€™s museum â€œadds educational value to our community,â€ explains assistant city manager Joe Chinn.

Habitot Childrenâ€™s Museum in Berkeley was Palleyâ€™s chief inspiration. The East Bay museum was packed the day she visited with her husband and children. â€œWe literally drove away, and I looked at my husband and said, â€˜We have to have this. How can Sacramento not have this already?â€™â€

Palley, who left teaching to be an at-home mom, began doing her homework. She attended an Association of Childrenâ€™s Museums conference in Boston that first year. The effort incorporated as a nonprofit in 2005, and Junior League of Sacramento came on board soon after to help with fundraising. (The charity group also purchased an exhibition trailer for the museum.) Roebbelen Contracting of El Dorado Hills contributed much of the labor and helped rustle up donated carpeting, skylights and other materials.

The project is the first of its kind for the region, though some area venues incorporate hands-on learning for older children, such as Sacramento History Museum in Old Sacramento and Discovery Museum Science & Space Center on Auburn Boulevard. Efforts are afoot to relocate Discovery Museum to the former PG&E powerhouse just north of downtown.

It wouldâ€™ve been nice to add Sacramento Childrenâ€™s Museum to the cluster of tourist amenities around the Capitol, says Mike Testa, senior vice president of Sacramento Convention & Visitors Bureau. â€œHonestly, I think it came down to [the fact that] Rancho Cordova wanted it more, and I think they really stepped up,â€ says Testa, whose boss, bureau CEO Steve Hammond, sits on the museumâ€™s board of advisers. â€œAs long as itâ€™s in the region, itâ€™s a value to us.â€