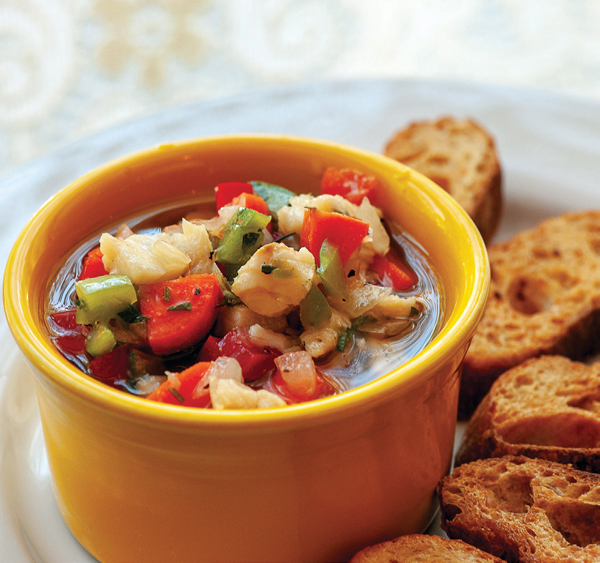 When Patrick and Phoebe Celestin decided to reopen their eponymous restaurant after a seven-year hiatus, they knew they’d be leaving behind the tranquility of retired life—and that was perfectly fine by them. “We had already done our gardening and traveled and had dinner with friends,” says Phoebe. “But we weren’t quite as active as we would like to be.”

Most people in their shoes—in their mid-60s and searching for ways to stay vital and engaged—would take up a hobby. Instead, the couple threw themselves into a new restaurant venture that’s a reinterpretation of the establishment they operated for nearly three decades.

The new Celestin’s—situated in a leafy residential section of East Sacramento near McKinley Park—is smaller than the former K Street location but is no less charming. The lacy window coverings and red dining chairs are as homey as any cottage on the bayou.

Devotees of the original Celestin’s will notice that the menu has been trimmed down a tad but remains true to its French-Caribbean roots. The old favorites are still there—gumbo, creole, fried plantains—but there are some noteworthy additions, including chiquetaille, a flaked cod salad dressed in a peppery vinaigrette.

Diving back into the city’s dynamic restaurant scene after an extended absence hasn’t been without its challenges. “It’s a different market than before in terms of the cost of doing business,” says Phoebe. The palate of Sacramento diners has changed, too, and Celestin’s menu reflects that reality. “We have our gumbo crowd, the entrée crowd, the vegan and vegetarian crowd, and we’re catering to all of them,” she explains. “We want the food to have a confluence about it, and we also want to be sensitive to the needs and desires of the community.”

Thus far, the return to restaurant ownership has gone smoothly for this indefatigable couple. Scads of faithful patrons and new faces have shown up to see what the Celestin’s reboot is all about. “The neighborhood is great,” says Phoebe. “People have come by and welcomed us over and over again. Honestly, I feel a little spoiled at this point because things have come together really nicely.”

As for that leisurely retirement that so many people dream about, the Celestins say it can wait. “We are lucky to have had good examples in our lives of people who have aged gracefully and continued to work,” says Phoebe. “We’re really happy about our decision to jump back into the business.”