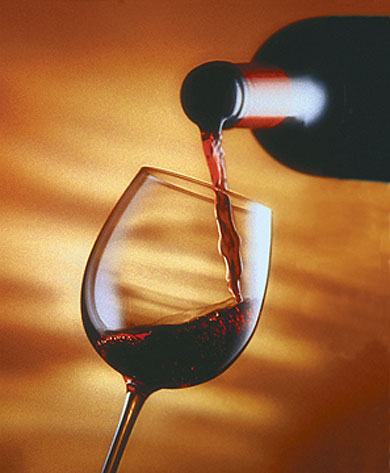 The people who take my wine classes are a diverse bunch, including beginners, casual connoisseurs, even pros in the biz longer than I’ve been legal. As you can imagine, I also get my share of wine geeks. These are the folks who take notes on anything from napkins to hand-held voice recorders to keep track of details: vineyard names, residual sugar, grape clones. They are sensitive-to anyone wearing perfume, to soap residue in glasses, to ice cubes in water, which might chill their quivering taste buds. And their questions can get so technical that I have to ask them to see me after class rather than risk glazed eyes or snores from the rest of the group.

Some wine geeks are born that way: From baseball cards to punk-rock LPs, they’re addicted to rarities and the rattling of stats. Others fall just once and for life, as the culture of wine envelops them like a soft Carneros fog. Their ebullient curiosity leads them down a rabbit hole of arcane vocabulary and mysterious practices.

For concerned family and friends of wine geeks, I offer this: Please remember their odd behavior comes from their love of good times and their passion for learning-qualities you adore in them. Whether it is knitting or aeronautic history or Pez dispensers that gets your own motor revving, I encourage you to let your inner geek out for a spin. Life’s too short to be blas.

GEEKS VERSUS SNOBS &emdash; I’m not talking about snobs when I speak of geek. Snobs won’t take chances on anything new, inexpensive or unfashionable. Snobs are so worried about the right wines and the critics’ scores, they have no idea what they truly like. Snobs hoard the fancy stuff and then drop names.

Geeks, on the other hand, order the most obscure thing on the wine list, just to try it. Geeks take great pleasure in knowing the personal preferences of their friends as well as their own. Geeks share. Goofy in their passion, geeks want everybody to get on their love train to Solvang, or wherever their nose leads them.

> The Academic &emdash; Hildegarde Heymann, enologist and professor, UC Davis Department of Viticulture and Enology An expert in sensory science (and possessor of a wry sense of humor), Heymann conducts research that questions our basic assumptions, such as whether cheese is a good complement to red wine.

> The Anti-Geek &emdash; Rico Morisi, wine manager, West Sacramento Nugget Market Don’t be fooled by his aw-shucks demeanor: Pros twice his age consult him for his encyclopedic memory about all things wine. He makes great home wine, too. Morisi says he’s a little offended by the term wine geek. I try to see wine as a beverage for everybody, and I don’t like the wine-geek thing because it sounds kind of elitist. You know, it doesn’t have to be Opus One to be good.

> The Winemakers &emdash; Jonathan Lachs and Susan Marks, Cedarville Vineyard They met at UC Davis studying wine, went on to techie careers, then started their own winery in Fair Play. Lachs and Marks easily convey their excitement for barrel sources and grapevine clones, but their friendly wines speak for themselves.

> The Journalist &emdash; Jancis Robinson, Author The first journalist to pass the prestigious Master of Wine certification exams (while pregnant, no less), the British Robinson is the consummate wine educator, with dozens of books, CDs, feature articles and columns to her name. Beloved worldwide, she is most famous for The Oxford Companion to Wine and her geek-chic eyeglasses.

WHAT GEEKS ARE DRINKING

The wine geek drinks ABC (Anything But Cabernet and Chardonnay), preferring to try funny-sounding grapes such as GrÅ¸ner Veltliner from Austria or Nero d’Avola from Sicily. Wines from Spain are hot right now, especially from the Jumilla and Priorat appellations. Yes, Hollywood, geeks do love Pinot Noir best. But the truly geekiest aisle in the shop belongs to German wines, since their considerable pleasures come at a price: long, unpronounceable names, complicated terms for wine styles, and unfashionable tall, green bottles. You don’t have to be a card-carrying wine geek to buy German wines-but it helps.