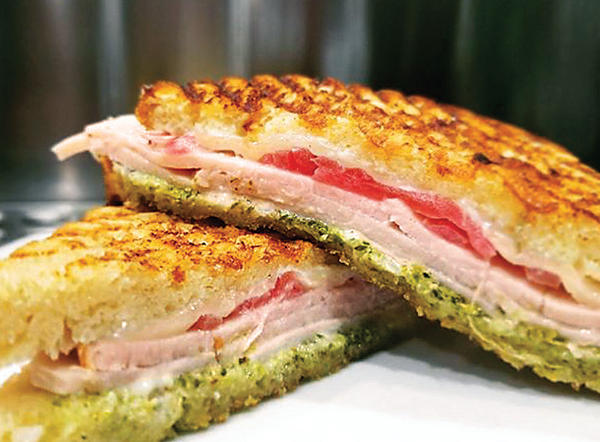 Workday got you down? Bag lunch not the stuff of dreams? The friendly folks behind an unassuming downtown cafe feel your pain. Recess, tucked into the ground floor of an office building on Q Street near 11th, is where workers go for a lunchtime pick-me-up that can make the drudgery of cubicle life a tad more bearable.

“We want to give our customers a little relief from the workday, a place to come and hang out and be taken care of,” says co-owner Ross Dreizler, who opened the cafe with business partner Joe Mayo in March. “We’re all about having fun, and customer service is really important to us.”

Employee Chris Damyanovich, who works the front counter most days, is Dreizler’s secret weapon. With a background in high-end Bay Area restaurants, Damyanovich has mastered the art of balancing warmth and efficiency, chatting familiarly with regulars as he keeps the lunch line moving briskly. “Everybody loves him,” says Dreizler, “and he’s great at what he does.”

The abbreviated menu at Recess, which came together with the help of Dreizler’s family, is unpretentious yet not without some pleasant surprises. Some of the salad recipes, like farro salad with marinated beets, avocado, arugula and lemon crème fraîche, originated from Dreizler’s sister. The daily soup is made from scratch by Dreizler’s mother. “She’s semi-retired and a great cook and makes all the soups for us, many of them from old family recipes, including kapusta, which is a sweet-and-sour soup made with brisket and cabbage. It was my grandmother’s recipe and is probably our most popular soup.”

The sandwiches at Recess are made with soft but sturdy rosemary-potato bread from Bella Bru. The Extra Credit—panini with turkey and provolone—gets punches of flavor from pickled onions, chimichurri and aioli, which lift a basic turkey and cheese from B student to honor roll status.

Dreizler, who was a chef for 12 years at the popular Sushi Cafe in South Land Park, understands what it means for an eatery to be embraced by a neighborhood. With Recess, he isn’t out to challenge diners’ palates or impress them with unfamiliar ingredients. Instead, he’s given workers in this leafy section of downtown a tasty and reliable reason to get out from behind their desks and enjoy a quick bite. After all, even adults need recess now and again. 1102 Q St.; (916) 389-0121.