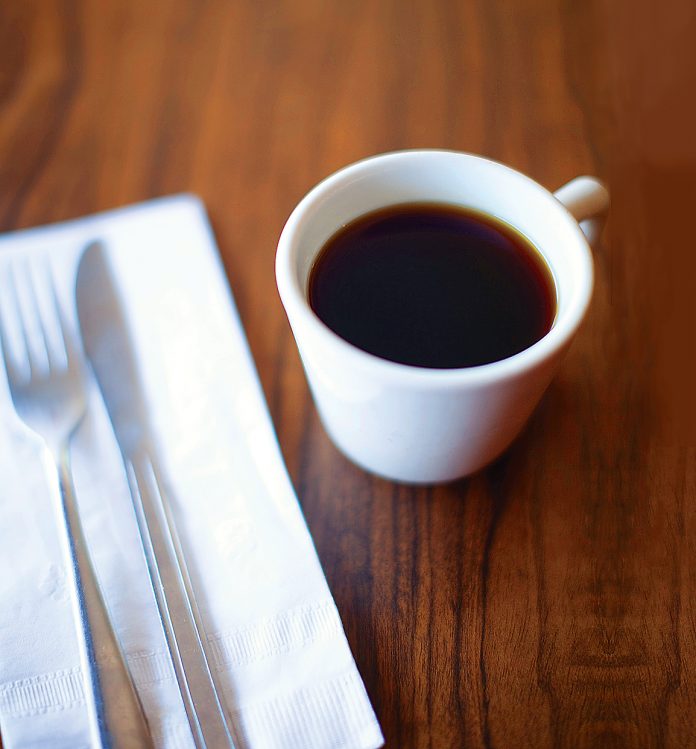 Who needs white tablecloths and tuxedoed waiters? These local dives (and we use the term lovingly) offer great food without the fuss.

A few months back, we ran a story on our website, sacmag.com, noting that Food Network’s “Diners, Drive-ins and Dives” would be filming in the Sacramento region. Our readers went wild, sending in names of dozens of their favorite dives. That got us to thinking: Why are funky, no-frills bars, restaurants, drive-ins, diners and roadhouses so damn appealing? We decided to go on a road trip to discover the secrets of some of the region’s finest dives. Here’s our report. CRICKET’S COUNTRY KITCHEN
If creepy mannequins with bad wigs scare you, ask for a seat in the back dining room. This irrepressibly friendly restaurant is cluttered with kitsch, from clown paintings and old license plates to birdcages and teddy bears. When you’re able to focus on the menu, you’ll be impressed with the wide range of breakfast and lunch options. For breakfast, order Mr. Huge, an 11-ounce chicken-fried steak, or Grandma’s Old-Fashioned French Toast, made with cinnamon bread. For lunch, there’s a grilled meatloaf sandwich and Bonanza chili burger.
4745 Auburn Blvd., Sacramento; (916) 331-6405
Don’t miss: Rootie Hoop Potatoes (country potatoes, sautéed ham, bacon, mushrooms and tomatoes, all topped with cheese) GATSBY’S DINER
It may be a stretch to call this popular burger joint a dive. Smack-dab in the middle of the dining room is a demonstration-style burger-making station, where a white-jacketed chef carefully fries up ridiculously thick meat patties. Children particularly enjoy the show. And just watch ’em wolf down the kids’ slider plate: two cute mini patties topped with cheese and served on teeny buns. My Fire Burger, smeared with chipotle mayonnaise and loaded with bacon, avocado, roasted jalapeño chilies and cheddar cheese, was downright spectacular. Black-and-white checkered floors, old-fashioned music and congenial gray-vested servers contribute to this diner’s charm. Save room for a milkshake or root beer float.
2598 Alta Arden Expressway, Sacramento; (916) 977-0102; gatsbysdiner.com
Don’t miss: Housemade barbecue chips

THE PURPLE PLACE BAR & GRILL
Open since 1955, this funky roadhouse packs ’em in during happy hour and on weekend evenings for pool and darts. But food folk come for the good eats, from the scale-breaking Tombstone barbecue bacon cheeseburger to the handsome Cobb salad and fall-off-the-bone ribs. This is not your standard bar fare: Everything I tried was thoughtfully prepared with high-quality ingredients.
363 Green Valley Road, El Dorado Hills; (916) 933-2313; purpleplacebarandgrill.com
Don’t miss: Mahi-mahi tacos

VILLAGE DRIVE-IN
Built in the ’40s, this drive-in looks like something from an old movie set. In addition to burgers and hot dogs, it offers a nice lineup of sandwiches, including a juicy chicken hoagie and an avocado BLT, plus an attractive array of sides, such as curly fries and deep-fried mushrooms. On hot days, order one of the icy slush puppies, whose flavors range from cherry and grape to lemon-lime.
3810 60th St., Sacramento; (916) 457-3196
Don’t miss: 1/3-pound double cheeseburger

BUD’S BUFFET
If you’re into the sheer gluttony of Thanksgiving, head to this friendly, dimly lit, institutional-style hofbrau. Employees slice up big, steaming portions of fresh turkey, roast beef, ham and roast pork, then stuff them into hearty sandwiches or load them on a plate with mashed potatoes and gravy. Sink your canines into a juicy French dip sandwich or tangy, plump Reuben. P.S. If you can’t resist pasta, come on a Thursday for the housemade lasagna.
1016 10th St., Sacramento; (916) 443-6905
Don’t miss: Beef stew (Wednesdays only)

EAGLE BAR B QUE
Located inside a Shell gas station, this quirky little spot cranks out some of the city’s most delicious ’cue. Owner Bob Akbari parks his smokers right outside. (Yes, I did nervously contemplate the close proximity of the gas pumps to the charcoal- and wood-filled meat smokers.) Akbari serves pulled pork, beef brisket and chicken drenched in a yummy handcrafted sauce that’s nicely sweet. He also cooks full and half racks of pork baby back ribs and delectable Polish sausages. Try the chunky potato salad and toothsome coleslaw, both nice accompaniments to the meats. Take your meal to go, unless you want to settle in at an umbrella’d table next to the gas station carwash and watch customers fuel up as you eat
8090 Folsom Blvd., Sacramento; (916) 640-7717
Don’t miss: Meat-stuffed potato MARKET CLUB
This workingman’s diner, located in a complex of rambling warehouses in an industrial area off Broadway, attracts an eclectic and knowing crowd. I saw men in three-piece suits, a guy in running shorts and a tableful of construction workers. The ambiance is decidedly cheery, and the harried waitresses always greet you with a smile. The breakfasts here are legendary. Try the hefty four-egg ham and cheese omelet, and if you love Spam, order a slab fried up with a couple of eggs. At lunch, you can count on the diner’s burgers, with plump, juicy patties, but Market Club’s real treasure is its daily specials.
2630 Fifth St., Sacramento; (916) 498-9953
Don’t miss: Baked short ribs (Wednesdays only)

THE GOLDEN BEAR
Remember the adage “Don’t judge a book by its cover”? Keep it in mind when you come here. You may have to wave cigarette smoke away from your face as you cross the patio, and you might even have to dodge a growling, leashless pit bull (like I did on a recent visit) to get in the door. But once inside the drab, shoeboxlike bar, you’ll find a surprisingly sophisticated menu, with items such as fresh-pulled mozzarella with heirloom tomatoes, and brie, honey and fig pizza. Young chef Billy Zoellin wows customers with his creative fare, and I’m happy to ignore grumpy canines and secondhand smoke to indulge in his delicious tacos, stuffed with slow-simmered chicken and drizzled with a frisky pasilla crema, and the fontina-stuffed Juicy Lucy burger with glazed onions.
2326 K St., Sacramento; (916) 441-2242; goldenbear916.com
Don’t miss: Duck confit club sandwich

RUN-N-TELL DRIVE-IN
Teeny, modest and borderline shabby, this is not your average burger shack. Situated at the back of a very large parking lot, the nondescript building can be hard to see as you speed down Sacramento Avenue. (I passed it twice before spying it.) The burgers are plain but satisfying, with a price—$1.75 for a single, $2.75 for a double—that’s hard to beat. This drive-in also offers a number of Chinese dishes, along with a taco and burrito thrown in for good measure.
1208 Sacramento Ave., West Sacramento; (916) 371-7562
Don’t miss: Spectacular sweet potato fries—so crispy, scathingly hot and sweetly pleasing that I’ll be heading back to West Sac, lickety-split, for another order. NATIONWIDE FREEZER MEATS
This midtown dive has been serving its famous French ground steak burger since 1969. The cavernous space is shabby, with garish blue booths, mismatched tables and a cheap, red-wine-colored carpet, although the Coca-Cola signs and old Hollywood posters lend the place a certain panache. The beef patties are thin, but the tomato, onion and pickle accompaniment is generous. Order the wedge fries, which are greasy but good. And your kids will looove the fruit milkshakes
1930 H St., Sacramento; (916) 444-3286; nationwidefreezermeats.com
Don’t miss: Steak sandwich

LOU’S DRIVE IN
Located on busy Watt Avenue, this drive-in can be a bit noisy. But tune out the traffic and focus instead on Lou’s naughty chili cheeseburger (one gut bomb you won’t regret eating). Other popular items include hot wings, and the grilled ham and cheese sandwich. Lou’s milkshakes are famous. I savored the blackberry shake, which had chunks of sweet fruit floating in it.
6229 Watt Ave., North Highlands; (916) 332-5622
Don’t miss: Onion rings EL POLLO FELIZ
Yes, there are bars on the windows of this teeny, family-owned place. But concentrate on the satisfaction you’ll feel tucking into the incredibly moist chicken, slow-cooked right out in front of the restaurant in a big, black smoker. The appropriately named El Pollo Feliz (“The Happy Chicken”) offers the addictive fowl in combo packages or stuffed inside burritos and tacos. Service is excellent and prices are very reasonable
4717 Whitney Ave., Carmichael; (916) 485-4446
Don’t miss: Eight-piece chicken combo

MARK & MONICA’S FAMILY PIZZA
Be prepared to wait at this Carmichael hole in the wall; it took us 45 minutes to get a pizza on a slow Tuesday night. Console yourself with a big pitcher of beer or a stiff whiskey from the bar. While you’re waiting, you can gawk at the sports memorabilia affixed to the walls and ceiling, or at one of the nine wide-screen TVs. The pizzas are belly filling and hearty. I like the barbecued chicken pizza, loaded with red onions, pineapple and bacon. The kitchen also offers a compact selection of sandwiches. Mark’s Favorite, with turkey, avocado and Swiss cheese on sourdough, is great.
4751 Manzanita Ave., Carmichael; (916) 487-1010; markandmonicaspizza.com
Don’t miss: Ryan’s Famous Hot Wings

THE GUY WHO PUT DIVES ON THE MAP

Guy Fieri knows a thing or two about dives.

For the past four years, Fieri has traveled all over the country, seeking the finest examples of the genre for his hit TV show “Diners, Drive-ins and Dives.” He’s dined at greasy spoons coast to coast, from A1 Diner (Gardiner, Maine) to Jay Bee’s Bar-B-Que (Gardena, Calif.), eating everything from Brunswick stew to stromboli. Why a show about dives? “It’s actually about all-American people doing all-American food,” says the Santa Rosa chef and restaurant owner.

Divewise, Sacramento has proved to be a target-rich environment. In the past, “DDD” has spotlighted Squeeze Inn, Cafe Rolle and Jamie’s Broadway Grille. And this past summer, Fieri and his crew visited four local spots—Putah Creek Cafe, Dad’s Kitchen, Gatsby’s Diner and The Golden Bear—for an upcoming season.

The platinum-tressed, backward-sunglass-wearing chef clearly has a soft spot for the region. A self-described “Sactown boy,” he attended American River College, and he owns two local restaurants: Tex Wasabi’s Rock-N-Roll Sushi BBQ on Arden Way and Johnny Garlic’s in Roseville. His fondness for the region extends to its food. When Jay Leno asked Fieri where to get the best burger in America, he said Squeeze Inn. He has warm memories of Cafe Rolle, where he was filming when he learned that his first book had made The New York Times best-seller list, and he once took his wife to Jamie’s for its famous garlic steak sandwich. “I gotta tell you, that sandwich will never get old for me,” says Fieri. “It’s fantastic.”

Today, he sits atop a lucrative empire built on dives, selling books, DVDs, apparel, knives, his signature squeeze bottles, even a Guy Fieri Bobblehead. Yes, he admits, dives have been very, very good to him. “I have the greatest fans in the industry,” he says. “I’m just the dude coming up with the one-liners.”     —Marybeth Bizjak