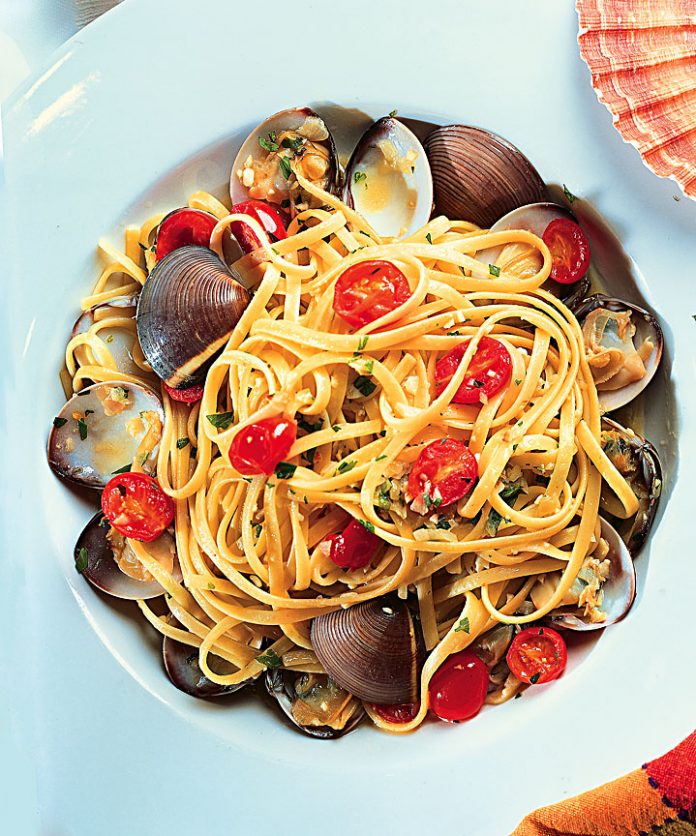 As a food writer, I find it thrilling to review a big, splashy new restaurant. The menu is often ambitious, the interior dynamic and imaginative, and the ambiance crackles with noisy excitement. These entertaining, upscale restaurants, as you might suspect, are expensive to build and often involve a significant financial risk to their investors.

While it’s widely acknowledged that such restaurants are a gamble for all involved, we often don’t consider the uncertainties and monumental sacrifices inherent in the opening of a much more modest venture: the small, family-owned restaurant.

If you’ve ever nursed a fantasy about opening a small restaurant, a visit to Via Roma in Rocklin will quickly illustrate just how difficult that process can be on a family. After several meals at the restaurant, I felt a mixture of awe, sympathy and respect for owners Mario and Trisha Guerrera and their two children.

Mario Guerrera was raised in restaurants; his family owns both Roma’s Pizzeria on Franklin Boulevard and Roma’s Pizzeria II on Folsom Boulevard. After years of hands-on pizza production, Guerrera was eager to expand his culinary horizons. In 2005, he studied regional Italian cuisine in Parma, Italy, and later interned at Masque Ristorante in El Dorado Hills. This past February, Guerrera and his wife opened Via Roma, located at the back of a very new shopping center in a still-developing area of Rocklin.

The couple has neatly divided their duties: Mario manages the kitchen while Trisha serves as hostess, waitress and math tutor. Each time I visited, the Guerreras’ children were at the restaurant, playing with stuffed animals, helpfully wiping down tables and completing homework. Trisha, looking weary but cheerful, sailed from kitchen to customers to children, helping her daughter sound out words in a spelling book before delivering plates of steaming pasta to a nearby table. The children are regular fixtures at the restaurant, patiently (or impatiently, depending on whom you ask) whiling away the evening hours while other families race to practice baseball and barbecue hamburgers in the backyard.

At this spare, friendly little restaurant, the food is solid, hearty and downright good, from the lavishly dressed Caesar salad with its crunchy housemade croutons to the irresistible sauted vegetables that accompany each entre. The menu is short and refreshingly straightforward, offering pastas, pizzas and several entres, including the sumptuously aromatic pork Marsala, pounded thin and speckled with fresh rosemary. The cannelloni alla Venezia&emdash;a giant pasta shell stuffed to overflowing with ground beef, ricotta cheese and spinach&emdash;is Italian food at its most comforting, and the lasagna, scorching hot in a large casserole, is a nurturing, stick-to-your-ribs meal. I especially liked the chicken piccata, a tasty departure from the traditional dish, which is pounded thin and served in a lemony sauce. Via Roma’s version features unpounded chicken breast, napped with a creamy white-wine sauce containing golden raisins and capers. Hot, just-baked focaccia comes to the table soon after you arrive, accompanied by olive oil and thick, intensely flavored balsamic vinegar.

The pizzas were too cheesy for my taste and very light on toppings. I really liked the quattro stagioni, with its crisp pancetta, artichokes and plump green olives, but I would have liked double or triple helpings of the toppings and about half the amount of cheese. There are both thin- and thick-crusted pizzas, ranging from the traditional (pepperoni) to the creative (smoked salmon, capers and red onions).

Pastas include fusilli con piselli e crema, tossed with Marsala cream sauce and loaded with pancetta, garlic and snow peas; and linguini con vongole, with baby clams in white-wine and tomato sauce. Desserts were limited to gelato and tiramisu, made by Trisha when she’s not serving customers or tending to her children. (The couple plans to expand the dessert offerings in the near future.)

The restaurant is uncluttered and clean, with European-style food posters hanging on prettily painted walls, plain wood tables and a dusty-red concrete floor. A riotous vaseful of fresh flowers adds a charming splash of color to the bar area, which is dominated by a large (and loud) flat-screen television. Big windows look out onto rows of new housing developments and an expanse of parking lot. Don’t come for the view. But do come for the fine, heartfelt cuisine&emdash;and to support a family that is working overtime to establish a warm, personable restaurant.

What makes it different: An old-style, family-owned restaurant in an area dominated by chains