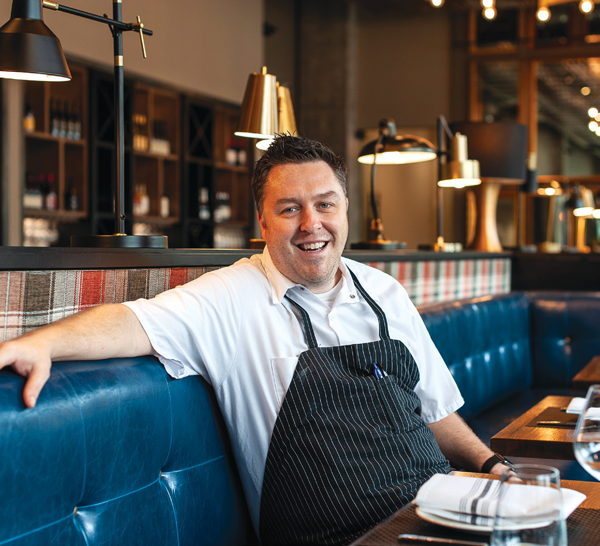 The year 2018 was far kinder to Oliver Ridgeway than to his fellow Brit, Theresa May. While the prime minister was struggling to oversee an orderly Brexit, Ridgeway was opening his first restaurant, Camden Spit & Larder, on Capitol Mall.

In his own personal Brexit, Ridgeway left his job overseeing culinary operations at The Citizen Hotel downtown to strike out on his own. At 42, he’s been working in kitchens since he was 14, first as a dishwasher at his dad’s restaurants in the south of England, later as a chef on the QE2 cruise ship and at high-end hotels in Manhattan and Santa Fe. In 2011, he succeeded Michael Tuohy at The Citizen, home to Grange Restaurant & Bar. Over time, he became an important player in Sacramento’s growing farm-to-fork scene, developing relationships with local farms and making appearances at high-profile food and wine festivals in Pebble Beach and LA. With backing from local investors, he decided to open a chef-focused restaurant on Capitol Mall. It was, he felt, an undertapped market, with just Morton’s and Il Fornaio—both corporate chains—catering to the area’s lobbyists, lawyers and legislators.

Camden Spit & Larder is a big-city brasserie, its interior inspired by a London haberdashery and its kitchen centered around a spit for roasting big cuts of meat. With oversized wing chairs, library reading lamps and tufted leather stools, it looks and feels like a modern men’s club. A British banker would feel quite at home in these swanky environs.

The Camden menu is an interesting mash-up of British chop-house classics, English schoolboy favorites and elevated pub fare. Big joints of meat like prime rib and rack of pork are roasted on the spit. Sausage rolls are a tasty little starter, with hot mustard and an addictive curried ketchup for dipping. In a very contemporary interpretation of fish and chips, a batter of salt cod and potatoes is deep-fried and dusted with malted vinegar powder. Instead of bread service, the restaurant offers individual Yorkshire puddings—popovers to us Yanks—at dinner. Desserts include a lush lemon pudding called posset. (Have you ever heard a more British-sounding word?)

But not everything on the menu is so jolly-old-England. Ridgeway definitely has some modern tricks up his sleeve. Instead of chicken liver pate, he makes a vegan pâté with cremini mushrooms and caps it with a layer of extra-virgin olive oil instead of schmaltz. Smeared on grilled bread, it’s smooth as silk and loaded with umami. The kitchen makes its own farmer’s cheese and serves it with butternut squash and candied garlic. A main course of charred broccoli shares equal billing with prime rib. And a luxurious salted chocolate caramel tart is both vegan and gluten free.

You don’t have to be on an expense account or a member of the 1 percent to order Camden’s caviar service. It comes at three price levels, from $20 to $80 for a half ounce of roe served with crème fraîche and crumpets. You can also assemble a cheese course from a selection that includes California cheeses along with Colston Bassett Stilton from England. 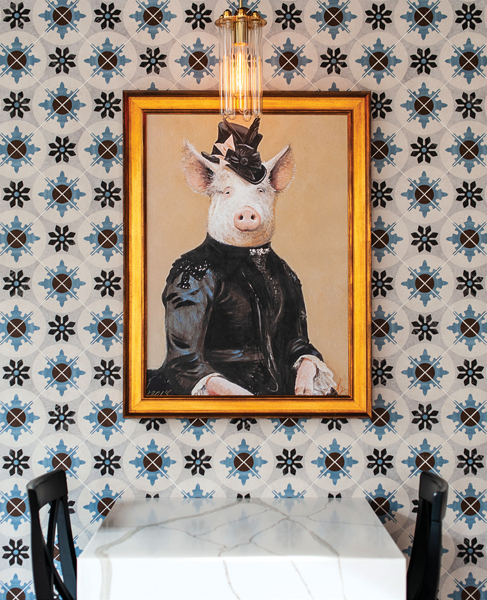 Camden Spit & Larder joins two other recently opened restaurants—Canon and Beast + Bounty—that have significantly upped Sacramento’s food game. Now, it’s no longer enough to just serve good food. Restaurants need to have style, sophistication and a unique point of view. Given that, I can’t wait to see what’s next for this city.