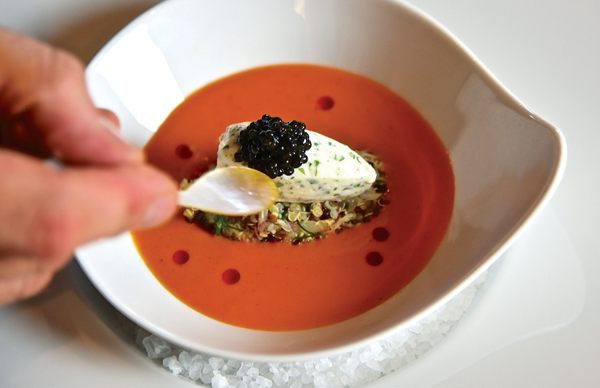 After years of plotting and planning, Sacramento chefs finally get The Michelin Guide to take notice.

In 2009, Pajo Bruich had stars in his eyes—Michelin stars, that is. A young chef who hosted occasional pop-up dinners, Bruich dreamed of being the first person to bring a Michelin star to Sacramento. By 2012, he was in charge of the kitchen at Enotria on Del Paso Boulevard, overseeing an ambitious menu and a team of cooks, wine experts and hospitality staff capable of winning a star. The only problem? The Michelin Guide didn’t review Sacramento restaurants.

For local chefs and tourism officials, bringing Michelin to Sacramento was a largely under-the-radar project that lasted almost a decade until earlier this year, when Michelin published its first-ever statewide California guide. It includes Sacramento along with culinary powerhouses like San Francisco, Napa and Los Angeles. 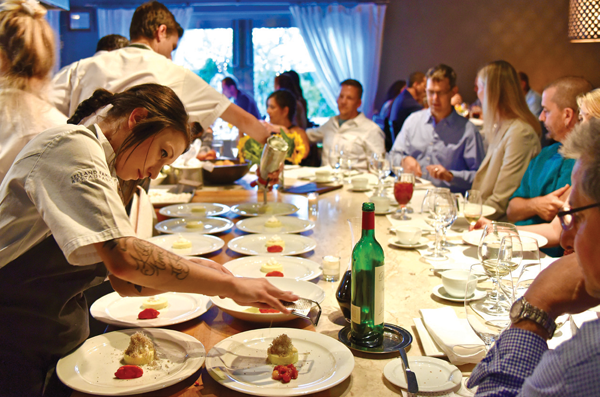 In June, The Kitchen became the first Sacramento restaurant to receive a Michelin star. A handful of other local restaurants received lesser but still valuable recognition from Michelin in the form of Bib Gourmand (for restaurants that are “inspectors’ favorites for good value”) and Michelin Plate (for “good cooking, fresh ingredients, capably prepared”).

Kelly McCown, the executive chef at The Kitchen, is a Michelin veteran. He was at Martini House in St. Helena when it won a star; his Napa restaurant Goose & Gander received a Michelin Plate. Over the past decade, McCown has toggled back and forth between Sacramento and Napa, working on three different occasions at restaurants owned by the Selland family. In 2010, while at Ella, he started a group called Sacramento Chefs Forum. Its goal was to raise the local restaurant scene’s profile and make Sacramento a nationally recognized food hub like Napa. And just possibly bring Michelin stars to the capital city.

The group put on special one-off dinners and met to discuss ways to shine a spotlight on Sacramento. Its chefs cooked at high-profile, out-of-town events such as Pebble Beach Food & Wine and Cochon555. The group’s members were collaborative and friendly, offering a hand up to newer, younger chefs.

Chef Brad Cecchi is a Sacramento native who worked at Mulvaney’s B&L and Grange before ending up at Solbar, a Michelin-starred restaurant in Calistoga. In 2017, he returned home to open Canon in East Sacramento. About a year ago, rumors started to fly that Michelin inspectors were in town, quietly reviewing restaurants for an upcoming guide. People asked Cecchi if he thought the rumors were true. No, he said.

Unbeknownst to Cecchi and pretty much everyone, the state tourism board and the Visit Sacramento group had been working with Michelin to publish a California guide. A $600,000 payment from Visit California helped seal the deal. The money funded the extensive reviewing by Michelin inspectors, who anonymously visit restaurants multiple times. 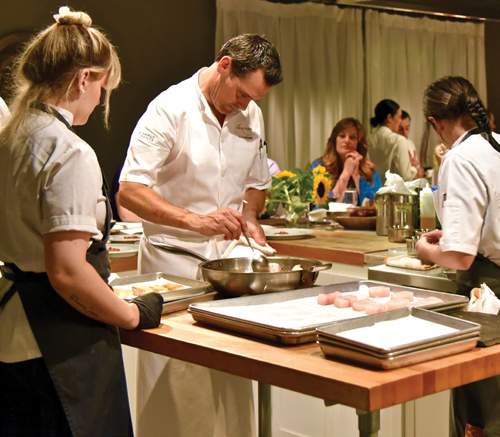 In March, Michelin announced the forthcoming publication of the new guide at an event at Golden 1 Center. In April, local restaurants started receiving requests from Michelin for photos. Canon was one of them. “So we knew we’d been reviewed,” Cecchi recalls. “At that point, we were hopeful, expecting something.” In May, Cecchi learned that Canon, along with Mother and Frank Fat’s, had received a Bib Gourmand. “Everybody wants a star,” he says. “But Bib Gourmand is a special award. It really suits what we do at Canon.”

On June 3, Kelly McCown was in Huntington Beach for the Michelin star reveal ceremony. Although he’d received an invitation, he didn’t know for sure if The Kitchen would receive a star. The pressure, he says, was intense. “All fingers were pointing at us to bring it home,” he recalls. When The Kitchen’s star was announced, he felt relief.

By the time Michelin came to Sacramento, Pajo Bruich was no longer dreaming of stars. Enotria had folded in 2014, and he’d gone to work in the Bay Area. He was at Bourbon Steak in San Francisco when that restaurant received a Michelin Plate. “It was a nice little nod,” he says. Now, he works in business development for Guckenheimer, which runs Google’s cafes and food operations. For him, Michelin’s arrival in Sacramento is bittersweet. “It’s bitter for me because

I’m not cooking here,” he explains. “But it’s sweet because Sacramento has been recognized.”

One Star
The Kitchen