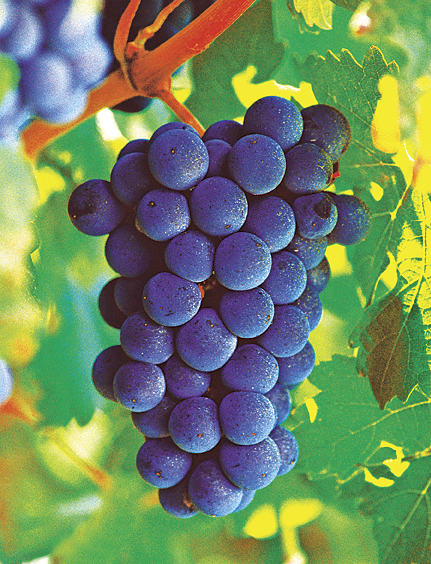 Terroir: the environment in which a wine is grown and made

Wine of Terroir: a wine with a recognizable aroma, taste and mouthfeel that link it to its place of origin

Some wines taste of a place, smacking so strongly of a particular sensory profile that many experienced wine lovers could pick it out of a lineup. Whether it is a Goldtröpfchen Riesling from the Mosel in Germany or Hermitage from the Rhone Valley in France, the right grapes in the right place can consistently produce a telltale taste. This phenomenon is called terroir, and the concept increasingly is applied not only to wine but to other foods as well, such as Prosciutto di Parma, Vidalia onions and Mont d’Or cheese.

The first order of business is the word itself. It’s French and pronounced tehr-wah. Put a little trill on the first r for fun, and end with a penetrating look. It’s a mystery, this terroir, you say, but I know it when I taste it.

UC Davis wants to help the wine world get more specific in its definition of terroir. To this end, the Robert Mondavi Institute for Wine and Food Science recently held Terroir 2006, an international cuve of soil scientists, geologists, winemakers, botanists, climatologists, geographers, farmers, sommeliers and journalists for four fascinating days of sniffing and swirling.

The study of what terroir is, I presume, will lead to the study of how to manipulate it. Silly humans. Terroir is from God, or so thought the German monks, who treasured Pinot Noir and Riesling wine grapes for their clear expression of a site. They called terroir transparency, and the term is still used today to mean that the site is visible in the wine. While many winemakers I’ve worked with have egos of Zeuslike proportions, every last one of them knows that to get a wine of terroir, the winemaker puts down the pumps and centrifuges and lets the personality of good grapes shine through.

* Love at First Site
The physical environment is a common denominator of terroir, but how much it matters remains controversial: Everyone knows you can’t grow Burgundy at the North Pole, but some winemakers, or at least their marketing staffs, believe you can make Burgundy in California. Here are some of the site specifics that affect wine quality:
> Geology. What lies beneath may be anything from a high water table to a simmering volcano.
> Soil. Dirt is never just dirt: Think nutrients, microbes, moisture and heat capacity.
> Climate. Rainfall (including hail), temperature fluctuations, plus winds like the Rhone’s mistral.
> Aspect. Is the slope south or north facing, and at what angle?
> Elevation. Mountain-grown vineyards look down on those at the valley floor.

* People Matter
People are an often-overlooked part of terroir. Many wine regions are recognizable in the glass due to historic habits, if not formal agreements, among vintners as to how their wines should be made. Most appellation systems (legal guarantees of origin) in European countries allow and forbid various vineyard management and winemaking practices.

Critics and customers are part of terroir as well. When the U.S. market rewards ripe and oaky wines, for example, the signature flavor of a Napa Cabernet may not have as much to do with the soil composition of the vineyard as the style in vogue.

* Case Study: Champagne
The Champagne region of France is an unmistakable terroir of soil, grapevine clones, climate and human innovation, namely mthode champenoise, the introduction of a second fermentation into a bottle of still wine. When a place name becomes not only the wine from that region but a wine style, trade negotiations get sticky. Rightly, Champagne by any other name is sparkling wine (California), cava (Spain), sekt (Germany) or moscato d’Asti (Italy).

* Elaine’s Picks of the Month
There’s no easier way for me to teach the idea of terroir than to serve my students two glasses incognito. One flute contains MoÃ«t & Chandon NV Brut Imperial Champagne ($32, Beverages & More!), and in the other sparkles a NV Brut Reserve ($20, Beverages & More!) from Domaine Chandon, the first of several California outposts founded by large Champagne houses. The difference between the French Champagne and the upstart from Napa is always clear; tasters run 50â€“50 as to which they like best.

– Wine Trivia Contest
>> If you have a white wine from the Burgundy region of France, the grape used was
A) Pinot Gris
B) Chardonnay
C) Riesling
D) A blend of these
E-mail your answer to wine@sacmag.com by June 15. The winner will receive an insulated two-bottle wine tote from Built NY. Make sure to include your name, address and telephone number. The winner will be selected by random drawing from all the correct responses.