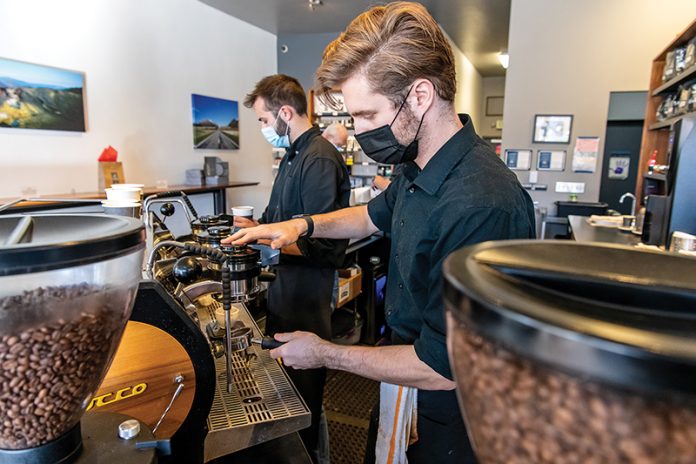 Compared to restaurants, coffee shops appear to be weathering the pandemic pretty well. “We feel so lucky compared to our restaurant friends,” says Edie Baker, who owns Sacramento’s Chocolate Fish Coffee with her husband, Andy.

Why the difference? For one, a huge part of the coffeehouse business was grab and go even before the pandemic. Sure, plenty of people camp in their local cafe for hours to work, visit with friends or just hang out. But plenty more use the cafe as a quick stop for a takeaway morning jolt before heading out to their daily life. As a result, government-ordered shutdowns didn’t have the massive effect on cafes that they did on restaurants, which rely on people dining—and spending money—indoors.

Another factor: Compared to dinner in a restaurant, coffee is an affordable indulgence. In fact, for many coffee drinkers, it’s more a necessity than a luxury. Basically, they’re addicted. All of which means that cafes ultimately may prove to be highly resistant to the coronavirus. 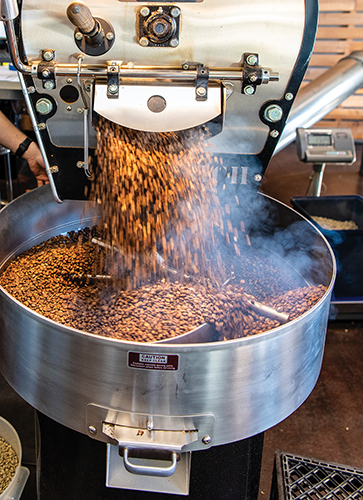 Take Chocolate Fish, for example. Since 2008, when the Bakers opened their first coffeehouse in downtown Sacramento, the company has grown steadily to include three stand-alone shops, a roastery, four in-store Raley’s cafes (with more to come) and a licensing agreement with the airport. In March, when the first stay-at-home order went into effect, Baker and her husband cut their stores’ hours, laid off employees and took on extra duties. But within a month, they were exhausted and burned out. “We realized we were going to make it, so we brought people back,” says Baker.

In the past year, the Bakers closed one shop but opened another. With downtown virtually deserted as state employees worked from home, they shuttered their original cafe at 4th and P for good. But they jumped when they were offered an already-built-out space on Blue Ravine Road in Folsom. “The hardest part of opening a cafe is laying out $250,000 to build a new space,” says Baker. “This one was already done. For us, it was a smart move.” It felt a little scary to make the leap in the middle of an economic and public-health crisis, she says, but “that’s business: You’ve got to take risks and try to move ahead.”

The other two Chocolate Fish locations—in East Sacramento and Land Park—have held their own in the pandemic. The East Sac store also houses the company’s roastery, which is kept busy supplying coffee for grocery stores, espresso bars and web customers. (Online sales have doubled during the pandemic.) The Land Park shop, open only two years, has found its footing. “You go over there on a weekend and it’s crazy,” Baker says. “There are people everywhere.”

The pandemic, catastrophic as it has been, has even brought some positives to the business. The Bakers have had to tighten their belts, eye every expenditure and create new policies and procedures. They’ve improved their website, added drinks to the menu and tweaked their point-of-sale system to allow online ordering. “It’s made us look at our business completely differently,” Baker says. “We’ve had to think outside the box.” 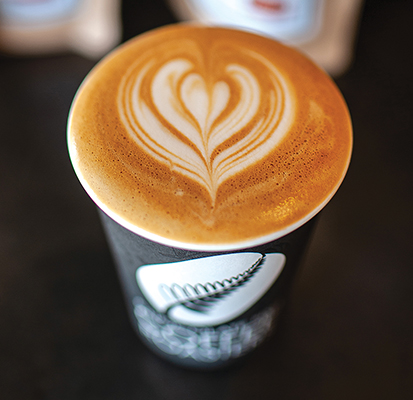 Thinking outside the box has been part of Chocolate Fish’s business plan from the start. It introduced Sacramento to two New Zealand espresso-house staples: the flat white—a double shot of espresso with steamed milk and a finger of foam—and the long black—a double shot of espresso over hot water. (Andy is from New Zealand.) It was the first Sacramento coffeehouse to serve nitro brew. To promote specialty coffee, the Bakers helped start Specialty Coffee Week and SPLAT, Sacramento Public Latte Art Tournament.

As for whether cafe culture—the gathering together of people in a “third place” over a cup of expertly brewed coffee—will survive COVID-19, Baker is optimistic. “I think we will all embrace it like mad when we’re back to normal,” she says. 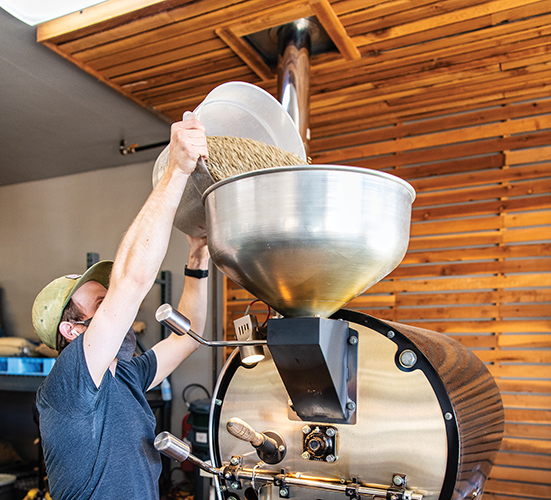