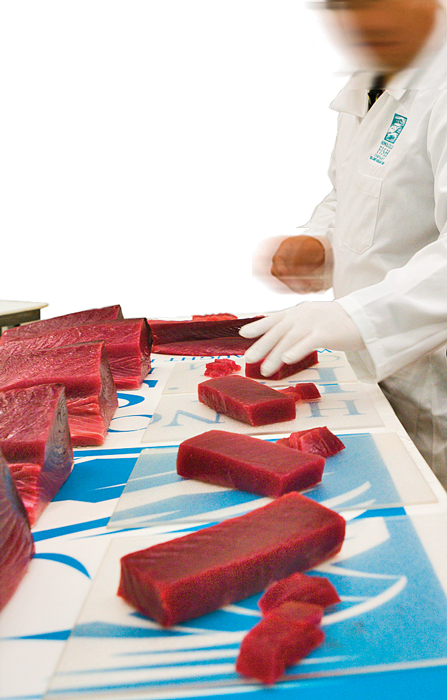 Before plunking down any funds for fish, Deneb Williams plays detective.
Is it fresh? (How fresh?) In which ocean was it caught? Day boat or giant vessel? Hook-and-line or net? And that’s just a start.
Playing seafood sleuth is nothing new for Williams, executive chef of The Firehouse Restaurant in Old Sac. He’s been doing it, he says, for some 20 years. But thanks to the growing interest in sustainable seafood—one of the year’s biggest trends, according to a National Restaurant Association survey—more and more chefs are doubling as seafood detectives in an effort to serve customers the freshest, most eco-friendly fish.
The best way to ensure a good catch? For Williams, it boils down to the old-fashioned art of relationship building. “I’ve worked with the same vendors for years,” he says. Fishmongers will tell fishy tales, he says, because it’s their job to sell the oldest fish. “They might be calling it ‘fresh’ when it’s really 10 days old.”
One of Williams’ main suppliers is Honolulu Fish Company. The company’s sales rep provides him with so much detail, Williams often knows which day boat caught the fish—as well as the name of its captain. “They’ve got an amazing reputation with chefs all over the world,” he says. “They tell it to you straight and will put the fish in a FedEx box and ship it to you the very next day.” With less-scrupulous vendors, he says, you run the risk of buying fish that has lingered several days at sea.
To ensure safety and sustainability, Williams relies heavily on Monterey Bay Aquarium’s Seafood Watch program and suggests consumers do the same. It’s easy: Visit montereybayaquarium.org.

Dorsey Griffith and Photography by Francisco Chavira - July 26, 2021
Near me
40 miles