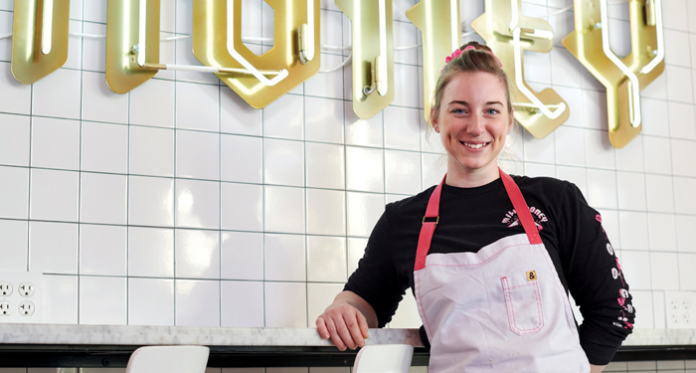 Pastry chef Rebecka Smith turned a childhood love of baking cookies and pies with her grandmother into a career creating desserts at some of the area’s finest restaurants, including Hawks and Enotria. She was mentored by acclaimed pastry chef Edward Martinez, recently taking over for him following his departure from the highly anticipated doughnut and ice cream shop Milk Money and its sister establishment, Beast + Bounty. We sat down with Smith recently to talk about her culinary heroes, where she finds flavor inspiration, and the joy of keeping baker’s hours.

How does it feel to move between creating fine-dining desserts for Beast + Bounty and off-the-wall doughnut flavors at Milk Money?

It satisfies everything that I like to do. At Beast + Bounty, I get to do all of the nice, intricate desserts and I also get to do all the bread production, which is one of my favorite things. Add in the doughnuts and ice cream and I get the best of both worlds. I get to do it all.

Milk Money had already branded itself as a “gangster-ass” ice cream and doughnut shop when you took over the reins. What personal stamp will you put on it?

I’m really good friends with Edward Martinez, so I was totally behind the “gangster-ass” concept, but I’m excited that I’m at the wheel now. I’m the one feminine person that they have on their management team. I’m excited that I get to put a feminine touch on things. We were playing around with some doughnut names the other day and I was introducing some girlier names, which is fun.

Christina Tosi is one of my favorite female chefs. I’ve got all of her books and I’ve watched her episode of “Chef’s Table” like four times in a row. Having her describe the simplicity of the cakes that she does, that’s kind of how I feel about cakes, too. Cakes can be so intricate. I don’t have the patience or a steady enough hand for super fancy cakes, so I love the things that she does.

Do you have other culinary heroes?

At Hawks I started working with Edward [Martinez]. He shaped me and molded me. I’ve looked up to Edward for the last seven years. He’s helped me to get where I’m at now. I like his style and I like the way that he does things. He has always been my biggest hero.

Where do you turn for inspiration for your doughnuts?

I talk a lot with [executive chef] Brock [Macdonald] and with the other chefs at Beast + Bounty. I often go off of candy bars or crazy cake flavors—flavors that have been around a long time—and then I add a twist to make them mine. I recently did a vegan doughnut with vegan caramel popcorn and vegan candied peanuts, kind of like a Cracker Jack doughnut.

How do you survive the early-morning work hours?

Now that Milk Money is open, I plan to be here by 1 a.m. I love the early hours, though, especially being there by myself and getting everything in order. It makes me feel like I have a little bit more control and I feel like I’m more productive. 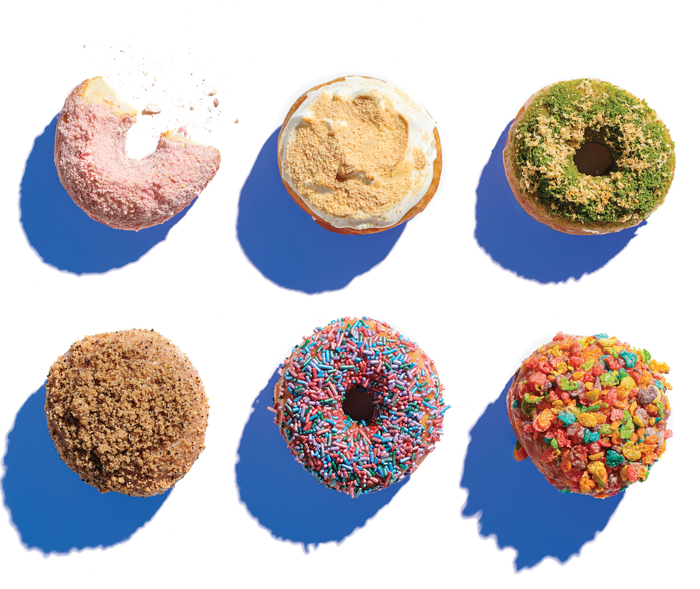