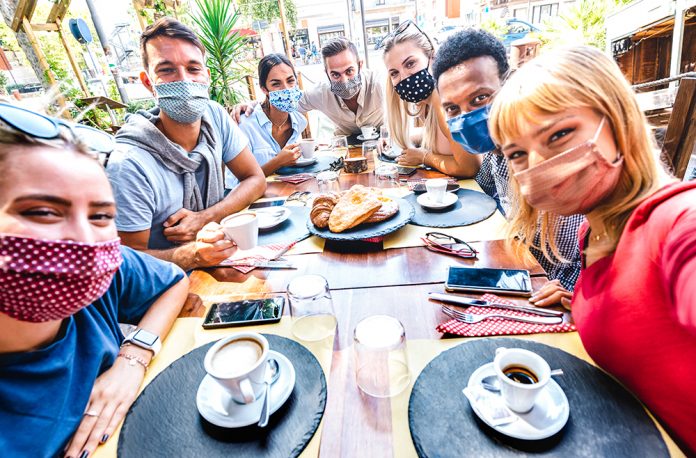 Simpler menus. New technologies. Work-life balance. Those are just a few of the changes wrought by COVID-19 at local restaurants. We caught up with three Sacramento restaurateurs for their stories of the pandemic.

During the pandemic, Michael Hargis proved to be one of the most agile and innovative restaurateurs in town. He convinced the city to close a portion of 20th Street to traffic in order to move LowBrau beer hall to the street. He turned meat-centric Block Butcher Bar into a vegan sandwich takeout spot, used a delivery service to boost Milk Money’s doughnut business by more than 100 percent and opened a pizza-and-wine “streetery” near the Ice Blocks. The pandemic gave him a chance to step back and simplify. “We learned to be more casual,” he says. “I know there are people in town pressing for Michelin stars, but for us, dining is entertainment and fun. We want things that are approachable.”

As Sacramento County began to allow limited indoor dining this spring, Hargis was both excited and “riddled with anxiety” as he prepared to reopen Beast + Bounty, his hip live-fire restaurant on R Street, with a new chef and a rejiggered menu focused on pizza and salad. Throughout the pandemic, he’d learned the value of flexibility. He recently decided to move Love Child, his vegan sandwich business, into an Airstream trailer on the street near LowBrau and turn Block Butcher Bar into a bottle shop. He also began exploring new, contactless ways of ordering. “Younger guests are used to doing everything on their phones,” he says. “At a casual place like LowBrau, you can get direct, quicker service.” And he’s optimistic for the future. “There will be a lot of opportunity in this city,” says Hargis. “People want to be together. The question I ask myself is: What can we do to continue to generate culture and experiences in this city?”

Pre-COVID, Federalist Public House functioned as a community watering hole, where strangers sat, cheek by jowl, at long outdoor picnic tables, eating pizza and drinking beer. COVID, of course, put an end to that forced intimacy. But the spirit of community persisted, even as the physical closeness did not. “The one compliment we keep hearing from guests is that it still feels like the old Federalist,” says owner Marvin Maldonado, who got rid of the community tables and expanded the restaurant into an adjacent parking lot. “You can still see the table next to you, six feet away, and you can still hear and see the movement and excitement of the restaurant. The core atmosphere still exists to this day.”

One of Sacramento’s original shipping container restaurants, Federalist was very much a seasonal experience: alluring when the weather was nice, not so much when it was cold and rainy, or when temperatures soared into the 100s. COVID changed that, too. “People’s willingness to eat outdoors has changed,” Maldonado said. “During COVID, if you wanted to eat out, you had to eat outside. So everybody grinned and bore it.” Even so, much of Federalist’s business shifted to takeout during the pandemic. Maldonado reformulated his recipes to make the pizza more travel friendly and, thanks to changes in state alcohol regulations, started selling more beer and sangria to go—a change he hopes continues post-pandemic. “We’ve all figured out how to be adults during COVID,” he says. “I’m hoping that sticks around.”

According to Maldonado, one of COVID’s silver linings was a change in how diners view and treat servers. “People are thinking about servers right now. I’m seeing tip levels I’ve never seen before. It’s up over 18 percent now,” he says. The lesson? “I think everybody now can use a lot more grace.”

If you’d asked Elizabeth-Rose Mandalou back in early 2020 about her goals, she would have said she wanted a Michelin star. It certainly seemed within reach: Just a year earlier, Allora, the modern Italian seafood restaurant owned by Mandalou and her husband, Deneb Williams, had received a Michelin Plate designation, one step below a star. But then came COVID, and Mandalou found herself fighting just to keep the doors open.

It was a tough year for a high-end, fine-dining restaurant like Allora, which closed and reopened several times. To keep the lights on and the staff paid, Mandalou and Williams experimented with several iterations of takeout food, including budget-friendly entrees for one, higher-end three-course meals and take-and-bake options like lasagna. Early in the pandemic, when they were able to open briefly for on-site dining, they switched from a la carte ordering to a prix-fixe menu with options for three, four or five courses in order to guarantee their revenue stream. No longer could a diner order just a plate of pasta and a glass of wine. They also instituted a 20 percent service fee, which is shared between employees in the front and back of the house. “They’re some of the best-paid kitchen staff in Sacramento,” she notes. “That’s a point of huge pride for us.”

The pandemic gave her time and space to step back and focus on aspects of her business. On a personal level, she learned to take time for herself, to slow down and not think about the restaurant every second of the day. But as life has slowly started to return to normal, her mind is returning to her original goal: “I want a Michelin star again,” she says.