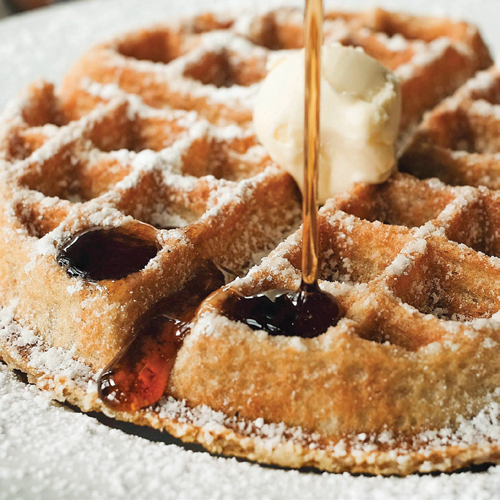 For the past decade, Lucky Rodrigues has been known as a coffee guy. Now he’s expanding into the food world with Simpleton, a midtown eatery that he opened last summer with his longtime business partner, Ryan Rake.

One of the original founders of Insight Coffee Roasters, Rodrigues went on to start Identity Coffees, an artisanal coffee roaster and cafe, in 2016. But he and Rake decided not to follow the traditional path of other coffee entrepreneurs, opening more cafes with the same name and format. “All our projects are unique,” says Rodrigues. 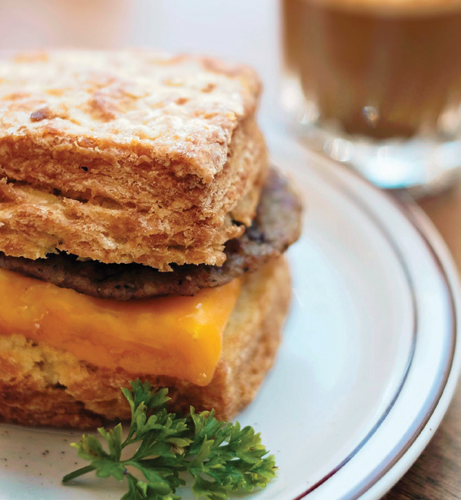 Inspired by New York City diners from the 1970s, Rodrigues created a space with booths where diners can order breakfast all day long. The menu includes breakfast mainstays like waffles, scrambles and biscuits along with millennial faves like avocado toast. It’s the NYC diner reinvented for the 21st century, where your latte comes with foam art and there’s a hip playlist on the sound system.

Located in an old, window-filled corner market building in midtown’s Boulevard Park, Simpleton has been deluged with crowds on the weekends. “The response has been insane,” says Rodrigues, calling it “intense and wild.” But don’t look for his next project to be a clone of this one. “We’re trying to do something different.”