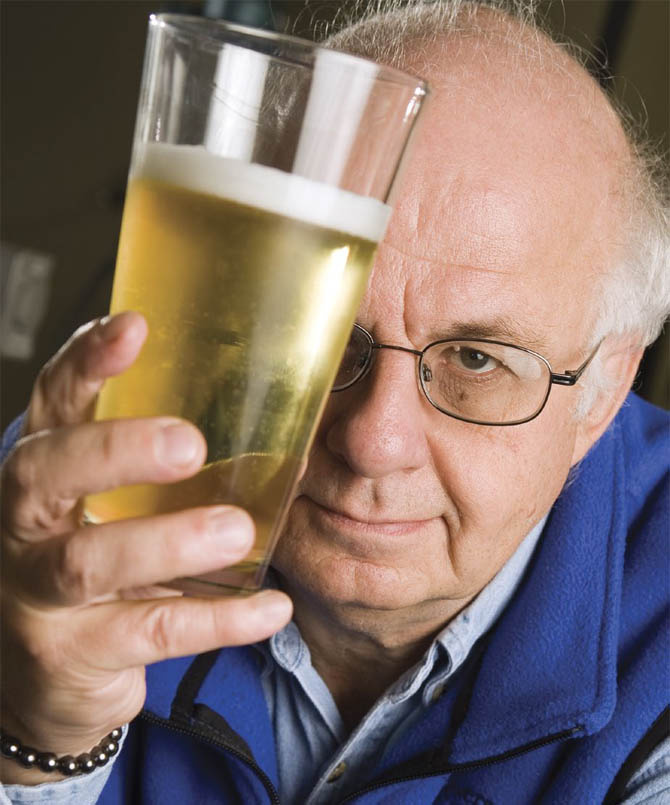 Charlie Bamforth is the Anheuser-Busch endowed professor of brewing science at UC Davis and author of Beer Is Proof God Loves Us. Here, he speaks with Sacramento magazine about the ever-changing beer culture.

YOU WERE BORN AND EDUCATED IN ENGLAND. DO YOU MAINTAIN AN AFFINITY FOR ENGLISH BEERS, OR HAVE YOUR LOYALTIES SHIFTED OVER THE YEARS? Oh, I have an affinity for all beer, but I miss English cask-conditioned ales. And I miss the English pub. But sadly, they are falling away too rapidly.

WHAT COULD AMERICANS LEARN FROM ENGLISH PUB LIFE? Get rid of the televisions.

ARE YOU HEARTENED BY THE CURRENT INTEREST IN CRAFT BEERS? ANY DOWNSIDE TO IT? I delight in the craft-beer sector. Long may it continue. Sierra Nevada Brewing Co. is just brilliant, the most beautiful brewery in the world. I wish everybody did it as well as [Sierra Nevada’s] Ken Grossman, who’s the most impressive guy I’ve met in the brewing industry in my whole career. Here in Sacramento, I am very partial to the Ruhstaller story. What I delight in in the craft sector is that they are regenerating interest in beer. The things I don’t like—they are not in the Sacramento region, but there are one or two elsewhere—are those that delight in rubbishing other people’s beer.

IS THERE ANY BEER LEFT OUT THERE THAT YOU’VE ALWAYS WANTED TO TRY BUT HAVEN’T? I don’t think there is.

HOW ABOUT A BEER YOU’VE TRIED AND WISH YOU HADN’T? There are a few of those! What I would say is this: The Golden Rule is to drink a beer that is brewed as close to you as possible. Beer does not travel well.

WHAT HAS BEER BROUGHT TO YOUR LIFE, ASIDE FROM A SUCCESSFUL CAREER IN TEACHING AND RESEARCH? What it certainly has done is taken me around the globe. I’ve seen some amazing places. I have friends and colleagues on every continent with the exception of Antarctica. Whether I’m in Australia or New Zealand or India or Japan or anywhere in Europe, I have friends and people I can exchange ideas with and we can challenge one another’s notions of the science and technology of brewing. My professorship is endowed by a brewing company, so I can celebrate that at events and dinners. I can say, ‘Here’s a beer from the company that endows me.’ The guy who’s the professor of nuclear physics can’t walk around with plutonium in his pocket or whatever.

Interview with a Bartender

A Taste of Spain

Mari Tzikas Suarez and Photography by Kat Alves - February 23, 2020
Near me
40 miles