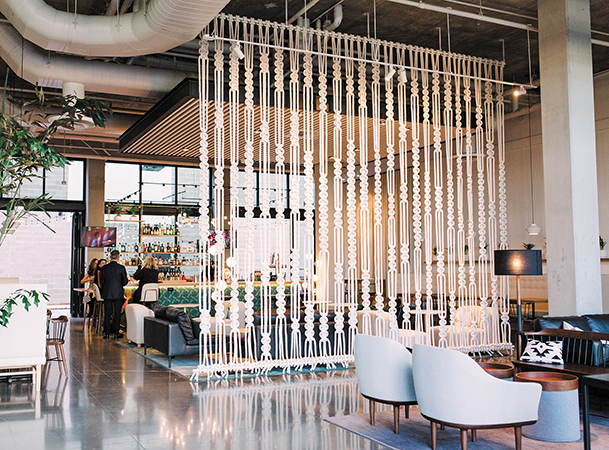 Don’t get Randy Paragary started on the governor and his whipsawing COVID restrictions. Red tier, purple tier, no to indoor dining, yes-no-yes to patio dining—it all makes him see red.

“I don’t think it’s fair,” says Paragary, perhaps the most successful restaurateur in Sacramento’s history, with a decades-long string of bars and restaurants to his name, including Paragary’s, Esquire Grill and Centro. His tone is mild but his frustration is real with Gov. Gavin Newsom’s shifting edicts on when and how California’s restaurants can reopen during the pandemic. “It’s too much power for one person.”

Paragary has been at this business for more than 50 years, ever since he opened a saloon called The ParaPow Palace back in 1969. Think of it: a half-century of remaining relevant and satisfying fickle diners’ demands for the latest and greatest. And through it all, he’s never seen anything like this pandemic. His business is off 75 percent. He had to lay off more than 200 employees. Global recessions, bubbles, crashes, inflation, high interest rates—this is “10 times worse,” he says. “They never closed us.”

Some people might consider this a good time to retire. But Paragary—along with his wife and business partner, Stacy—just opened a $28 million boutique hotel on the site of Paragary’s original Cafe Bernardo. Fort Sutter Hotel is a six-story building with 105 hotel rooms, a sleek bar and a brand-new, spiffed-up Cafe Bernardo restaurant. It’s part of the Tapestry Collection by Hilton, a group of independently owned, upscale hotels that includes properties in New York City, Washington, D.C., San Diego, Salt Lake City, Madrid and Paris. 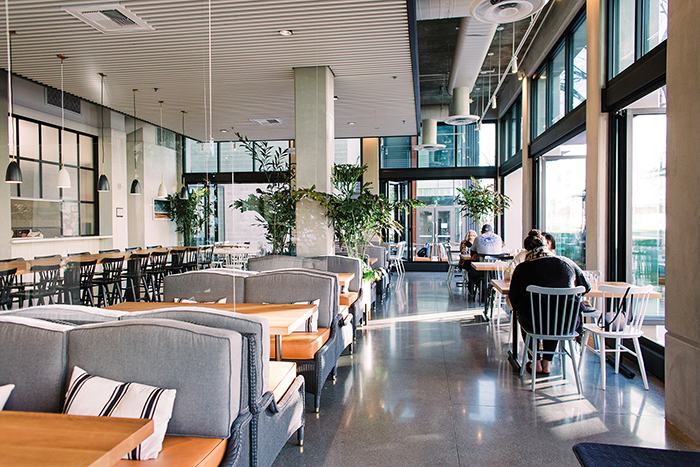 The hotel is situated at the corner of 28th Street and Capitol Avenue, across the street from Sutter Medical Center and next to B Street Theatre’s The Sofia. Paragary had been talking about putting a hotel on that corner for 20 years. The area has been under construction for almost that long, between the nearly $1 billion medical complex, a nearby hospital parking structure and the theater.

Because they’re new to the hotel business, the Paragarys needed to partner with a big brand. They interviewed major hotel groups, but most required them to use the hotel’s own restaurant, while they wanted to put a Cafe Bernardo in the project. It was “thrilling to us,” Paragary said, when they discovered Hilton would let them do it their way. As franchisees, they operate under the Hilton corporate umbrella.

Ron Vrilakas was the architect for the project, which has a simple, modern brick-and-glass façade. Stacy oversaw the design, a Cali-Scandi mash-up of midcentury-modernish furnishings and rustic woods. A massive, floor-to-ceiling fiber-art installation separating the lobby from the bar looks like a wall of macramé knitted by giant fingers.

Because of the state’s pandemic closure rules, the bar (named Four Palms after four century-old palm trees flanking the hotel’s 28th Street entrance) isn’t open to the public yet. But just a week before the hotel’s grand opening, the governor lifted the outdoor dining restriction that had particularly antagonized local restaurateurs. In a bit of luck, Cafe Bernardo has accordion windows that disappear into the walls, bringing in enough air to allow diners near the windows to sit indoors.

The cafe offers counter service at breakfast and lunch, table service at night. Overseen by the Paragarys’ longtime partner, executive chef Kurt Spataro, the menu is the signature Cafe Bernardo selection of well-priced salads, sandwiches, burgers and entrées. What Sacramentan hasn’t tasted Bernardo’s Thai noodle salad or grilled salmon BLT, its pan-seared Mary’s chicken breast or spicy fennel sausage pizzetta? It’s a durable concept that has kept customers coming back for 25 years. Paragary believes Cafe Bernardo will be a home run as a hotel restaurant. “Restaurants inside hotels tend to be very formal and fussy—and expensive,” he says. “I think this will be very desirable.”

Despite the difficulties of operating in a pandemic, Paragary still has energy and enthusiasm for the industry he’s dominated for 52 years and counting. “It’s fun!” he says. “Opening a hotel is a dream come true for a guy in the restaurant business. It’s full hospitality.”