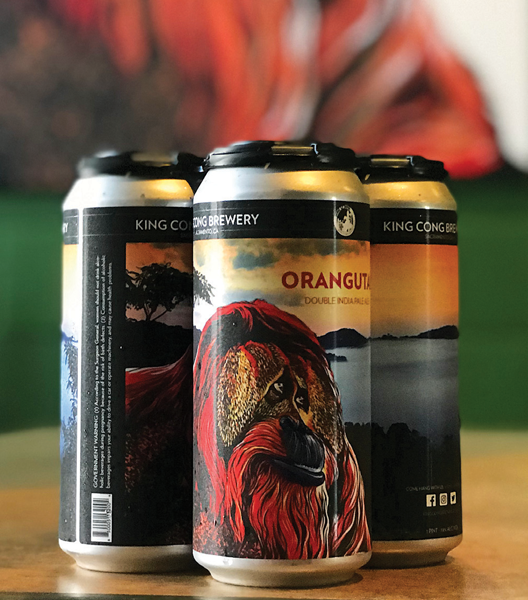 The craft beer scene continues to grow and grow.

Defying dour predictions of a bursting bubble and bucking the nationwide trend of plateauing sales, the Sacramento-area craft beer scene has continued to expand exponentially. More than a dozen new breweries have debuted in the region in the past year and a half, including some of the most highly acclaimed suds slingers in the state, and more are coming. Here are some of the most notable new additions to the local brewery experience.

Owner and head brewer Cong Nguyen premiered his simian-themed brewery in late 2017, and he’s been turning out quaffable IPAs ever since. With a cozy tasting room, a covered outdoor patio, regular live entertainment and game nights, King Cong is bringing new energy to a long-neglected stretch of Del Paso Boulevard.  The brewery held its first can release in early February, and Nguyen hopes to expand distribution into the Bay Area in 2019 after recently adding accounts in Davis and Fairfield. 1709 Del Paso Blvd.; (916) 514-8041; kingcongbrewing.com

After a celebrated stint at Abnormal Beer Company in San Diego, Moksa head brewer Derek Gallanosa was already one of the most respected brewers in the country when his new project opened in Rocklin in early 2018. The decadent pastry stouts and insanely fluffy New England IPAs that Gallanosa turned out over the past year only burnished an already sterling reputation, to the point that RateBeer recently named Moksa the sixth-best new brewery in the world. 5860 Pacific St., Rocklin; (916) 824-1366; moksabrewing.com 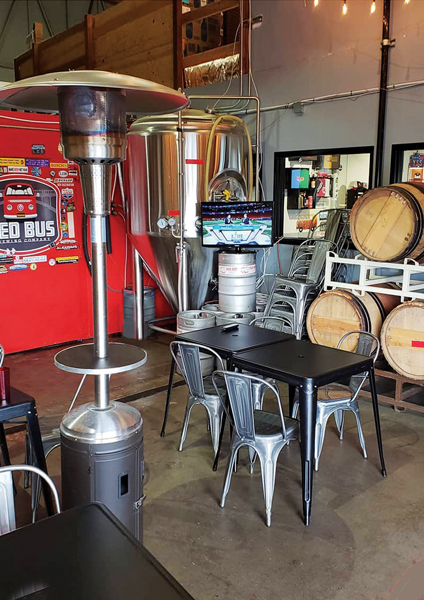 Located in the same building that holds his long-running home-brewing supplies store, The Brewmeister, owner Erik Schmid’s Volkswagen-inspired Red Bus is the first production brewery in Folsom since the 1880s. Apparently, those 130-some years were worth the wait, as Red Bus is already the third-highest-rated Sacramento area brewery on Untappd. Head brewer Nik Stevens has garnered acclaim for his facility with lagers and classic European styles, but the brewery is starting to focus more on its extremely popular IPAs while also developing a barrel-aged sour program. 802 Reading St., Folsom; (916) 467-7790; redbusbrew.com

Expectations were understandably sky-high when the super-friends dream team of Pangaea owner Rob Archie and local brewing legend Peter Hoey announced that they were opening a brewery and smokehouse together. Over the next year, expect a fresh slate of IPAs courtesy of new head brewer Peter Salmond, as well as a gradual rollout of the brewery’s intensely anticipated sour beers. “We’re starting to taste and think ahead for blending options and what these beers are going to look like,” Hoey says. 1322 V St.; (916) 706-3741; urbanrootsbrewing.com

When Alaro opened in the empty Rubicon space last June, it came bearing ties to some of the best-known beer brands in the region. Co-owner Annette Ballestero was one of the founders of River City, while head brewer Chris Keeton used to make beers at Rubicon. Even with all that experience, Alaro still became the youngest brewery to ever win a gold medal at the Great American Beer Festival last September, as the malty and balanced Castillo earned top honors in the English-style IPA category less than three months after the brewery and restaurant opened. Alaro is sourcing as many locally grown hops and malts as possible. “We’ve worked with two different farms in Sacramento that are growing hops for us now,” says co-owner Ray Ballestero. “We wanted to take that local, farm-to-pint story, but make it more real.” 2004 Capitol Ave.; (916) 436-7711; alarobrewing.com 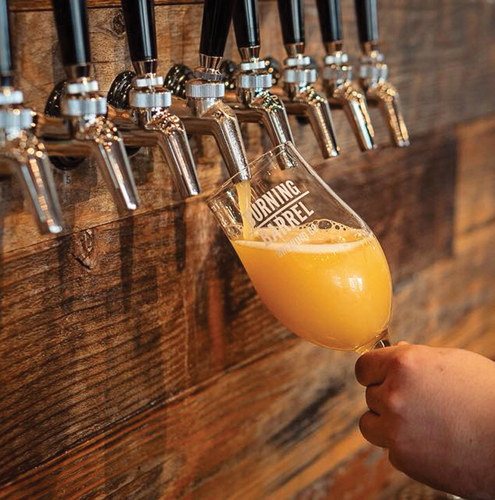 Jack and Duncan Alexander (father and son) not only own this Rancho Cordova-based brewery, but they also built the beautiful wood tables that fill the spacious taproom. Burning Barrel excels in a variety of beer styles, from heavily fruited, Brazilian-style “Catharina sours” to unique offerings like Nutty Beerista, a “latte-inspired” milk stout brewed with coffee, vanilla and hazelnut. Instead of the usual trivia nights, the brewery hosts a weekly bingo event, giving away prizes like Sacramento Kings tickets and passes to the Burning Barrel Holiday Extravaganza, an on-site party that featured a selection of six Christmas-themed beers. “If we’re going to hold an event, I want to go all out,” Duncan says. 11210 Sun Center Drive, Rancho Cordova; (916) 382-4846