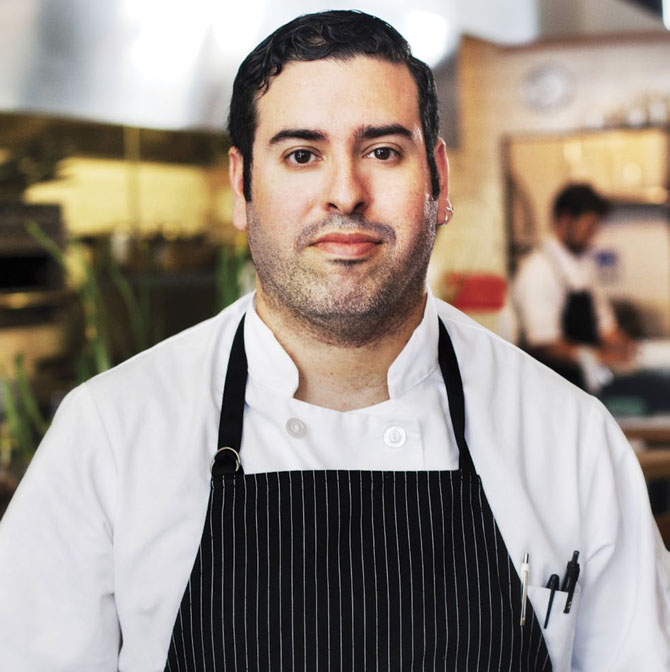 It was a sad day for Sacramento when chef/restaurateur Mark Liberman closed up Black Sheep Butchery and headed for San Francisco. But his new SoMa-district restaurant, AQ, is doing so well that you can’t begrudge the guy. Besides, Liberman says he’ll be back. “I’m definitely working on a restaurant project back in Sacramento,” the 34-year-old said in a recent phone interview. “But, realistically, it won’t be until 2014.” Pressed for further details, he hinted it would be a modern tapas bar. For now, though, his focus is firmly on AQ Restaurant & Bar, which opened this past November and recently was nominated for a James Beard Award for best new restaurant. The Culinary Institute of America-trained chef already has compiled a formidable CV, working with big-name chefs in some of the world’s most dazzling cities: Paris, New York, Las Vegas. Pretty heady stuff for a Folsom High alum who got his start at age 15 as a prep cook/apprentice at Radisson Inn at Lake Natoma.

Q. Why did you close Black Sheep Butchery and pursue this new venture?
It was never brick and mortar. It was a pop-up. So I didn’t really have to continue with it when this opportunity came up. I wish I could have done something first [in Sacramento]. But things just weren’t happening as quickly for me there.

Q. What was your original vision for AQ?
Originally when I met Matt Semmelhack, my business partner, we talked about doing a casual neighborhood restaurant. We wanted it to be fine dining, and we also wanted to do something seasonal with the décor. Everyone does seasonal menus in San Francisco, but we wanted to do something a little different. Matt grew up on the East Coast, and in California you don’t get a lot of winter. So we came up with the idea of a seasonal décor change.

Q. What exactly do you change?
The bar tops change, the counters change, the tabletops, the uniforms, the glassware—things like that. In winter, the counters were marble; in fall, copper; and now it’s wood. We had white chandeliers in winter; for spring, it’s cherry blossoms.

Q. Isn’t it kind of hard to pull off without disrupting business?
It’s a lot of work; I’m not gonna lie. It takes about two days to do it.

Q. What about the food?
Basically, it’s modern California cuisine. We do have a lot of respect for ingredients—we source things locally for the most part, but not always. Poultry and meat all comes locally, but not always seafood, for example, because the California seafood is very limiting. We get a lot from the East Coast.

Q. Any signature dishes?
it’s seasonal. But there are certain dishes that people really like. One is venison tartare. The tartare is slightly cooked and diced, then dressed with salt-roasted celery root, shallots and a mustard vinaigrette. It’s garnished with variations of mustard: pickled mustard seeds, mustard greens and a housemade mustard ice cream. Then it’s finished with coffee gelée and a celery root cake that is infused with coffee. I like people to be surprised when they get it.