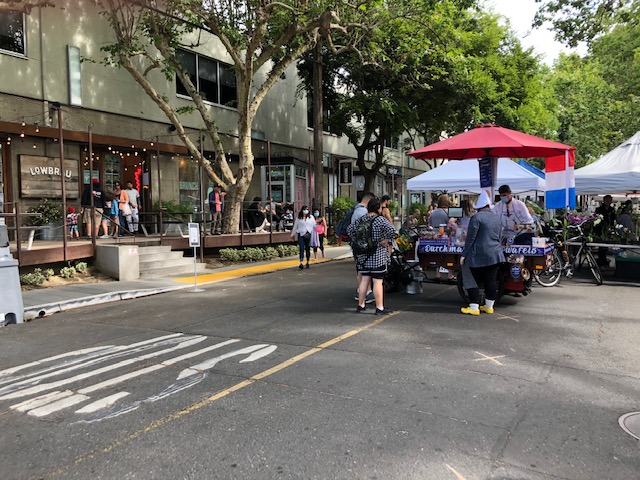 Midtown’s Lowbrau Bierhalle will reopen on Friday, June 19, as an outdoor beer garden in the middle of 20th Street between J and K.

Michael Hargis, Lowbrau’s owner, worked with Midtown Business Association and the city to close that stretch of 20th Street to traffic for the next three months. The street, which is home to the MARRS building, is already blocked off on Saturday mornings for the Midtown Farmers Market and has frequently been closed for block parties and other events. Lowbrau is the first Sacramento restaurant to get an entire city street closed to traffic under the new Farm to Fork Al Fresco (F2FAF) program, which allows restaurants to expand onto public rights of way in order to comply with new pandemic-related social distancing rules. Numerous restaurants have already received permits to operate outdoor patios on city sidewalks and in parking lots.

For the first weekend, Lowbrau’s beer garden will be open on Friday, Saturday and Sunday with 25 tables set up on the street. Tables will be six feet apart for social distancing. Once diners are greeted and seated, they’ll be allowed to order from the inside bar or a temporary outdoor kiosk. 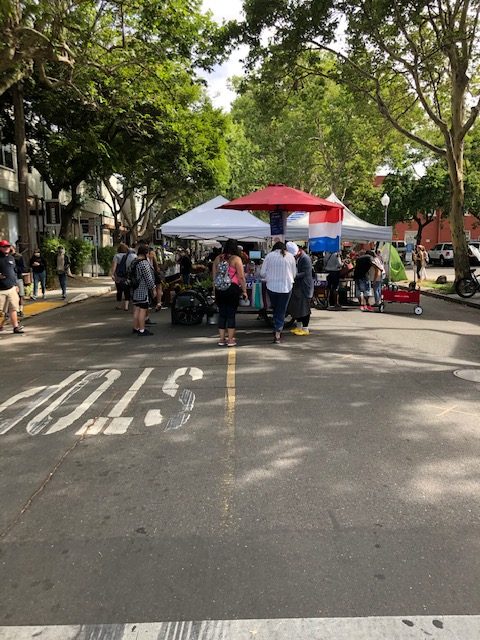 The following week, Lowbrau will be open from Thursday through Sunday. (June 25–28). If all goes well, Lowbrau will probably return to regular business days and hours by the third week, Hargis said.

Lowbrau’s beer garden will occupy the portion of 20th Street from the corner at K to the spot where its sister restaurant, Block Butcher Bar, ends. Other restaurants on the block, including Azul, Nekter Juice Bar and Pizzeria Urbano, could set up tables on the street as well.

For the past eight years, Hargis has organized block parties that attract up to 10,000 people on 20th Street. Other city streets could be closed to traffic if Lowbrau’s beer garden is a success. “We’ll be the pilot,” Hargis said, noting that he would love to see the closure become permanent. “Since year one, I’ve been dreaming of turning 20th Street into a city park—a place for the community to hang out under a shaded canopy. This has the potential to be a catalyst for full-time closure.” 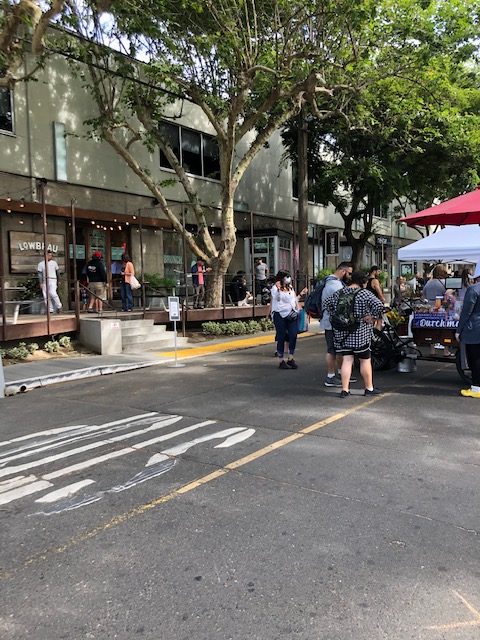