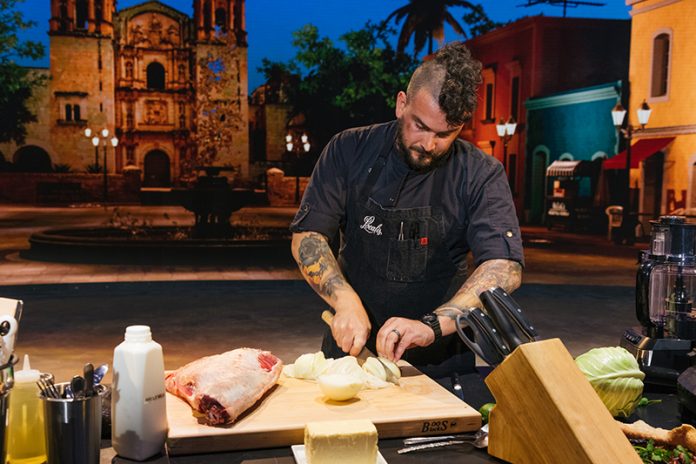 Sacramento chef Chris Barnum-Dann appears as a contestant on a new cooking competition TV show premiering this weekend on discovery+. Barnum-Dann, owner of Localis in midtown Sacramento, competes against three other chefs on an episode of “The Globe,” a show that tests the chefs’ abilities to cook food from some of the world’s greatest food destinations.

The show is similar in format to Food Network’s “Chopped,” with three rounds of competition per episode that winnow four competitors down to a single winner. Instead of baskets of oddball ingredients, however, the chefs cook regional cuisine from designated food cities, using local ingredients and equipment. The episode winner goes on to compete in the finale against other winning chefs for a $25,000 prize. 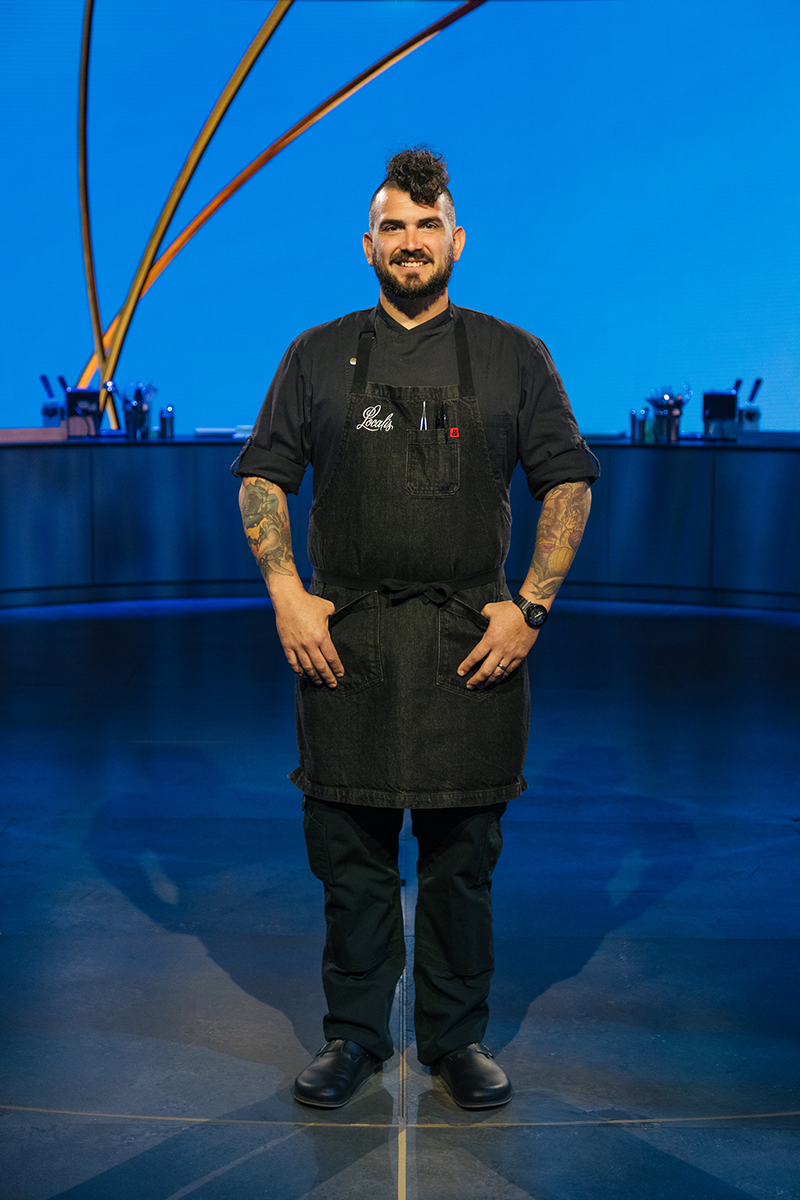 Reached by phone for an interview, Barnum-Dann was not allowed to give away any spoilers about the show, including whether he won his episode. This much we know: He filmed the show sometime during the pandemic. The host of the show is Robert Irvine, the star of Food Network’s “Restaurant: Impossible” and “Worst Cooks in America.” The show’s resident judge is the groundbreaking Mexican-born chef Daniela Soto-Innes. On Barnum-Dann’s episode, he and three other chefs cook the cuisine of Oaxaca City, Mexico, using a traditional Oaxacan protein: grasshoppers. The three surviving chefs then take on the food of Nakhon Si Thammarat, Thailand, before the final two make a New Orleans celebration dinner using Creole ingredients. The chefs are “transported” to each destination city via immersive LED screen backdrops. 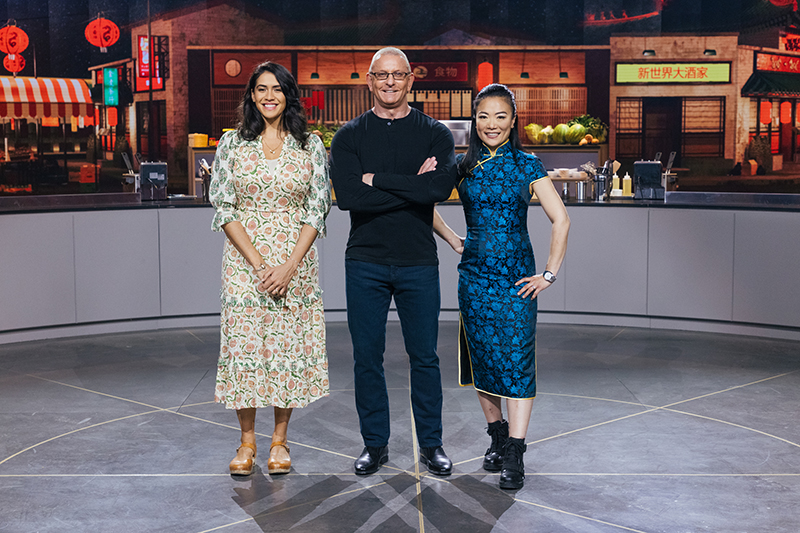 “It was pretty crazy, cooking on the fly and not really knowing what you’re going to cook with, ingredient-wise and equipment-wise,” said Barnum-Dann, noting that it was an exhilarating experience nonetheless. “I was literally made for this show,” he said. “I’ve traveled extensively for food and worked in different restaurants. And with Localis being a restaurant with a tasting menu that changes monthly, we’re constantly trying to find new ingredients and new tools.”

Barnum-Dann was scouted for “The Globe.” “I got a call, started a process of interviews, and that eventually led to being on the show,” he explained. “They said they found me through the pictures I posted on my Instagram.” (His Instagram handle is @chefchrisbarnum.)

The pressure of competing didn’t faze him. “I love cooking on the fly,” he said. “It’s something that I really feel comfortable with. I also didn’t feel any pressure to win anything. My life is already so awesome. I decided to cook my heart out, and if I don’t perform well, I can only do what I can do. It was a good opportunity.”

Right now, Barnum-Dann is remodeling Localis, with plans to reopen the restaurant in about two weeks. He has also partnered with the owners of The Pour Choice, an Auburn coffee bar, to open a traditional bistro and craft cocktail bar called The Lincoln in Auburn. He expects it to open by the beginning of next year. 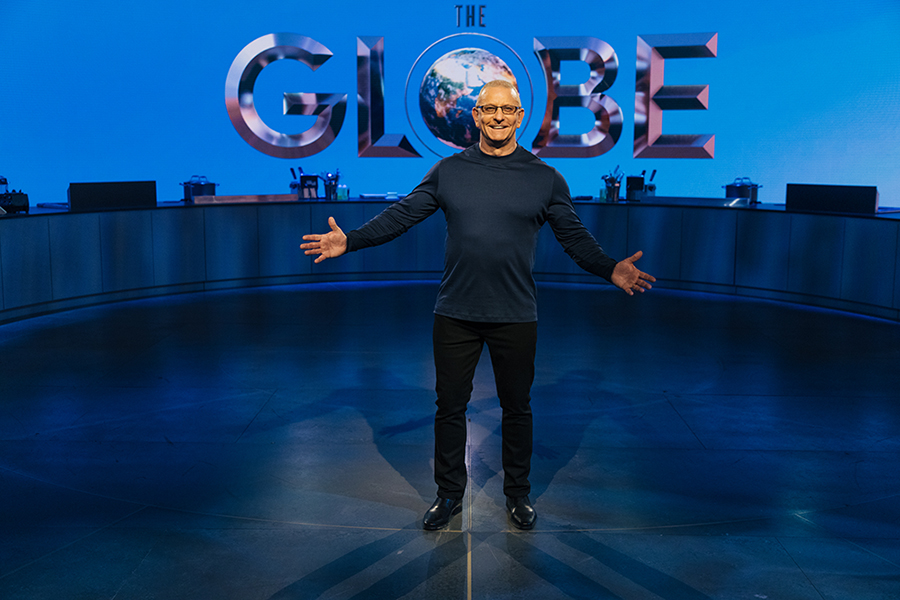 In the meantime, he’s looking forward to watching his episode of “The Globe” with his children, who are 6, 7 and 19 years old. “The kids are very excited,” he said. “Dad’s pretty much a celebrity.”

You can catch Barnum-Dann’s episode of “The Globe,” titled “Conquering Capulines to Celebration Dinners,” on the discovery+ subscription streaming service starting Saturday, July 17.