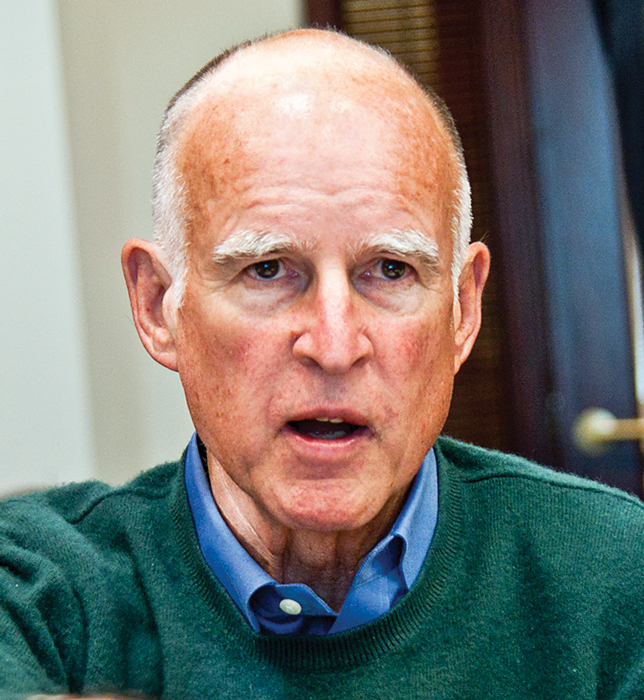 Dear Jerry:
Reports say you’re keeping your Oakland Hills home, but you’ve also found a loft in midtown, suggesting you’ll be hanging around town a bit. Cool! Where to dine?

While your loft is conveniently situated next to two restaurants that we think you’ll like—P.F. Chang’s and Mikuni—somehow we just can’t picture you bouncing between only these two eateries in a city full of culinary adventure. To that end, here’s a list of other spots you might enjoy.

1. Grange Restaurant 926 J St.
The Citizen Hotel’s elegant restaurant may be a bit upscale for frugal you. But for the occasional power lunch, Grange is the perfect choice: It’s a stone’s throw from the Capitol, and you can get plenty of fresh greens and vegetables (which we hear you love), all grown locally.

2. Frank Fat’s 806 L St.
OK, so you told Capitol Weekly that the famed Fat’s “doesn’t see the same kind of clientele from the Capitol that it used to.” You claimed politicians were friendlier with each other at Fat’s back then, and managed to accomplish more. Well, maybe it’s time to give the legendary Asian restaurant a second chance—kind of like the voters gave you.

4. Bud’s Buffet 1016 10th St.
This local institution has a lot going for it: It’s an easy walk from the Capitol, it’s cheap, and the food is so comforting that it’ll take the edge off your $20-billion-plus deficit blues. Bud’s sandwiches are piled high with tasty, ultra-lean, freshly carved meats. Most are under $7. Plus, it’s a great place to check the pulse of the locals: It’s packed on weekdays.

5. La Rosa Blanca 2813 Fulton Ave.
This cozy, family-run Mexican restaurant may be the next best thing to your old Hollywood haunt, Lucy’s El Adobe Cafe. You’ll have to leave the downtown grid, but La Rosa Blanca has live music every Friday night, performed by a trio of singer/guitarists who do everything from classic Mexican folk songs to “My Way” in Spanish. Try the chicken mole—it’s the bomb.