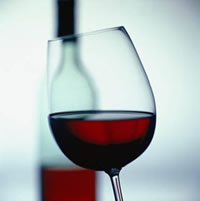 What to do with a fabulous collection of wine? Store it in a professionally designed and built wine cellar.

Local attorney Bill Kershaw started getting interested in wine in the early 1980s, and by 1993 he was collecting—mostly Burgundies, Bordeaux and Cabernets—in earnest. So when he and his wife, Janet, began building a home in the Wilhaggin area a few years ago, he decided it was time to construct a wine cellar.

The Kershaws—and many others like them—are leading a local boom in custom wine cellar construction. It’s the latest high-end amenity for the homeowner who has everything, from the gourmet kitchen and backyard pizza oven to in-home gym and state-of-the-art media room.

Custom wine cellars run the gamut from converted closets to newly built rooms, hundreds of square feet in size, that rival the finest cellar at a Napa Valley winery. The price of a professionally designed and built cellar can vary widely, too, from a low of $10,000 to a high of $250,000—maybe even more.

“It’s like asking how much a car costs,’ says Perry Sims, a Sacramento contractor who specializes in wine cellar construction. “It depends.’

Unlike general contractors, wine cellar contractors tend to talk not in terms of price per square foot but price per bottle. You can expect to spend anywhere from $6 to $10 a bottle if you’re building a cellar as part of constructing a new house, $12 to $16 per bottle to convert a room or closet in an existing home. (Paul Wyatt Designs, a very high-end wine cellar firm based in Rancho Cordova, quotes a price of $15 to $40 per bottle for its services.)

Every cellar, no matter what its price tag, needs three basic elements: a vapor barrier to keep moisture in; a cooling unit to maintain a constant temperature; and a racking system to hold the wine.

From there, though, the sky’s the limit.

“It’s a very personal process,’ explains Steve Ward, co-owner of Paul Wyatt Designs. “No two wine collections are exactly the same, and no two cellars are the same, either.’

Luxury amenities that can add to the bottom line include granite countertops, specialized lighting, racks made of glass or exotic hardwoods, decorative wall finishes, integrated sound systems and computer hookups.

A Serious Cellar for a Serious Collector

The Kershaws built their 2,800-bottle cellar (designed by Sims) with all the bells and whistles—and then some. To get to the subterranean room from the ground floor, you enter a little chamber whose walls are painted with a mural featuring maps of Kershaw’s favorite wine-growing regions, marked with some of his favorite wineries. Then, you descend a curving staircase to a small anteroom, complete with a wet bar and dumbwaiter. Finally, you enter the wine cellar, a 14-by-16 1/2-foot space with old-world design touches: a wood and glass door with iron grillwork, precast stone-block walls, antique French iron sconces and a trussed ceiling modeled after one in an old European church. (A local artist faux-finished the ceiling to give it the look of centuries-old peeling paint and water damage.) To “age’ the clear-heart redwood wine racks, Kershaw personally applied a lime and water mixture to every nook and cranny. “It took me a month of Sundays,’ he recalls. “It was big-time tedious.’

One section of racks holds Kershaw’s collection of Bordeaux, others his Cabernets, Rhones and Burgundies. There’s a small section of wines from Australia, and another for “miscellaneous’ wines: Pinot Noirs, Merlots, American whites and a few bottles of Charles Shaw’s infamous $2 wine, “Two-Buck Chuck,’ that friends gave to him as a joke. There’s also storage for unopened cases.

Stashed in his cellar are some very collectable wines: a 1945 Château Mouton Rothschild (a first-growth Bordeaux), 1982 Château La Lagune (also a Bordeaux) and American cult wines such as Screaming Eagle. He’s got a magnum of Château Cheval Blanc from 1947 (his birth year), and a case of 1998 Cheval Blanc for his daughter’s birth year. “I’ll give it to her when she graduates from college, and it will be ready to drink on her special occasions,’ he says.

The cellar has become the centerpiece of the couple’s in-home entertaining. When people come for dinner, the men duck downstairs to select appropriate wines. On New Year’s Eve, guests gathered in the cellar for wine and hors d’oeuvres before moving upstairs for dinner. And recently, to celebrate a friend’s birthday, the couple served dinner in the cellar, sitting at an 18th century French pub table in the center of the room. “We shut off the refrigeration and dined by candlelight,’ says Janet. “It was amazingly pleasant.’

Getting in on the Ground Floor

While some people build traditional subterranean cellars, more and more homeowners are putting them on the ground floor.

Carmichael resident Michael Ubaldi, for instance, recently turned a 6-by-8-foot closet near his kitchen into a wine cellar. Mark Sweeden, a general contractor who specializes in wine cellars, designed and built the cellar, which has attractive rope lighting, a see-through glass door and enough clear-heart redwood racks for 750 bottles and 25 unopened cases.

Ubaldi couldn’t be more thrilled: Within the first three months, he bought about 400 bottles of wine. “I went a little crazy,’ he confesses. “My wife would get the American Express bill and look at me like I was out of my mind.’

His cellar isn’t big enough for him to put in a table or gather with friends for a cigar. But that doesn’t stop him from getting lots of enjoyment from it. He loves the thrill of the hunt, reading about and researching wines, then trying to track them down. He buys lesser known, limited-production wines with good ratings from Robert Parker and Wine Spectator—mostly Pinots and Cabs—in the $30 to $35 range: wines that, as he puts it, “you don’t feel bad about going into your cellar every night and trying.’ Among his purchases: 2001 St. Innocent Pinot Noir and 2001 Forman Cabernet Sauvignon. He’s desperate to get his hands on the 2001 Switchback Ridge Cabernet Sauvignon. “But I can’t find it anywhere,’ he laments.

To keep track of the wines he buys, Ubaldi downloads tasting notes from the Internet onto his PDA and catalogs his purchases in a big binder. And he’s looking for a wine-inventory software program that’s not too complicated to use. He belongs to Arrowood Vineyard’s First in Line wine club, which gives him first shot at new releases, and is considering joining other wineries’ clubs.

Right after the cellar was constructed, Ubaldi says, “I was driving my wife nuts. I was spending three or four hours a night on the computer, trying to find wines.’ But now, he’s starting to slow down and enjoy the wines he’s already collected. He’s even got a ritual: On Sunday nights, he goes into his cellar, grabs a bottle and shares a glass with his wife, Linda, as they prepare dinner together. “Those are the best times,’ he says.