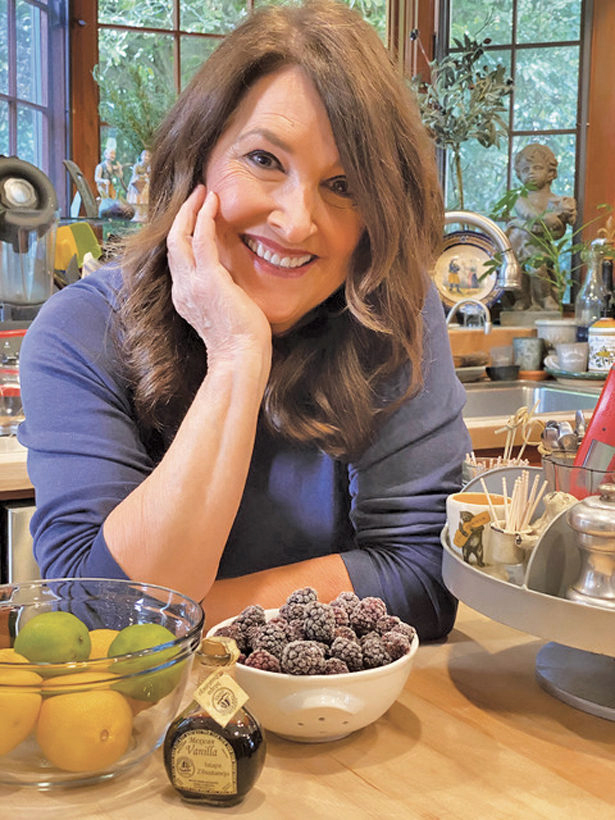 Sacramento Magazine and the Sacramento food industry lost a dear friend and cherished colleague this week with the death of Paulette Bruce, a popular cooking instructor and member of the Dining Divas.

A public relations executive, Bruce was a well-known and well-liked figure in Sacramento who taught small groups the art of cooking, first from the kitchen at her Land Park home and later at East Bay Restaurant Supply, Taylor’s Kitchen and other venues. Her hands-on Good Eats Cooking Classes were both fun and educational; students ate what they made, with lots of culinary tidbits sprinkled throughout the lesson. Bruce turned many Sacramentans on to high-fat Plugra butter from Europe and taught them the importance of reading a recipe all the way through before starting to cook. She showed students how to make risotto, how to properly care for their cookware, how to sharpen a knife and much more. She taught a series of classes just for men, and she was a big proponent of “mise-en-place”—the assembly and preparation of ingredients before cooking.

Bruce’s life revolved around the kitchen. Raised in an Italian-Basque household, she learned to cook by watching and helping her mother and grandmother. As an adult, she hosted elaborate dinner parties for her friends, and she insisted on teaching her three sons how to cook. In the ’90s, she was doing public relations for a local cookware store called HomeChef when the owner asked her to give cooking lessons in the store. When the store folded several years later, Bruce continued teaching in her spare time in her home kitchen. Her sessions were small and intimate, as much dinner party as class.

Bruce was also a member of the Dining Divas, a group of women in the food industry founded in 1993 by late journalist Gloria Glyer. The Divas were a sassy bunch who dined at local restaurants and raised money for charity by auctioning off guest slots at their lunches. Glyer started the tradition while working as a reporter for The Sacramento Union, then moved the group to Sacramento Magazine after the newspaper folded. Glyer, Bruce and their fellow Divas (Peg Tomlinson-Poswall, Bernice Hagen, Joan Leineke and Gayla Mace) ate at every restaurant worth dining at, trading quips and informed judgments about the food, which Glyer subsequently reported upon in her monthly column in Sacramento Magazine.

When Bruce was diagnosed with stage 4 lung cancer late last year, she was still teaching her Good Eats classes, which had migrated to Zoom because of the pandemic. Her children taught her December classes while she received treatment. On her Good Eats website, her sons Rob, Mike and Kevin Bruce paid tribute to their mother: “Mom always taught us that food is love. For her, there’s no better way to show love than preparing a delicious meal to share with family and friends. We hope she has helped you share some love, too.”