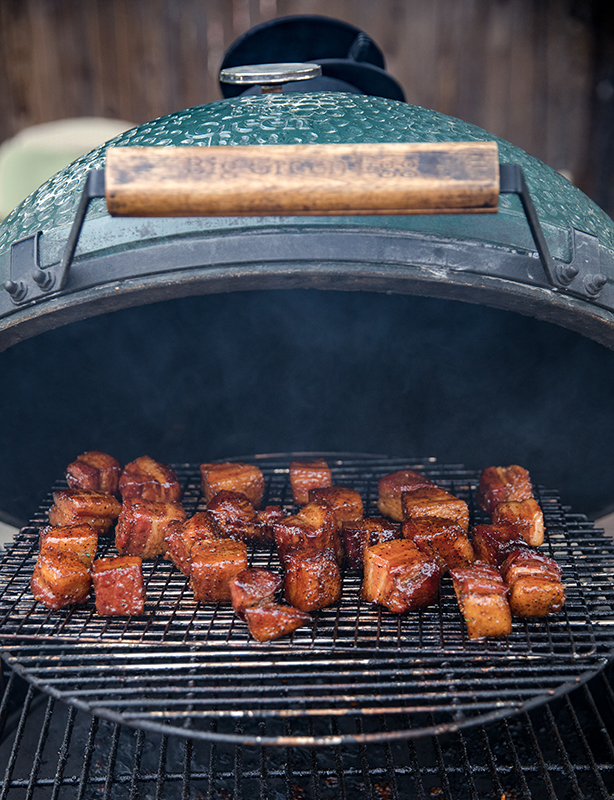 Tyler Mentink is wild for his Big Green Egg, a spendy outdoor cooker that looks like an oversized Fabergé egg and has a cult following. Even though he has a backyard full of outdoor cooking equipment, “the Big Green Egg has always been my thing,” says Mentink.

The Folsom resident does most of the cooking for his wife and their four kids. He can make anything from fried chicken to cookies in his Big Green Egg. “I can sear a steak, do stir-fry or make paella,” he says. The heavy cooker, made of inch-thick ceramic, is “insanely heat efficient,” he says. “I can load it up with fuel, do a 20-hour low-and-slow brisket, and have enough fuel the next day to cook lunch on.” 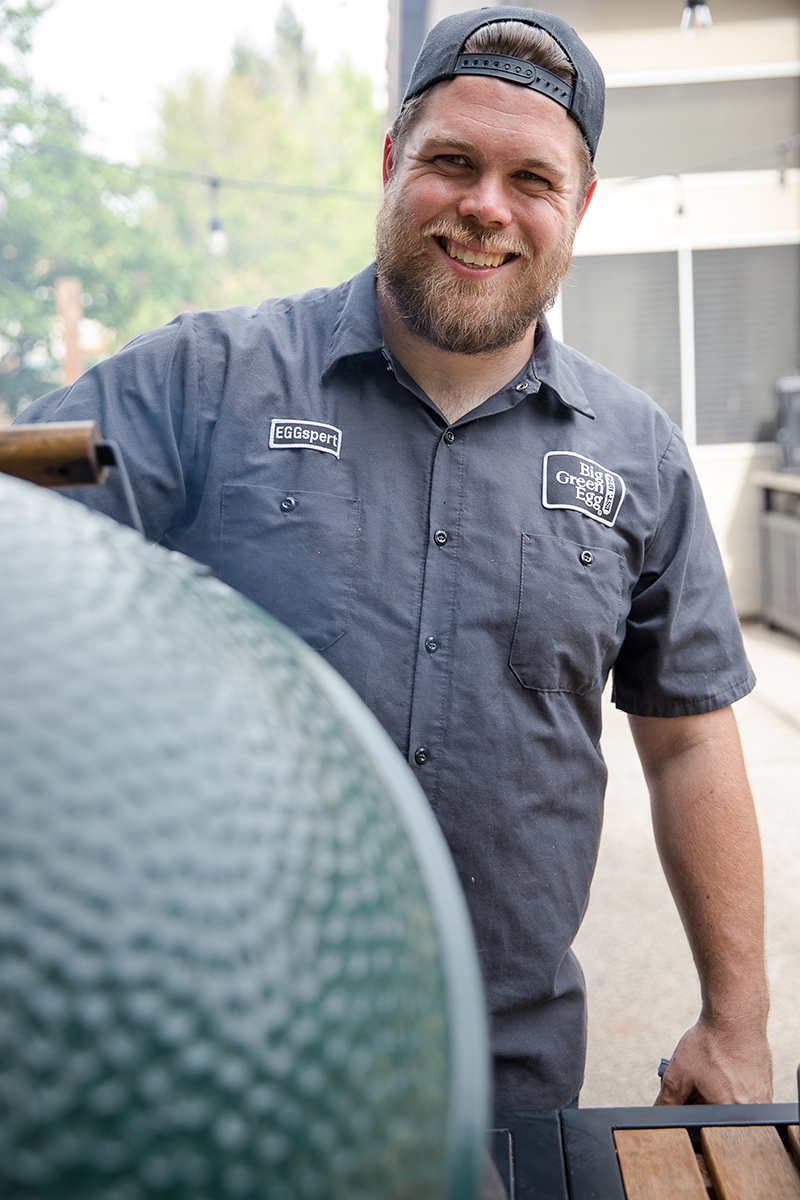 A few years ago, Mentink started posting photos of his food on Instagram, tagging the company that makes Big Green Egg. Eventually, the manufacturer invited him to become an official “brand ambassador,” an unpaid gig that allows him to network with other Big Green Egg enthusiasts and participate in national events such as EGGtoberfest. His Instagram account, @tylerplayswithfire, is a meat lover’s dream, filled with mouthwatering images of grilled skirt steak, rotisserie tri-tip, spatchcocked chickens and more.

Mentink owns just about every Big Green Egg accessory you can think of: multitier rack systems, rotisserie, pizza stone, paella pan, deep-dish pizza pan, a Dutch oven for baking bread. He has cooked an entire Thanksgiving dinner on the Egg, including two smoked whole turkeys and “very good” barbecue stuffing. The only thing that can keep him away from his beloved Big Green Egg is rain. And if he had a covered overhang, he says, “nothing would stop me.” 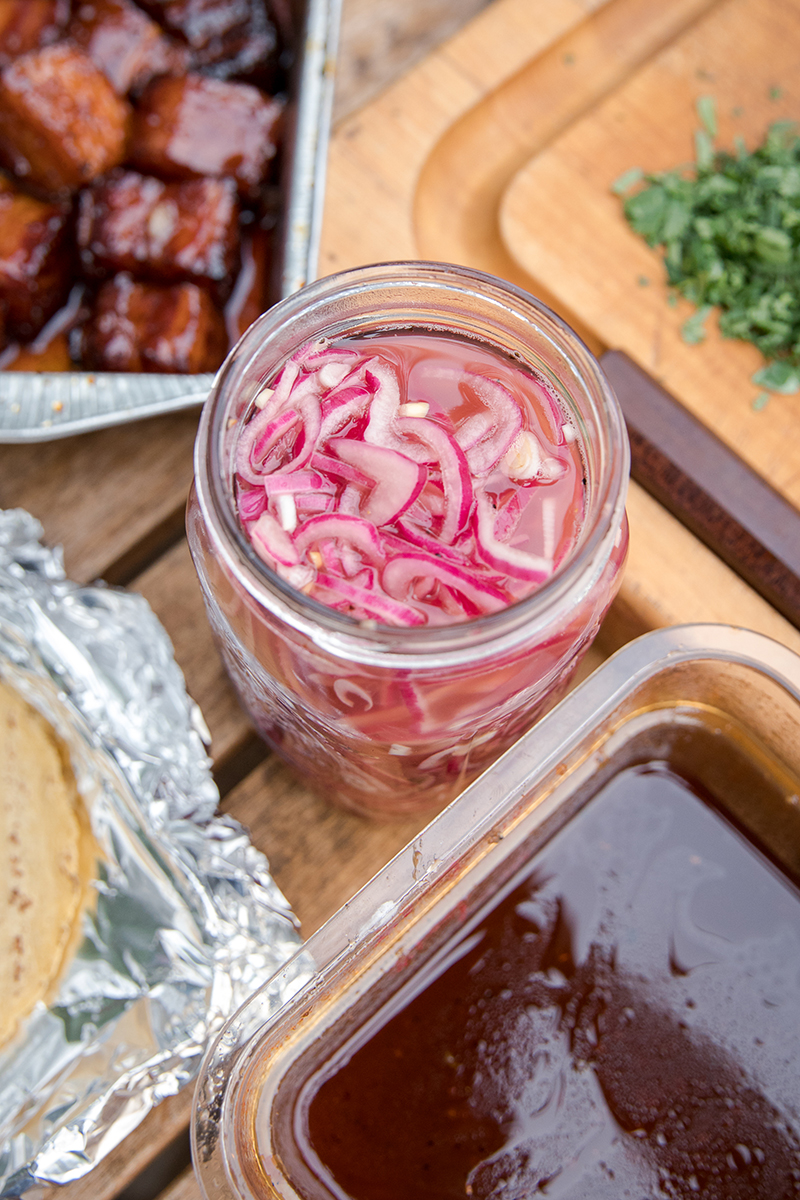 Trim some of the fat off the pork belly, leaving about ¼ inch of fat. Cut pork into 1-inch cubes. Place cubes in a bowl and sprinkle with ½ cup pork rub, tossing to coat all the pieces.

Meanwhile, combine vinegar and juice in a spray bottle.

Place cubes in a smoker set at 250 degrees. Smoke for 3 hours. Every 30–45 minutes, spritz the meat with the vinegar-juice mixture.