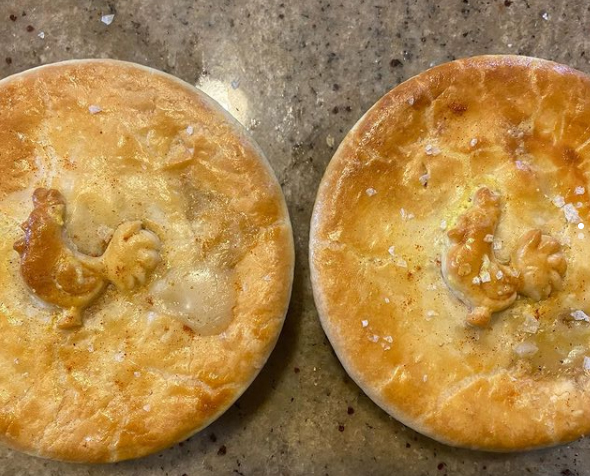 Before COVID, Josh Bieker ran an exclusive series of private, prix-fixe dinners from his Curtis Park home. But when COVID hit, he—like every other food professional in town—had to pivot and find a new way to make a living making food. Instead of six-course tasting menus for an intimate group of diners, he started offering takeout comfort food—things like lasagna, burgers and barbecued ribs. And he discovered that he enjoyed it.

“It’s interesting, coming up with these concepts and doing comfort food,” he says.

Pre-pandemic, Bieker’s private dinners were booked out for months, with diners coming from as far away as San Francisco for his multicourse meals, served at a custom-made table in his kitchen. Bieker spent months concepting and testing dishes, such as an onion cappuccino made with eight different varieties of onions cooked four different ways in an intense, four-day process. His meals had more in common with The French Laundry than with Burger King.

He never even considered offering his tasting menus in a takeout format; his high-concept food simply doesn’t travel. For his first stab at takeout, he made lasagna Bolognese. In keeping with his fine-dining background, he ground the meats himself and made the pasta from scratch. Later, he offered pizza, using a dough fermented for two days. He’s since tried his hand at chicken pot pie, gumbo, Korean barbecued chicken and Eastern Carolina-style barbecued ribs. Prices are exceedingly reasonable: $12.50 for a Nashville hot chicken sandwich and potato salad, for instance, or $25 for a 2-pound lasagna with homemade foccacia. 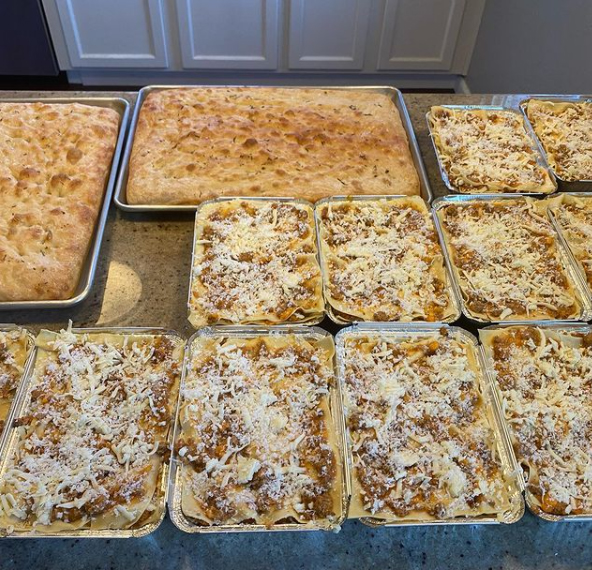 Bieker’s takeout is available every other Friday evening. Customers order via text or email and pay through Venmo or credit card. Bieker caps the number of orders at 40. He usually sells out.

Once the pandemic is over, Bieker plans to revive his private dinners. But he’ll probably continue offering takeout as well. He might expand his lineup to include take-and-bake lasagna and soups such as roasted carrot-miso and cauliflower-coconut yogurt.

The Gallery by Josh Bieker