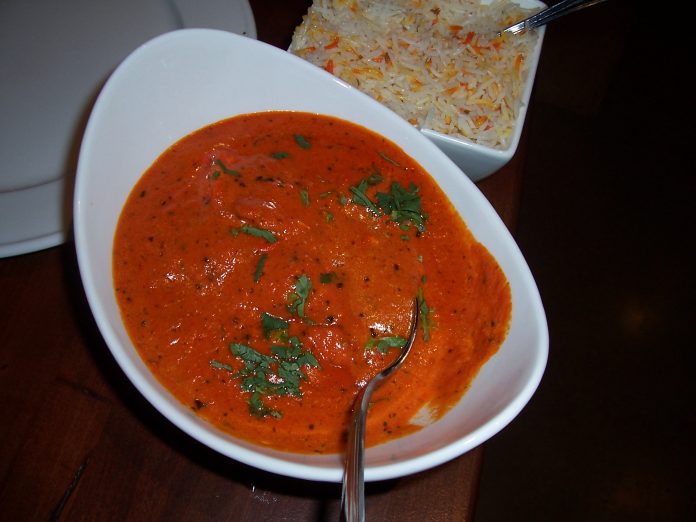 I dropped in to Monsoon this week, the new Indian restaurant on 16th street which replaces Spin Burger Bar (and before that, Bistro 33 Midtown). The space – which, in its last incarnation featured stationary bikes (yes, patrons rode them), chalk-covered blackboards and mouthwatering aromas of custom-crafted hamburgers – is now quiet, subdued, and elegant, with soothing gray walls, tasteful artwork, and a quiet, attractive bar area.

Service was exuberantly friendly, and our meal was pleasing. A robust, fragrant rogan josh lamb curry was enticingly spicy and creamy, punctuated with chewy, flavorful pieces of meat; and the chicken tikka masala, whose lush sauce had a lovely hint of ginger, was even better when wrapped in a palm-sized piece of naan bread. But the star of the evening was the delicious aloo gobi – big chunks of cauliflower and potato cooked with cumin seeds and ginger.

Monsoon’s got some tough competition – both Bombay Bar & Grill on 21st street and Kathmandu Kitchen on Broadway plate up some pretty tasty Indian fare. But perhaps Monsoon is just the right fit for this restaurant-heavy neighborhood (which includes Mikuni, Petra Greek, P.F. Chang’s China Bistro and Lucca Restaurant & Bar) – only time will tell.