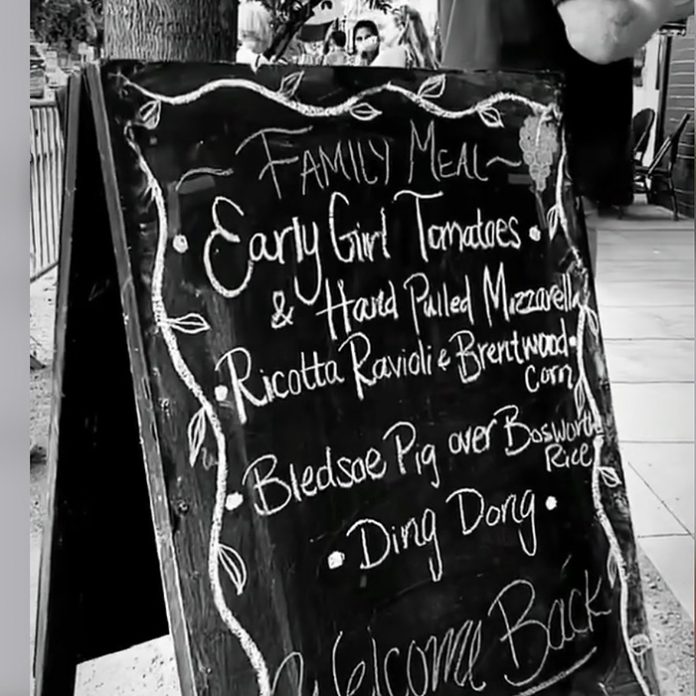 Family Meal, the rollicking prix-fixe dinner served family style at Mulvaney’s B&L, is back after a 17-month hiatus caused by the pandemic.

The first Family Meal since the beginning of the pandemic was held Monday night by invitation only for a group of the restaurant’s most devoted customers. “It felt so good to have everyone back,” said Patrick Mulvaney, who owns Mulvaney’s with his wife and partner, Bobbin Mulvaney.

The four-course meal generally featured simple comfort foods and for a long time was priced at just $35 per person. It served as a “gateway” to the finer dining at Mulvaney’s next-door, said Bobbin Mulvaney.  “We figured if you liked Family Meal, maybe you’ll try the restaurant.” 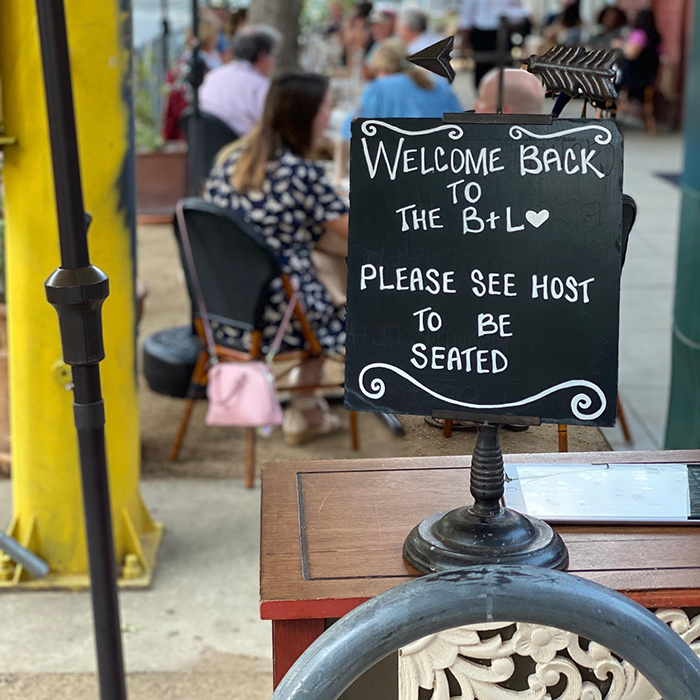 Family Meal is held on the third Monday night of the month. The restaurant opens up reservations on the Tuesday morning after Family Meal, and the dinner generally sells out within 20 minutes. The menu isn’t announced in advance; diners don’t know what they’ll be eating until they show up to the restaurant, where a chalk sandwich board out on the sidewalk displays the menu. Monday’s dinner featured Early Girl tomatoes with hand-pulled mozzarella, ricotta ravioli with Brentwood corn, roast pork over rice, and house-made Ding Dongs for dessert.

The gregarious Mulvaney presides over the meal as a combination of ringmaster and emcee. He usually gives a little speech describing the meal, ribbing customers and providing a shout-out to the local farmers who supplied the ingredients.

In a nod to the pandemic, diners at Monday’s dinner were a little more spread out than in the past, with community tables set up on the courtyard and the sidewalk as well as inside. The food was still served on platters and passed around the table, family style.