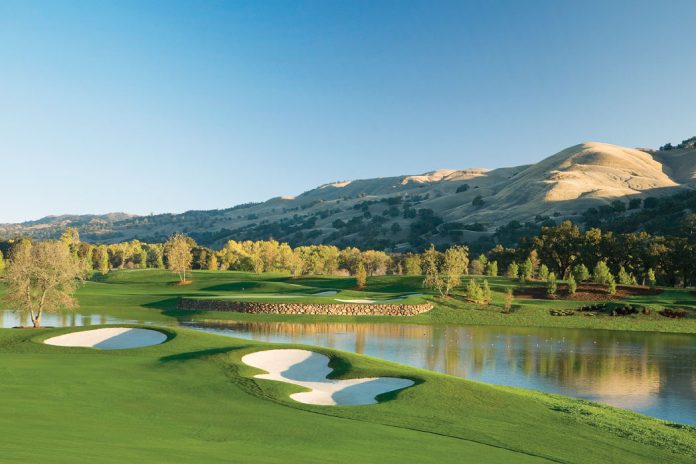 The course at Cache Creek Casino Resort is one of the region’s newest and most anticipated courses. We checked it out.

If the course’s name seems a bit out of the ordinary, wait until you arrive on the first tee. It’s quite a first impression&emdash;well worth the drive.

Yocha-De-He means spring home or spring camp in the Wintun language. Designed by Brad Bell, Yocha-De-He sits in a secluded valley about a mile east of the casino. While it’s no walk in the park with its 400-yard-plus succession of par-4s, the course is challenging and interesting from start to finish. It’s also in remarkable condition for such a new layout.

Usually when you line up a putt, you look for a spot on the green to aim at, said Sacramento resident Mike Garvin after playing Yocha-De-He one recent weekend. Here, there aren’t any spots. I don’t want to play anywhere else.

The first tee sits atop a hill nearly 200 feet above the valley floor. The entire course is visible from the opening shot, along with a farm, vineyard and surrounding hills. Bell says he’s not usually a fan of elevated tees, but he couldn’t pass up the opportunity to make a dramatic opening statement at Yocha-De-He.

Go ahead and hit it as far as you can, Bell says of the first hole, a par-4 measuring 454 yards from the back tees. It’s a real showstopper from the start.

About two-thirds of the casino’s business comes from the Bay Area, but Yocha-De-He head professional Rusty Seymour says the golf traffic has been split between the Bay Area and Sacramento thus far.

Bell, a former member of the PGA Tour, has designed several Sacramento-area courses, including Teal Bend, Turkey Creek and Empire Ranch. He went more upscale a few years ago in designing Coyote Moon, a high-end course in Truckee where the green fees run $175. But Yocha-De-He represents Bell’s most ambitious work yet.

The goal was to create a destination resort experience, Bell says. My personal feeling is that it’s different from Teal Bend, where you hope to attract people who might adopt it as their home course and play it two times a week.

At Yocha-De-He, we wanted to give them something that they don’t see every day.

The site was a fallow field when construction began. The mint condition of the course isn’t an accident&emdash;Cache Creek provided Bell with a budget that allowed him to make it feel like a mature design from opening day. The course is managed by Troon Golf, a golf management company based in Scottsdale, Ariz.

Troon’s focus is on agronomy and course conditions, Bell says. I’m thrilled, because I only look as good as the condition of the course.

You might hit two woods on a par-4 but have a 5-iron for your second shot on a par-5, Bell says. At the end of the day, you arrive at the same place.

A large lake that serves as storage for reclaimed wastewater from the casino comes into play on the 10th, 17th and 18th holes. The par-5 17th, with its peninsula green, is one of the most memorable holes.

We wanted to create some Kodak moments, Bell says. You want people to talk about certain holes but ultimately say, â€˜You really need to go see it yourself.’

Yocha-De-He currently is open Wednesdays through Sundays. Green fees are $85 and include cart, practice balls and valet parking. The practice area is spectacular in its own right. Golfers hit range balls over a chasm toward five bunkered greens cut into a hillside. Construction on the clubhouse began this spring and should be completed in 2009.