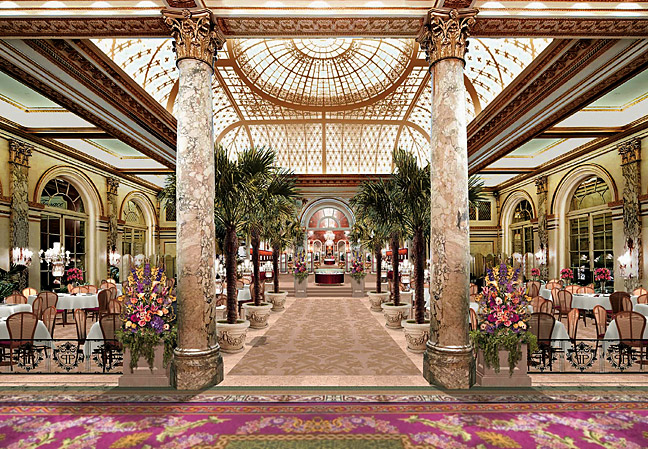 It would be awfully convenient to say that my idea of a bargain has been irreparably warped by having lived in one of the world’s most expensive cities: New York.

But that all depends on which end of the kaleidoscope you’re looking into. It was in the Big Apple that I found some of the greatest food bargains of my life, mostly from hot dog vendors and those fabulously cheap ethnic eateries in Greenwich Village.

At the other end of the spectrum, there was the time I spent an alarming $140 on Sunday brunch for two at The Plaza Hotel. For years, I carried the credit card slip around in my wallet, occasionally pulling it out as a shock tactic. I dimly thought that by gazing at the numbers over and over again, I would scare myself from ever spending that kind of coin at a restaurant again.

But it could be argued that this was some of the smartest money I’ve ever spent. It was Mother’s Day, and I was intent on treating Mom to one of the grandest experiences of her life. As we waited for our table, I felt a gentle tug at my elbow. Look! Mom gasped. There’s The Donald! Sure enough, Mr. Trump, looking dapper in a navy blue suit, practically brushed against us as he purposefully strode by. When an opera singer with a voice like Pavarotti’s stepped into the middle of the room and began belting out Nessun Dorma, the food and ambiance, lavish as it was, took a back seat.

We were creating a memory. How can you put a price tag on that?

My point is this: There’s more to a dining bargain than the bill. But, like anything else in life, it all depends on whose eyes you’re looking through (or maybe whose calculator you’re using).

I learned this the hard way recently when a group of girlfriends were planning a night out and I suggested Il Fornaio on Capitol Mall. When they asked me about price, I said I considered it moderate but reasonable, and I still think that’s a fair assessment, as most pastas and main dishes run between $12 and $20. The price was especially fair, said I, when you factored in the perks: easy, free garage parking (they validate), friendly service and the luxury of dining in one of Sacramento’s most visually alluring restaurants, with its high ceilings, marble bar and soft, warm, wrinkle-reducing lighting.

Long story short: I got sick that night, they went without me, and the next day I received two e-mails from members of the group, politely but firmly letting me know that they thought it was a bit overpriced. (They did, however, enjoy the experience.)

Like I said, it would be convenient for me to blame this on my New York years. But the truth is, when good food commingles with a pleasing ambiance, capable service and great lighting, it would take a pretty big bill for me to feel ripped off.