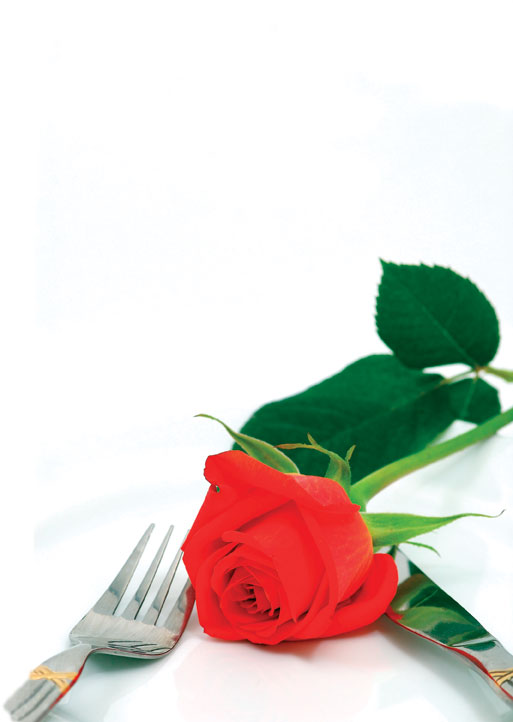 Disney’s Lady and the Tramp had it right: Spaghetti and candlelight can trump fancy food and starched linens in the romance department. Where to go for a special evening without spending big bucks? Our goal: dinner for two for under $50.

Casablanca Moroccan Restaurant—The moment you enter this Moroccan “tent,” with its tapestried walls, floor pillows and exotic Middle Eastern music, you’re instantly transported to another world, far away from the angry traffic snarl of Fair Oaks and Watt. The owner, a playful sort who calls himself Conehead, keeps guests entertained while serving a multicourse Moroccan meal ($22.95 per person), including a heavenly tomato-lentil soup and quite possibly the best hummus on the planet. (The Boyfriend, a phenomenal cook himself, is still raving about it.) You’ll also be treated to a ceremonial washing of the hands (with orange-blossom water), which is a good thing since you don’t use utensils here. Another plus: You’re welcome to BYOB (they don’t serve alcohol), and there’s no corkage fee. (People were trotting in with huge coolers.) But the cherry on top was the belly dancer, whose slinky antics turned grown men into little boys, caught with their hands in the cookie jar.

Dinner for two: $45.90 (not counting the bottle of wine we brought)

Palermo Ristorante Italiano—Don’t be dismayed by the brightly lit main room: Just head to the back room and snuggle into a cozy table for two at this family-run restaurant. If you want Italian, this is the real deal, complete with an owner named Giovanni Toccagino who greets the ladies with a kiss on the hand and a “bona sera.” While the front room was bustling, the back room was ours alone on a Sunday night, with tasteful jazz on the stereo and two fabulous plates of pasta: crab ravioli in pink vodka cream sauce (to die for) and rigatoni with meatballs in a robust red sauce ($15.95 each). We split a large, lovely green salad for only $3.95, ate complimentary sourdough and had a couple of glasses of red wine ($7 each). Plus, we got to watch the Toccagino family in action, speaking their native tongue and animatedly waving their hands, which was a show unto itself.

The Virgin Sturgeon—In a river town like ours, it would be sacrilege not to take advantage of waterfront dining, and The Sturgeon, built on a converted barge, is a classic. For romance, this one’s got it all: twinkly little lights, soft jazz in the background, tranquil river views. Plus, the food is reasonably priced and very tasty: My red snapper, panko-coated and topped with garlic tomato butter, was cooked to perfection, and the full dinner—including soup or salad, rice or mashed potatoes and fresh steamed vegetables (broccoli and squash)—was only $15.25. The Boyfriend’s shrimp and fettuccine in Alfredo sauce was $13.25, and even with his glass of Chardonnay ($7), we came in way under budget. We both recommend The Sturgeon as a great first date—but then again, we’re biased: It was the scene of ours, five years ago.