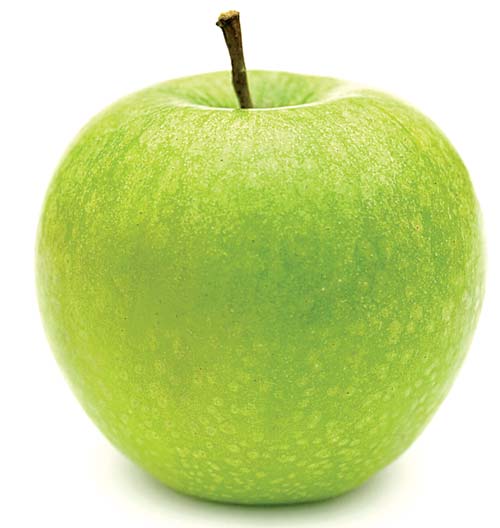 If you’re crazy for food, Davis is your town.

It doesn’t matter which aspect of food you’re crazy about. Taste? Nutrition? Organics? Technology? It’s all in Davis, where the farmers market stands in for an old-fashioned village square and UC Davis scientists project food into the future.

“Food is the common denominator that brings the community together,” says native Davisite Jeanne-Marie Olmo.

Olmo embodies Davis’ unique ability to embrace everything from the organic movement to food DNA. Her family’s Stone Free Farm outside Davis was the site of pioneering organic farming efforts that first drew attention to heritage tomatoes in the mid-1980s. Her father, the late Harold Olmo, was a world-renowned grape geneticist at UC Davis who was responsible for the Perlette table grape and Chardonnay’s rise to vineyard domination.

Symbolic of Davis’ relationship with food are the Davis Farmers Market and Davis Food Co-op. Both attract a powerful customer base with organic produce and natural meats—and they do it outside the conventional grocery-store business model. The farmers market operates without middlemen. The co-op’s name says it all: It’s a nonprofit that’s member-owned and -governed.

If you think such concepts are for the radical fringe, think again. It’s taken three decades, but believers in socially aware food systems are normal here. Yolo County, where Davis is located, is now first in the nation for the direct marketing of food (such as farmer to market or farmer to school). The value of Yolo’s organic crop rose from $10 million in 2003 to nearly $14 million in 2005 (the last year for which reports are available).

In 2008, Davis may be legitimized as the true culinary center of our region. Look for the completion of the Robert Mondavi Institute for Wine and Food Science, now under construction on the UC Davis campus. The complex will consolidate a number of related schools for enology, food science and food safety under one roof so, as one university official said, “they’re all talking to each other.”

There is much about Davis that makes it a fascinating culinary crossroads even for those who think they’ve already got the town sized up. As one Davisite says, “It’s our Davis, it’s our stuff; we make our own rules and set our own agenda.”

If you’re crazy for Zinfandel and didn’t hear the latest, it’s not from around here. Zinfandel is Croatian, and the discovery was made in Davis. The university’s Foundation Plant Service published the findings of Dr. Carol Meredith of UC Davis’ Department of Viticulture and Enology after DNA fingerprinting ended the century-old Zinfandel origin argument. Predictably, California grape growers swarmed to get the Croatian clones, but they couldn’t do it without dealing with UC Davis. FPS quarantines all imported vines and rootstock to make sure they’re disease-free.

Davis was also the scene of a CSI-like probe that threw cold water on the hot Viognier market. “We not only use DNA fingerprinting to identify exactly what a plant is, but to sort out mix-ups,” says FPS director Deborah Golino. A vine claimed to have been French Viognier by its, ahem, smuggler bore instead the
DNA of Roussanne, a less-sexy white grape. Busted.

, owned by 13,000 small-scale farmers in Peru, Guatemala, Mexico and Nicaragua, wholesales coffee with taste as intense as its progressive politics: 100 percent organic, 100 percent fair trade. “We see ourselves as being traded directly from the farmer,” says Pachamama general manager Thaleon Tremain, who began the Davis-based cooperative four years ago with funding from the World Bank. Specializing in specific coffee districts, such as Nuevo Segovia in Nicaragua or Quillabamba in Peru, Pachamama sells primarily through cooperative outlets, such as the Davis Food Co-op.

In co-op they trust

The Davis Food Co-op is almost like a public trust. Products are vetted for organic certification, nutrition, health benefits, lack of processing, local production and harvest, democratic or cooperative ownership of production, diversity in food crops, and environmental and economic sustainability. But it’s not all so sobering. The co-op is a bright, clean supermarket full of unusual ingredients to awe the foodie. Turmeric root. Thai black rice. Striped tomatoes. Blue potatoes. Organic corn. The store attracts vegetarians, but it also offers classes on cooking natural pork and bacon. Tastings of olives, wine, mustards and mushrooms are commonplace.

Saying no to junk

The bill that banned soda and junk food in California public schools emanated from, you guessed it, Davis. The California Center for Public Health Advocacy, on the outskirts of downtown Davis, had an enthusiastic supporter: Gov. Arnold Schwarzenegger. California’s School Junk Food Ban and High School Soda Ban have influenced similar bans in the United Kingdom, France and Latvia. What’s next? Watch this Davis nonprofit propose a menu-labeling bill, requiring large restaurant chains to post the nutritional content of dishes on menu boards, and another that would encourage grocery stores to locate in underserved neighborhoods

Any place people are crazy about food, there’s bound to be books galore on gastronomic minutiae. UC Davis’ Shields Library is home to 27,000 volumes in 42 languages about all things related to wine and grape growing, the largest collection of its kind in the world. Open to the public.

Easy to be green

Most restaurants in downtown Davis offer meat-free dishes. On the menu at Davis Noodle City on E Street, a stand-alone list culls vegetarian items from the rest of the menu for a quick V-check.

Can’t we all just get along? In their new book, the husband-and-wife team of Raoul Adamchak and Pam Ronald posits that the future of food might look a lot like their marriage. He coordinates the organic market garden at the student farm on the UC Davis campus; she’s a plant pathologist in genomics at the university. Their book, The Future of Food: A Marriage of Genetic Engineering and Organic Farming? (Oxford University Press, 2007), may make believers of each side in the other. She has genetically developed rice that can survive long submersions, such as in the event of a flood. He’s focused on community food security, indigenous agriculture systems, farmer-to-farmer networks for developing sustainable agriculture, even agroforestry. The couple doesn’t see agriculture as pharm foods vs. farm foods. “We both love plants,” Ronald says.

What began 30 years ago as a group of back-to-the-land hippies selling direct to consumers because they couldn’t get their produce sold in traditional stores is now the hub of Davis life: the Davis Farmers Market. “In other places, people make their community around their church or their kids’ school or their job,” says Annie Main of Good Humus Produce. “Here, it’s the farmers market.” Main is one of the original growers who founded the outdoor market at Davis’ Central Park. Another vendor, Trudy Kalisky of Upper Crust Bakery, has been at the market for 20 years. She’s pulled her breads completely out of retail. “I’m strictly farmers market,” she says. Omnivores and vegans flock to the market like parishioners to church. “This is Davis,” Main says. “I can’t think of this community without a farmers market.”