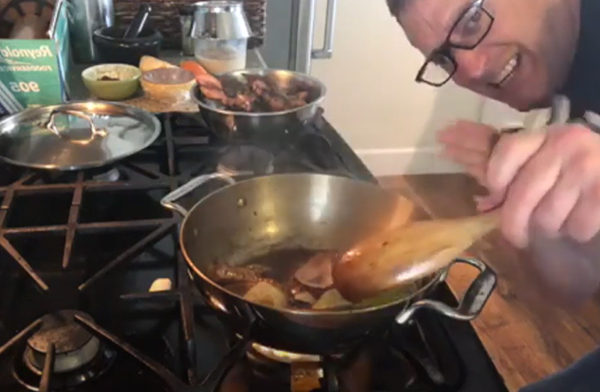 COVID-19 was just the kick in the pants Dave Nelson needed. A culinary instructor at American River College, he’d been playing with the idea of doing video classes when the coronavirus hit, forcing ARC to shut down back in mid-March. Two days later, he did his first Facebook Live cooking class.

Since then, he’s produced almost 20 video classes under the name Quarantine Qitchen Happy Hour. The live classes appear on Nelson’s Facebook page starting at 4 p.m. every Monday. (Nelson later posts them on his YouTube channel, Industry Cooking Classes.) The classes are simple: No script, no editing, just Nelson in his home kitchen, cooking dinner while demonstrating classic cooking techniques. “It’s just me in my crappy little kitchen,” he says. “I’m basically just laying down my culinary school lectures for whoever wants it.

Nelson worked in the restaurant industry for a couple of decades before shifting to teaching about 15 years ago. He’s taught everywhere from Sacramento Natural Foods Co-op to a women’s correctional facility. His goal always is to get people to cook without a recipe. That ethos guides his video classes as well. “It’s not about the recipe,” he says. “Every class, I’m breaking down the technique, teaching basic concepts. It’s like a TED Talk.”

Each lesson is a freewheeling, stream-of-consciousness hour or more of Nelson talking as he roasts a chicken or cooks risotto while delving into the techniques behind the dish: making white stock for chowder, for instance, or discussing the coagulation temperatures of egg yolks while whipping up a custard for ice cream. 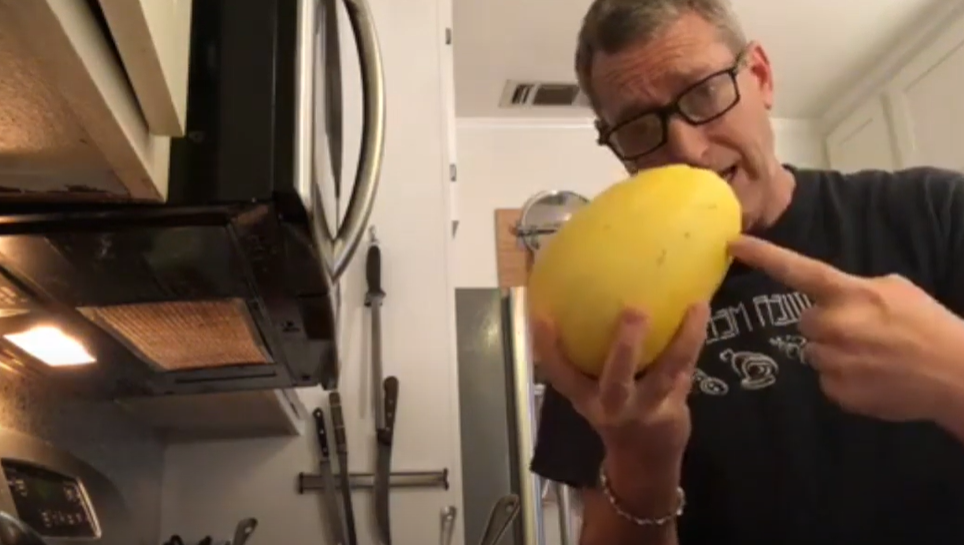 He doesn’t pattern his video classes on popular TV cooking shows. For one thing, he doesn’t watch TV. For another, he doesn’t find it particularly useful or compelling. “Nobody’s really laying out culinary skills on TV,” he says. “Food TV doesn’t speak to me. A lot of it is just show. None of it sounds like a kitchen to me—it sounds like Hollywood.”

He did, however, take a page from Zach Galifianakis’popular online show “Between Two Ferns.” His version is “Between 2 Stoves,” an online talk show in which he interviews local food people like Kru chef Billy Ngo, Binchoyaki owner Craig Takehara and Joany Titherington, manager of the Oak Park Farmers Market. That show is live on Facebook Thursdays at 5 p.m.

Teaching classes at ARC has given him plenty of confidence in his ability to hold an audience’s attention. “It’s what I’ve been doing for all these years,” he explains. “I’ve gotta keep my students awake and engaged. It’s like a five-hour Vegas show.”