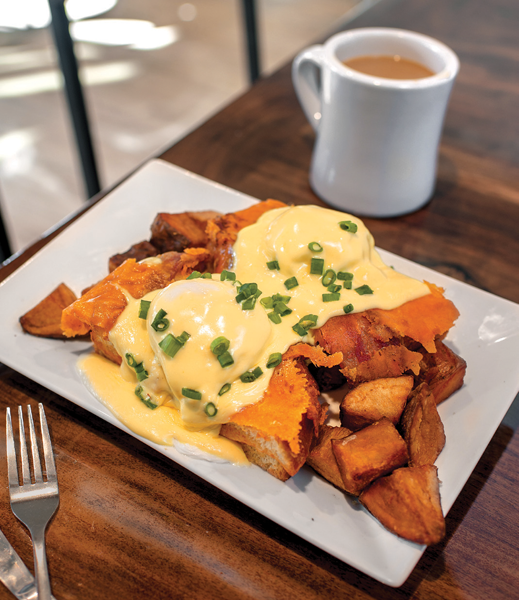 With the opening of his second Bacon & Butter, Billy Zoellin expands his morning empire.

Ever since Billy Zoellin opened Bacon & Butter in Tahoe Park five years ago, he’s dominated the breakfast game in Sacramento. But that kind of popularity brings its own challenges. On weekends, Bacon & Butter typically turns away 50 percent of would-be customers for lack of space. The lucky ones who get in often wait an hour or more for a table.

As any economist will tell you, the solution to too much demand is more supply. For years, Zoellin ignored customers’ entreaties to open a second location of Bacon & Butter. But that changed last summer, when Formoli’s Bistro pulled out of its East Sacramento locale, and the landlord offered the space to Zoellin on generous terms. Zoellin, who grew up in Tahoe Park but went to school and played sports in East Sac, couldn’t resist the opportunity. “For me, there’s no place like home,” he says.

The new B&B is a bit smaller, brighter and spiffier than the original but has nearly the same menu. It’s a cheffy take on breakfast, with familiar dishes like eggs Benedict, French toast and pancakes. Everything is made with seasonal and local ingredients and executed at an elevated level. In citrus season, for instance, orange poppy seed flapjacks are served with mascarpone, warm syrup and orange segments. The chicken and waffle features a buttermilk waffle teamed with a fried Mary’s chicken breast and house-made kumquat syrup. The most decadent dish on the menu (and perhaps the most popular) is the grilled cheese Benedict, which is exactly what it sounds like: a grilled cheese sandwich topped with two poached eggs and hollandaise. For the health-conscious, there’s a yogurt parfait, made with fresh fruit, house-made granola and local bee pollen.

Still, the East Sac B&B has a few new tricks up its sleeve. There’s a “grain bar” section of the menu offering things like oatmeal, chia seed pudding and grits. A pastry case at the front of the restaurant allows walk-ins to get a quick coffee or a grab-and-go breakfast. Later this spring, Zoellin plans to open the restaurant in the late afternoon for happy hour with small bites and craft cocktails. (The Tahoe Park B&B is open for breakfast and lunch only.)

To deal with the inevitable lines, Zoellin’s experimenting with a Yelp waitlist app that allows you to check in from home and tells you when to arrive so you don’t have to wait. (The restaurant also gives out pagers so diners can wander around the neighborhood.) Zoellin is still grappling with the severe lack of nearby parking. But he has confidence people will come. “We’re not asking them to walk miles in the snow,” he jokes. 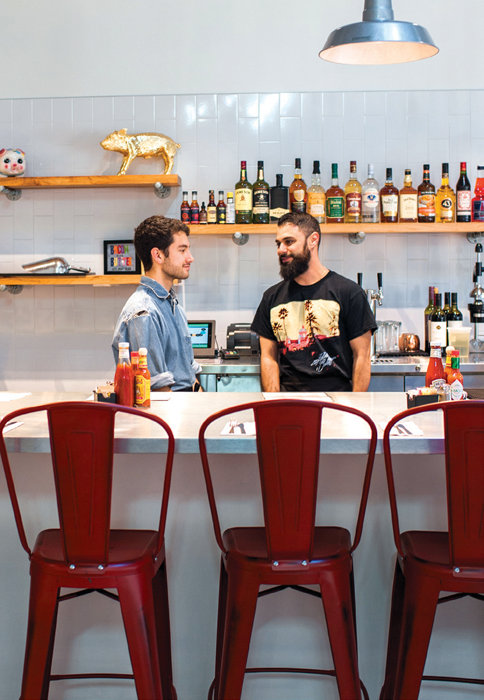 At 35, Zoellin is already a well-seasoned business owner. He doesn’t have investors. Instead, his sister, Amber Michel, is his business partner. He recently purchased the shabby thrift store next to his Tahoe Park restaurant to create something more attractive for the neighborhood. He’s talking about having his mother and sister curate a shop of locally made artisan goods.

With two Bacon & Butters, Zoellin now has to rely on his staff for much of the day-to-day operations. He sees himself as a combination of coach, mentor, dad and “putting-out-fires guy.” As his employees gain experience and confidence, he knows some will leave to start their own businesses. That suits him just fine. “I want to be the birther of future restaurants and restaurateurs,” he says.