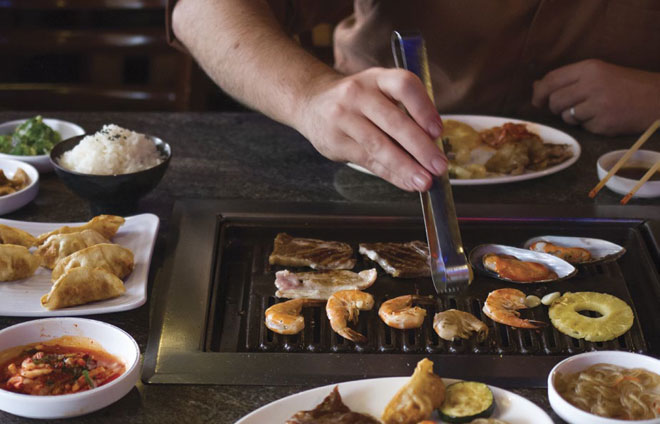 For traditional Chinese barbecued pork (char siu), boneless pork is seasoned with honey, five-spice powder and other spices, then cooked over indirect heat. It’s often served with rice or noodles or tucked inside a bun (bao).

To make traditional barbacoa, meat such as beef, pork or goat is steamed until tender, then shredded and served with rice, beans, guacamole and tortillas.

Diners select sliced raw meats and vegetables and hand them to a griddle operator, who adds sauce and cooks the ingredients on a large, round iron griddle. Despite the name, it’s neither barbecue nor from Mongolia: This stir-fry originated in Taipei in the 1950s.

Meat or fish is rubbed with a hot jerk spice mixture that includes allspice and Scotch bonnet peppers, then smoked over pecan wood.

Yes, we know Hawaii is a state. Still, Hawaiian barbecue is an exotic species all its own. Based on the traditional Hawaiian plate lunch, it features meat, two servings of rice and one serving of macaroni salad.