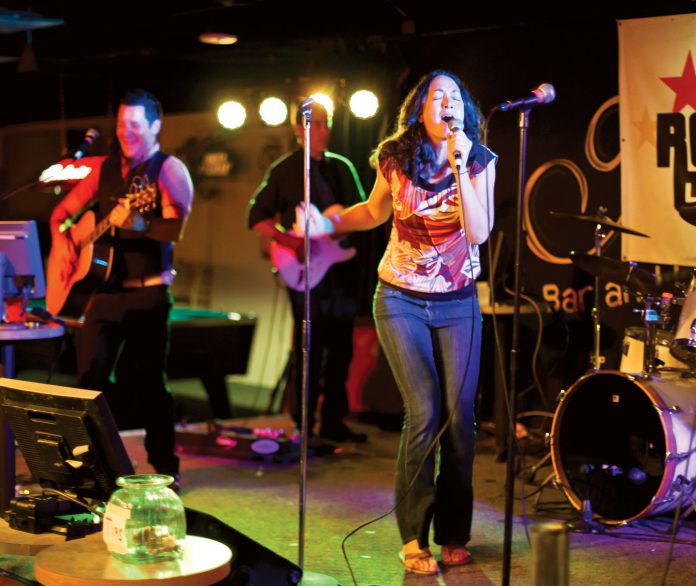 When local musician Adam Donald started Rock On LBK—aka live band karaoke—he figured it might be fun for a while.

But here it is, four years later, and they’re still going strong, with private parties aplenty and a standing Thursday night gig at Marilyn’s on K.

“I didn’t know what I was getting myself into—didn’t anticipate making a career out of it,” laughs Donald. “But we’re doing pretty well.”

A longtime guitarist/vocalist, the 36-year-old Donald says he was just off the road from singing with cover bands, “figuring out what I wanted to do next,” when the idea hit him.

He thanks “American Idol” for the inspiration.

“With ‘AI’ and people loving that, me and my buddies thought we’d join the parade,” he says.

For the singers, the live band format offers some obvious advantages over conventional canned karaoke. Here’s one: backing vocals. (All five members of Rock On LBK sing.) Here’s another: If you goof up, “we can back up and let you start all over again,” notes Donald. (Karaoke machines are far less forgiving.)

Plus, as anyone who has done it knows, there’s nothing like the thrill of singing in front of an honest-to-goodness band.

Catch Rock On LBK on Thursdays starting at 9 p.m. at Marilyn’s on K, 908 K St. in Sacramento. For more information: marilynsonk.com or rockonlbk.com.