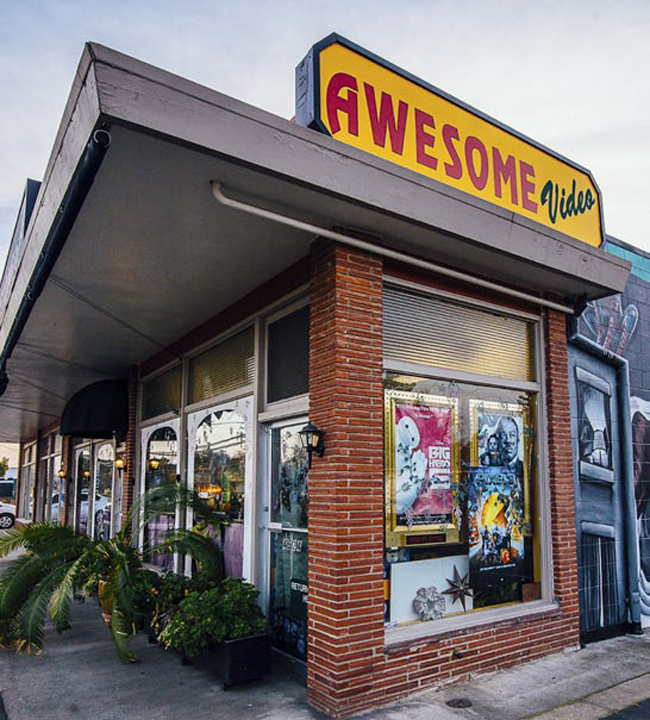 When one of Sacramento’s last remaining independent video stores moved locations a couple of months ago, it got me thinking: How do they keep their doors open in the instant-gratification age of Netflix? And what have we lost with the demise of video rental stores, which in their heyday spawned legions of film enthusiasts and famously influenced filmmakers like Quentin Tarantino?

In search of answers, I dropped by Awesome Video on Freeport Boulevard in South Land Park for a chat with owner Maithu Bui, who has operated the store since 1994. Standing next to a rack displaying “Rashomon” and “Wings of Desire,” she explained that yes, video on demand makes for some tough business competition, but she’s not in it solely for the money.

“My friends keep asking me, ‘Why don’t you just close the store?’ But I’m in it because I love movies,” she said. “This place is like my own library. Plus I get to meet all the neighbors here. I like that.”

Jesse Drew, who teaches cinema and digital media classes at UC Davis, says stores like Bui’s fill a niche that streaming services can’t: “Netflix is great for a lot of things, but you really have to know what you’re looking for. Algorithms just don’t cut it.” Without a brick-and-mortar space where you can browse the shelves or ask a movie-buff clerk for a recommendation, viewers miss out on discovering films “through serendipity.”

A well-curated video store—we’re talking boutique stores, not the old Blockbuster here—“is sort of like having a little film school in your neighborhood,” says Drew, who as a filmmaker was influenced by movies he was able to access at video stores in San Francisco.

“Most of the films that I was interested in were foreign films or documentaries that you could find in video stores but would never see in your multiplex theater,” Drew says. “You could rent the films and actually study them. It was perfect for filmmakers.”

Even if you don’t fancy yourself the next Scorsese, the few video stores that have managed to survive serve a purpose for cinephiles. Not only can you make a new cinematic discovery there, but you can pick up some Ben & Jerry’s on the way home. Beat that, Netflix.