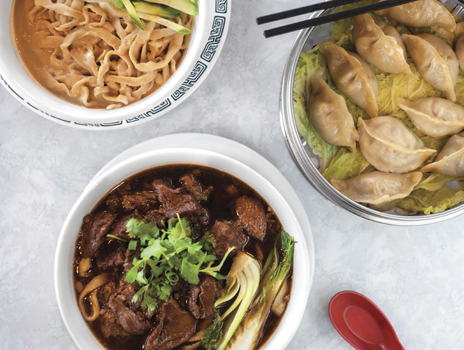 Sometimes, the quest for authentic Chinese food stateside feels like a fool’s errand. It’s easy to rule out Panda Express and its chain-restaurant ilk, but you still have to sort through a slew of family-owned places with interchangeable sweet-and-sour-soaked menus.

Having spent time in China, I’m a bit of a snob when it comes to Chinese food. And while I’ve got nothing against a well-executed kung pao chicken, it frustrates me that local Chinese restaurants tend to serve fairly homogenized cuisine. China has a population of 1.3 billion and a vast culinary culture to match, but the most commonly seen dishes around Sacramento are American-Cantonese in style. Where’s the Shandong food, or the Anhui, or the Zhejiang? I was cautiously excited, then, when I heard about a local restaurant serving true-to-form Northern Chinese and Taiwanese food.

Yang’s Noodles is a no-fuss outpost along the stretch of Stockton Boulevard best known for its banh mi and dim sum. It looks bland and nondescript; you’d have a hard time picking Yang’s out of a Chinese restaurant lineup. But that’s before you get to the menu.

Brimming with challenging dishes like spicy beef tendon and thousand-year egg, the menu reflects a style of cooking—loud and flavorful but simple—that looks shockingly foreign next to a plate of chow mein. The egg-covered scallion pancakes and you tiao (a baton-shaped cruller doughnut) are spot-on duplications of those hawked on the streets of Beijing. Meanwhile, the light, refreshing shredded potato with jalapenos reminds me of my time spent drinking watery Tsing Taos and eating cold vegetable dishes on a muggy Shanghai evening.

The real star of the menu, though, are the house-made noodles. Thick, chewy and charmingly nonuniform in shape, they shine the brightest in the beef soup and the vegetarian-friendly sesame paste noodles. It’s comfort food that transcends nationality.

Yang’s doesn’t capture the entire range of Chinese cuisine. Thankfully, it doesn’t try. While my quixotic journey to find the Platonic ideal of a Chinese restaurant will likely continue, at least I know that if I want a quick hit of stick-to-your-ribs Northern Chinese food, Yang’s has me covered. 5860 Stockton Blvd.; (916) 392-9988