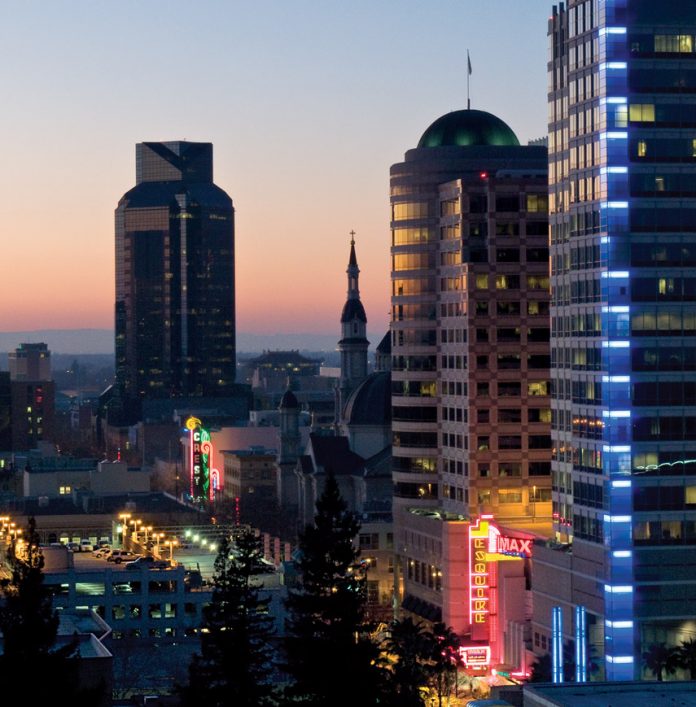 Luxury high-rises lining Capitol Mall. Upscale restaurants and clubs up and down K Street. Stores and lofts overlooking the Sacramento River. Sound like a dream? Five years ago, this was the blueprint for a $10 billion downtown renovation, with more than 50 new projects planned from 16th Street to the waterfront in Old Sac and along the J-K-L corridor.

Alas, these ambitious plans to transform downtown into the next Pearl District didnâ€™t pan out. Thanks to the cratered economy, most of these projects never broke ground. Nowadays, city planners and developers are taking a more conservative, long-term approach to redeveloping downtown in a post-recession world. â€œItâ€™s not always about the big projects,â€ says Michael Ault, executive director of Downtown Sacramento Partnership. Recent accomplishments such as the Crocker Art Museum expansion have built momentum for downtownâ€™s future. But with funding still a major obstacle, the big question remains when. â€œNowâ€™s the time to do the planning, so when the economy turns around, weâ€™ll be ready,â€ Ault says.

THENâ€”In 2003, the city adopted the Riverfront Master Plan, which called for a complete reinvention of 44 acres of land along the Sacramento River in Sacramento and West Sacramento. Under the plan, a mile-long public walkway and bicycle path would be built from O Street to Miller Park. Construction of housing, stores and offices was scheduled to begin this year, but $14 million in infrastructure work still stands in the way. Moreover, the original residential plans may need to be re-evaluated to meet current economic conditions.

NOWâ€”Last May, the city completed Phase 1â€”of fourâ€”of the project, creating a recreational area called Pioneer Landing and extending the public walkway from O Street to R Street. Construction drawings for the next phase, to extend the walkway to T Street, are complete. But until the city gathers $5 million in state grant moneyâ€”the cost of each phaseâ€”plans are on hold.Â Â

THENâ€”In 2007, Georgia-based developer Thomas Enterprises had big plans for the 244 acres of railyards land stretching north of downtown and east of Interstate 5. The $5.3 billion development was to be the nationâ€™s largest infill project, with more than 12,000 residential units, 1,000 hotel rooms, 80,000 square feet of retail space and a new sports-and-entertainment complex. The project never broke ground. Why? Lack of funding for $750 million worth of infrastructure work.

NOWâ€”Early last year, infrastructure work began with the construction of the Fifth Street and Sixth Street bridges. The project got off track in the fall when Thomas Enterprises defaulted on almost $200 million in loans, and Illinois-based Inland American Real Estate Trust stepped in. Previously allocated federal and state money has been transferred to Inland American to continue infrastructure work, and the company is working with the city to determine if the original development plans are relevant in the current economic climate.

This spring, the cityâ€™s Economic Development Department will hold an international design competition to bring life to the strip of office buildings and empty plots still left over from the failed condo towers.

THENâ€”Developers dreamed of turning the K Street Mall into San-ta Monicaâ€™s Third Street Promenade, swirling with shops, restaurants and clubs. Local developer David S. Taylor succeeded in transforming the corner of 10th and K from a collection of shuttered storefronts into a restaurant cabaret theater/nightclub complex, The Cosmopolitan. Another bright spot: In 2006, the Cathedral Building apartments at the corner of 11th and K were built, with hot restaurant Ella on the ground floor.

NOWâ€”Much effort is being put into developing K Street. â€œDowntownâ€™s perception always has been, and I think will continue to be, based on the success of K Street,â€ says Downtown Partnershipâ€™s Michael Ault. In January, Pizza Rock, Dive Bar and District 30 (a nightclub) opened, energizing the 1000 block. Last summer, the city approved two local developersâ€™ plans to revitalize the 700 and 800 blocks with stores, offices, apartments and a music venue. Later this year, the pedestrian mall will be opened to cars for the first time since 1969.Â

THENâ€”The shop-ping center has long struggled to keep tenants, and its operator, Westfield, repeatedly postponed a $120 million facelift requested by Mayor Kevin Johnson. The center was considered for a multitude of uses, including home to discount stores Target and Walmart, a supermarket and, more recently, a new Kings arena. Talks of Westfield selling the plaza altogether eventually fell through last year.

NOWâ€”To fill vacancies left by J. Crew, Banana Republic, Hard Rock Cafe and others, the plaza is renting space to nontraditional retailers such as a Hyundai car dealership. 24 Hour Fitness is in the middle of a 20,000-square-foot expansion, including new racquetball and basketball courts and a pool. Westfield is making improvements including fresh paint and LED lightingâ€”a good sign, says Mayor Johnson, for the plazaâ€™s future and the Sacra-mento-Westfield partnership.