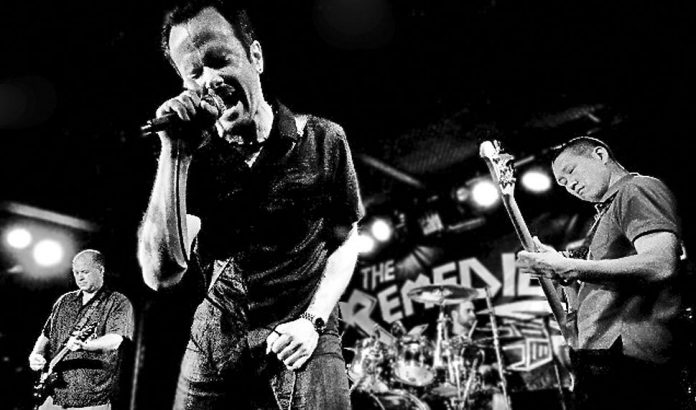 OK, so only two members of the band are actual M.D.s; the other two are state workers. But you gotta admit, it was pretty clever to call themselves The Remedies.

Together since late 2008, this fun-loving rock/funk/blues/R&B bandâ€”David Pai (bass), Thomas McIlraith (guitar/vocals), Walt Simmons (guitar/vocals) and Greg Marquis (percussion/vocals)â€”has come a long way since its first gig at Steveâ€™s Pizza in Elk Grove, says bassist Pai, one of the groupâ€™s two docs. (Heâ€™s a nephrologist at Capital Nephrology; the other M.D., McIlraith, is a hospitalist for Mercy Medical Group.) â€œWeâ€™ve definitely progressed from being the typical bar band to something more.â€

While â€œno one is about to quit their day jobs,â€ Pai says, the band is rocking hard enough to earn gigs at some of the regionâ€™s coolest music venues, including Harlowâ€™s. This month, it plays another local favorite, Swabbies.

Pai says no show ever has been stopped by a call from ER, though itâ€™s always a possibility. â€œWeâ€™ve had calls from the hospitalâ€”Thomas has gotten pagedâ€”but weâ€™ve never had to go in.â€ The bigger challenge, he says, is working long hours and then gigging on top. â€œI try to plan shows and rehearsals on days Iâ€™m not on call, but Thomas works 12 hours on and 12 hours off, so he could be working a long shift and then performing a long four-hour show afterward.â€