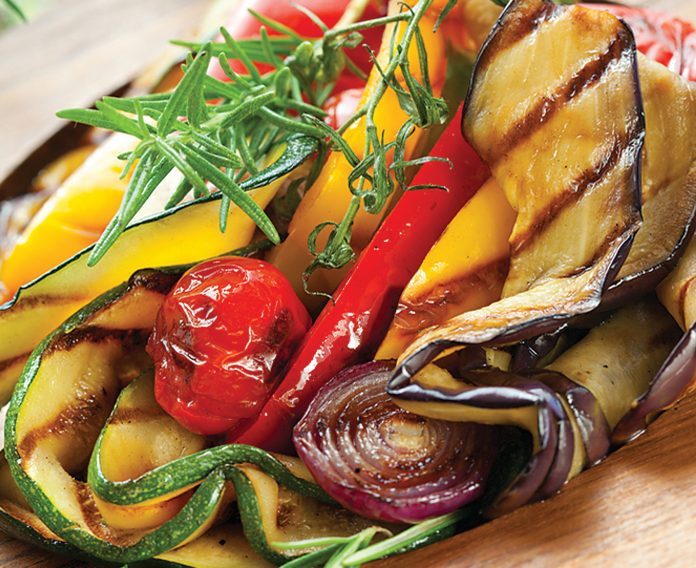 Chain restaurants are now required by federal law to list calorie counts on their menus. Recently, I was all set to order a seemingly sensible salmon dish at BJ’s Brewhouse. When I learned it weighs in at 1,315 to 1,794 calories, I wanted to scream, “TMI!” According to a study published in The Journal of the American Medical Association, such calorie counts are “accurate overall”—meaning not entirely accurate. So I consulted local dietitian Michele Canny Gilles for some insight into the numbers.

Grilled Chicken Taco Salad
Calories: 580 (without dressing)
“Here’s a good example of where you have to be careful. The salad may be low cal, but the dressing is going to add another 300 calories—and that’s not included in the calorie count.”

Roasted Vegetable Fajitas
Calories: 680 (not including rice)
“The calorie count, even without the rice, seems low. Are they including the corn cake, beans and other items in the total? I don’t think so. But if I didn’t want a salad yet wanted to eat healthy, I’d probably go for this, but hold the rice, substitute black beans and get corn tortillas, not flour.”

Broccoli Cheddar Soup in Sourdough “Bowl”
Calories: 1,295 (458 without the bread)
“Now this is funny. The calorie calculation for the soup in the sourdough loaf assumes you’ll eat the entire bowl of bread—and you probably wouldn’t.” Crispy Fried Artichokes
Calories: 1,142
“This really bothers me because the artichoke is so close to the ground. Why did they have to do all that breading and frying?”

Apple Berry Burst Crumble
Calories: 1,243
“This is where the calorie counts are useful because people might otherwise look at this and think, ‘With all that fruit, it’s low cal.’ The Cookies ’N Cream Pizookie, which sounds more fattening, is actually lower in calories (1,089).” 
Bistro Shrimp Pasta
Calories: 2,990
“Oh, my God! Sticker shocker! This one even has more calories than the fettuccine Alfredo (2,020 calories). It’s because of the crispy battered shrimp—not so much the sauce.”