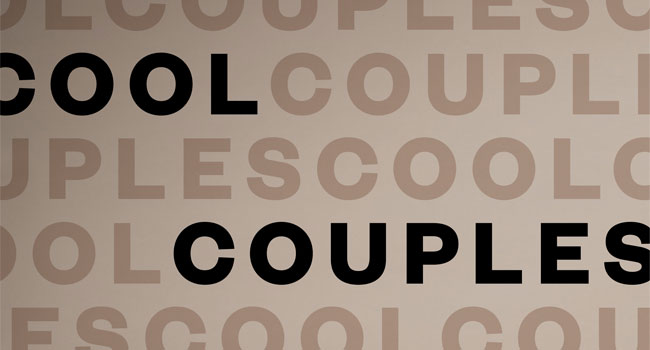 HE is a public affairs consultant, with high-profile clients that include California Medical Association, Dignity Health, Auto Club Speedway, the NFL and AT&T. (That NFL affiliation means he attends the Super Bowl every year. It’s a tough job . . .

SHE is a wardrobe stylist to local and Bay Area power players, including the executive team of a Fortune 500 tech company, CEOs, screenwriters, surgeons, politicians and philanthropists. She’s also a contributor for SF Luxe, 7×7 and Haute Living. (And still has time to vacuum and mop every day “come hell or high water.”)

THEY met in 2002 at a California Film Commission screening of “Spiderman.” Mary somehow (yet serendipitously) was left without a seat. Jason swooped in, offering her a spot directly behind him—and his phone number. “At the time, I was a staffer for Gov. Gray Davis, and I happened to be holding tickets for the then-Assembly Republican leader, who became instantly irrelevant to me the minute Mary walked in,” says Jason. “She stole my breath—and those tickets. Thank God the legislator was a no-show, or else I guess I’d be married to him.”

EXTRA COOL POINTS FOR: Last June, Mary was featured in the San Francisco Chronicle’s Style section as an influential personal stylist working with Bay Area big hitters. She was also named one of the “9 Women Who Will Shape SF Style Next Year” by 7×7. In August, Jason was named one of Capitol Weekly’s Top 100 Most Powerful Political Players in California.

The Kinneys are known for their above-and-beyond hospitality. (They once hired an Elvis impersonator to serve cocktails in their backyard during their annual holiday bash.) “Our house is sort of home base for our extended family and friends,” says Mary. “We like to entertain and keep our door wide open.”

Married seven years (together for 25!)

DAVID is a landscape architect (chances are you’ve seen a garden he’s designed just by driving around Sacramento) and a member of the Crocker Art Museum board of directors.

WILLIAM is an exhibiting artist (a career he finally devoted himself to after 30 years at an engineering firm), the vice president of the board of directors of Blue Line Arts and a member and past president of the Sacramento Tree Foundation.

THEY live in the Wilhaggin area with their Labradoodle, Jasper, in a home they spent 18 years custom-designing. They describe it as organic. “We love contemporary, but we’re not great housekeepers,” jokes David. “So if you start with stuff that has old, worn and repurposed materials, it lends itself to a comfort level that’s easy to maintain.” These repurposed materials include 17th-century French doors, vintage herringbone wooden floors and granite lintels that were once city of Sacramento curbstones. It’s extraordinary for sure, yet decidedly unfussy. “Simplifying life is important, because that’s how you live a more joyful life,” says David. “To me, that’s what coolness is.”

EXTRA COOL POINTS FOR: William is collaborating with a dozen local artists for an upcoming show at Archival Gallery this year “just for fun.” (Currently, he’s exhibiting at The Jade hotel before it gets torn down in March.) “I’m an organizer,” he says. “I mean, I ran an engineering office. I have to be!” He’s also responsible for setting up a handful of successful relationships—including a marriage that’s going on 30 years. David is helping to lead the charge on reimagining and redesigning Crocker Park.

Pottery Barn has used their home as a location to shoot their famous catalogs. Yes, it’s that cool. HE is the president of Runyon Saltzman Einhorn, Sacramento’s pre-eminent creative, public relations and media agency. Before PR, Chris was in politics, working on Capitol Hill, running for state Senate in Michigan and serving as the undersecretary of the Trade and Commerce Agency during Gov. Pete Wilson’s administration.

SHE is a highly in-demand interior designer as well as one of the local art scene’s biggest proponents. She serves as chair of the Sacramento Metropolitan Arts Commission, is a board member of Verge Center for the Arts and founder of the Capital Artists Studio Tour, an annual monthlong event that showcases more than 130 emerging and established artists in their studios.

THEY met in the halls of Congress in 1990, when Chris worked for then-Sen. Pete Wilson and Cheryl worked for Mississippi Sen. Thad Cochran. Less than five months later, Chris proposed in front of the Jefferson Memorial—during a work break. Politics brought them to Sacramento in 1993. Equipped only with their love of East Coast homes (Cheryl is from New York) and “Eight Is Enough” depictions of Sacramento, the Holbens settled in East Sacramento.

EXTRA COOL POINTS FOR: As fairly new empty nesters, the Holbens will often hop on their bikes and pop around town “with no hurry to get home,” says Cheryl. “We have the most fun when we’re just exploring,” says Chris. “We are not planned-date people. We are unexpected-date people.”

Chris brews his own beer at home—and enjoys it in the Prohibition-era English pub in his basement (built in 1932), complete with a two-keg draft system. “My favorite, and a crowd pleaser, is a clone of a North Coast Brewery wheat ale. It hits the spot every time.”

Chris and Cheryl are huge collectors of local art. “We have such big talent here,” says Cheryl. “I can’t name favorites. That would be like saying who your favorite child is. But my hope is that people keep an open mind and continue to educate themselves. Part of owning and building a collection is keeping it diverse.” HE is the owner and CFO (Chief Fix-It Officer) of South, the Southside Park eatery that he and N’Gina opened in December 2014.

SHE is the owner and COO (Chief Own-It Officer) of South, handling everything from the Franchise Tax Board to impatient patrons. (Glasses of wine help.)

THEY met in 2002 while working at Il Forno Classico in Gold River. “She was my boss,” says Ian. “She still is.” At South, they serve more than 2,000 orders of fried chicken every month to diners willing to wait an hour just to order. A lot of their success is due to their personalities. “She’s very ambitious. She’s a leader,” says Ian. She’s everything that I’m not: organized, doesn’t stray from confrontation, no BS.” And Ian? “If it’s broke, he fixes it,” says N’Gina. “I can’t tell you how much money this man has saved us. He’s a doer—it’s so nice and it’s so rare. And he has an amazingly bubbly, gregarious, over-the-top personality. He’s the mayor of South.”

EXTRA COOL POINTS FOR: N’Gina sings a lot—in the office, in the car, in the restaurant supply store, and even while she’s taking orders. “If my song comes on, it’s a wrap,” she says. “Anything from Sade to Fleetwood Mac to Anita Baker. I don’t sing well, but in my head, I sound like Mariah Carey.”

Ian and N’Gina treat their employees like family, offering everyone 40 hours a week (and even a bit of overtime), plus 401(k) and insurance benefits—a rarity in their industry.

Monday afternoons—kids in school, restaurant closed—serve as their date night. Says N’Gina, “We pop a bottle of something good to drink, watch Netflix, order some Tea Cup Chinese or Curry Club, eat in bed and just chill or take a nap.”

HE is a founding partner of Popp Littrell Architecture + Interiors, a boutique firm that specializes in modern and traditional design for residential clients and, occasionally, commercial spaces (like the new Magpie Cafe and Masullo Pizza).

SHE is a mental health therapist for Elk Grove Unified School District, helping high schoolers whose mental health is affecting their learning, as well as a fan-favorite yoga instructor at Zuda Yoga in midtown.

THEY have lived in Oak Park since 2007. (Yes, way before it was the “cool” place to be.) “It was sort of this fringe neighborhood that we weren’t really sure about, but it was affordable, and we thought it was cool that our first house was a modern loft designed by someone I looked up to,” says Dustin. They loved it so much, they got involved: Dustin was on the board of the Oak Park Neighborhood Association and the Redevelopment Advisory Committee, and he was a committee member for the Land Use Planning Committee. Corri helped bring yoga classes to the farmers market and the food bank. Though a lot of their energy is now devoted to their kids, they still take advantage of everything the neighborhood has to offer. “Things just keep popping up all the time,” says Corri.

They embrace what makes Oak Park different. “Our son and daughter are exposed to a lot of diversity, whether it’s economics, race or religion,” says Dustin. “We love the fact that our local homeless person, Miss Tabitha—the sweetest old lady—walks by in the morning and always says hi to our kids.”

Last August, a Popp Littrell project on Crocker Road was featured in a Wall Street Journal story on foyers.