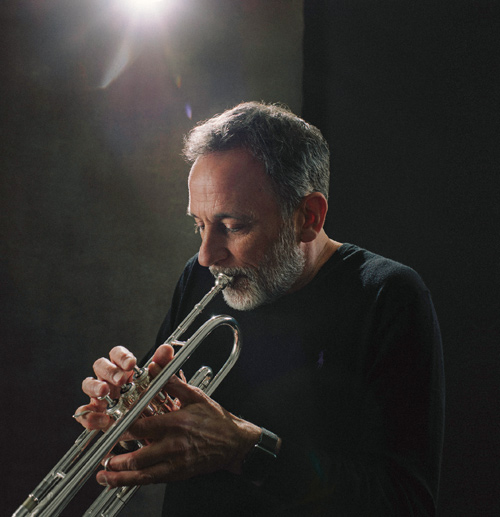 For longtime Music Circus trumpeter Larry Lunetta, life in the pit is anything but. “When I sit down in the pit, I think, ‘Oh boy . . . I get to sit here for the next three hours and play my trumpet,’” says Lunetta, 59. “I really don’t think of it as work.” This month, as Music Circus kicks off its 68th season with a new name, Broadway at Music Circus, Lunetta will be back at it with “Singin’ in the Rain” (June 12–17) and “Seven Brides for Seven Brothers” (June 26–July 1).

Music was an obvious career choice for Lunetta. His late father, Stanley, was a local music icon, performing on drums for Music Circus for 54 years and serving as principal timpanist for the Sacramento Symphony. “I remember being in sixth grade when a friend said, ‘You’re so lucky—you know what you want to do,’” recalls Lunetta. “Trumpet has always been my thing.” After starting with Music Circus in 1976, Lunetta lived in Los Angeles and New York and became an in-demand horn for hire, playing alongside everyone from Count Basie to Lady Gaga, and burning it up on Broadway. He is married to actress Faith Prince, with whom he has a 22-year-old son, Henry.

Now living back in Sacramento, Lunetta also serves as music coordinator for Broadway at Music Circus, in charge of hiring the pit players for every show. Most of them, he says, are locals.

“We have a good pool of high-caliber players here in Sac,” he says. Indeed, only high-caliber players could pull this off: They’ve only got about seven hours of rehearsal before showtime. “You’re on the edge of the cliff the whole time, hoping to get through that first night,” says Lunetta. But, hey—that’s showbiz!