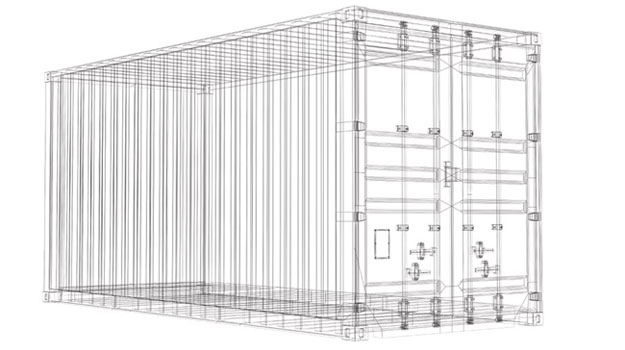 Moreover, critics of shipping-container structures argue that building with them is not as environmentally friendly as one might expect. They point out, for example, that the steel would be put to better use if it were melted down to make new building materials.The international trend of building structures out of shipping containers took root in Sacramento a couple of years ago, when two popular midtown hangouts—Der Biergarten and Federalist Public House—proved that, with some architectural finesse, cold steel boxes can indeed be transformed into interesting and inviting public spaces.

Now, developer Federico Cohan of Luxe Urban Life hopes to build what he claims is “the first shipping-container home in the history of Sacramento” in a redevelopment area of Oak Park in early 2016. The 1,280-square-foot single-family home, which he designed, “will have a modern feel, but you’ll be able to compare it to the house next door.”

In case neighbors are concerned that the corrugated-container look is a little too rugged, Cohan promises the home “won’t look like a container. We’re taking that steel and we’re adding uniqueness to it, maybe some beautiful wood siding. We’re not just dumping a container somewhere.”

In addition to their industrial-chic aesthetic, builders are drawn to the containers because they are a dirt-cheap prefab option. Cohan expects to pay $5,000 each for the four containers his house will utilize. The final project will pencil out at about $90 per square foot—a fraction of what a comparable project would cost if built from the ground up. “We’re able to keep costs down while building something urban and cool,” says Cohan.

There are certainly challenges when it comes to building with these kinds of modular units. Installing adequate insulation, for one, can be tricky, as is waterproofing the boxes once holes are cut into them for windows, doors and skylights.

But Cohan, who has been studying container structures for years, is undaunted. For him, cargo containers represent “the way things are moving right now in our country. It’s urban, it’s eco-friendly, it’s the future.” His vision is to “teach people that we can build affordable living and revive particular areas. There’s so much that we can build with these containers.”

To that end, Cohan has rough plans to build a retail-and-office complex out of shipping containers in West Sacramento. In the meantime, expect to see more containers across the cityscape as builders—and the community—embrace design thinking that is decidedly inside the box.