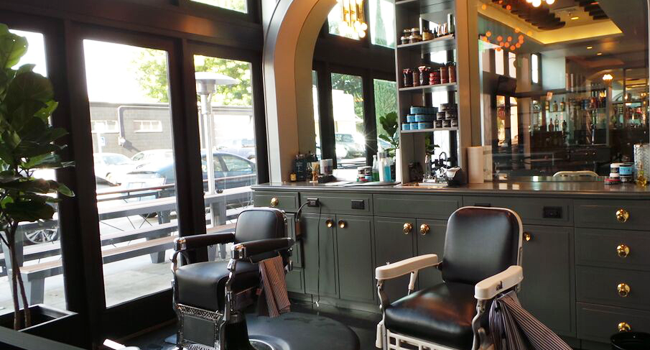 Earlier this summer, bartender Jayson Wilde teamed up with barber Anthony Giannotti to open Bottle & Barlow, Sacramento’s first bar and barbershop under one roof. Wilde grew up near Natomas and learned the cocktail business as a bartender’s assistant at Shady Lady Saloon before going to work at San Francisco’s famed Bourbon & Branch. SF Weekly named him one of San Francisco’s new generation of bar stars when he was 28. Now 33, he’s back in his hometown, planting his craft-cocktail flag on the city’s white-hot R Street Corridor.

Back in 2009, Wilde was working at an insurance company when he walked into the newly opened Shady Lady, Sacramento’s original craft-cocktail bar. “It completely floored me,” says Wilde, who quit his desk job and joined Shady Lady as a barback. (A barback assists the bartenders by restocking bottles, tapping kegs, hauling ice and making garnishes.) “The first night I stepped behind the bar, I knew it was what I wanted to do the rest of my life.”

At Shady Lady, he met celebrity bartender Eric Castro, who recruited him to work at faux speakeasy Bourbon & Branch. “I wanted to learn from the best,” says Wilde. After six months as a bartender, he was promoted to bar manager; within a year, he was GM.

AN OFFER HE COULDN’T REFUSE

A couple of years ago, his pal Giannotti suggested they join forces. “A bar and a barbershop—it’s the perfect match,” says Wilde. “They’re both American traditions.” Partnering with Hook & Ladder owners Kimio Bazett and Jon Modrow, they took over a long, shoebox-shaped space on the ground floor of the Warehouse Artist Lofts development on R Street. The bar sits at one end, the barbershop at the other, with a “viewing lounge” in between where drinkers can watch the goings-on in the barbershop through a one-way mirror.

You can’t get food at Bottle & Barlow—just drinks. Wilde created a small menu of modern cocktails and twists on the classics, all with an emphasis on tasting good. “I’m a flavor junkie,” he explains. Over on the barbershop side, customers get a cocktail or draft beer included with their haircut or straight-razor shave. Says Wilde, “There is nothing like this in Sacramento.”