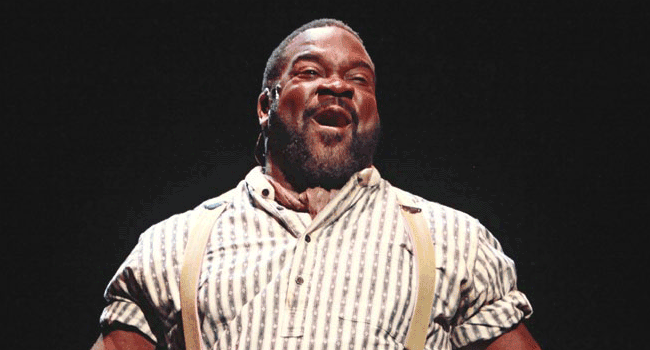 The mighty Mississippi will roll through Wells Fargo Pavilion—at least in our imaginations—with “Big River,” Music Circus’ second production of the 2015 season.

Based on Mark Twain’s classic “Adventures of Huckleberry Finn,” the Tony Award-winning musical, slated for June 23–28, features music by Roger (“King of the Road”) Miller.

“You can’t go wrong with a show that marries the story of Huck Finn to a score by Roger Miller,” said the show’s director, Michael Heitzman, via phone from his New York home. Heitzman has been a fan of “Big River,” he says, ever since seeing the original Broadway production in the ’80s.

“It has depth, an amazing and hummable score, and is really entertaining,” says Heitzman, whose other directorial credits include stage productions of “The Little Mermaid” and associate directorship of “Beauty and the Beast.” “‘Big River’ has themes we’re still dealing with today, even though the book was published more than 100 years ago.

Like most of us, Heitzman read Twain’s classic in high school. After being asked to direct “Big River,” he reread it. “Whenever I direct, I like to go back to the source material,” he says. “After reading ‘Huck Finn’ again, I was so struck by the authenticity of the dialogue and language, the textures, the colors, the sounds of the South and the Mississippi River.”

At Music Circus, “you’re talking about a theater-in-the-round, which is a way of including everybody,” says Heitzman. “And because ‘Big River’ is this very epic way of telling a story, I want the audience to feel they’re part of it. I want them to feel they’re on that river, the raft—along for the ride.”

But don’t expect Miller’s score to sound like “King of the Road,” he cautions. “When Miller approached ‘Big River,’ he didn’t say, ‘I’ll pull from my bag of tricks,’” says Heitzman. “He went back to the text and really made this music feel like it was written for the novel, for that time period, for those characters.”