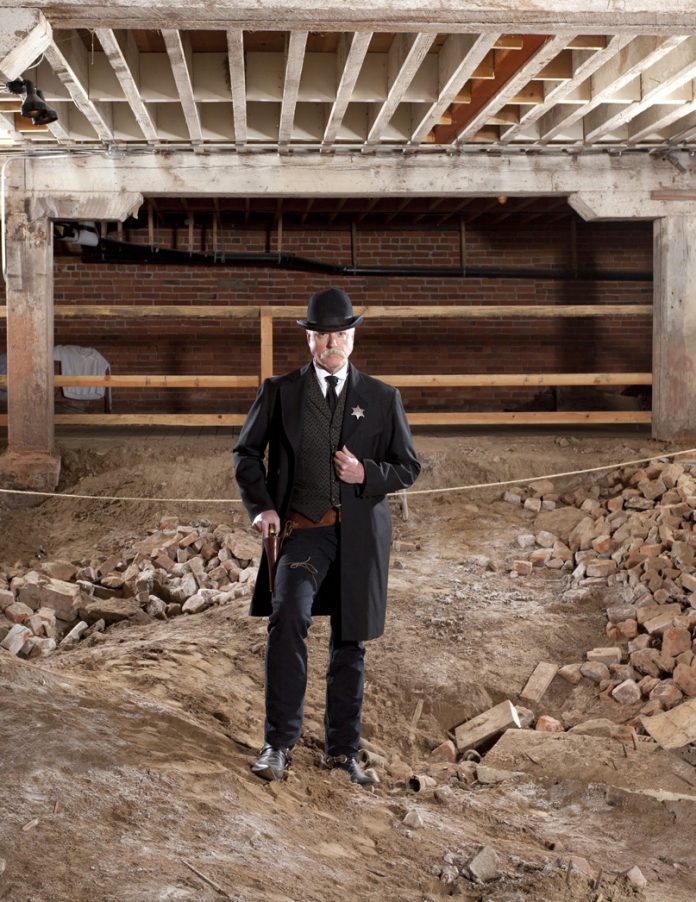 Don’t Know Much About History?

Check out one of the area’s best-kept secrets: the UNDERGROUND STOREFRONTS AND PATHWAYS that were covered over when massive flooding in 1861 and 1862 forced city officials to raise downtown street levels by 10 feet. General tours resume on April 4; adults-only tours start up on April 23. (The tours for grown-ups cover prostitution and gambling, and they end at an Old Sac bar, where you get a $2 drink.) According to manager Kathryn McAlpin, the tours paint a picture of what life was like during the 13 years while the streets were being raised. “Imagine if you were a woman then and you had 10 layers of petticoats on and had to go up a ladder without falling just to get to the bank,” she says. historicoldsac.org