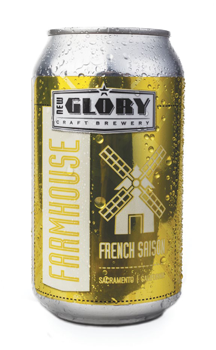 While everyone was busy fretting about the Kings arena and trying to scare up tickets to the Tower Bridge dinner, Sacramento was steadily, stealthily turning into a craft beer town. In the past few years, a quiet revolution has occurred right here in River City. Beer entrepreneurs and beer lovers have made this fertile ground for the cult of craft beer.

We’ve seen this story play out before. A creative person with a passion for wine or coffee or food sees a need and starts a little business. Along comes somebody else with the same passion, and then another and another. And before you know it, Sacramento’s just a little bit hipper. A little bit cooler. A little bit more interesting.

Now it’s happening with beer. Somewhere along the way, the pioneers—Sacramento’s original craft breweries—were joined by dozens of other beer businesses. Now there are at least 40 breweries in the region, with more to come. Not to mention all the taprooms. And bottle shops. Beer bars. Biergartens. Beer halls. Beer bikes, for God’s sake. Beer has taken over social media, with breweries Facebooking their latest tappings and beer geeks Instagramming their most recent sip of sour gose just before it disappears down their throats.

Some people say we’re on the verge of becoming as big a beer town as Portland or San Diego. We certainly have a thirst for craft beer. Last November, when Deschutes brought its pop-up street pub to midtown, hundreds of people waited in line for close to an hour for a taste of The Abyss, the famed Oregon brewery’s barrel-aged imperial stout. When Capitol Beer and Tap Room (Cap Tap to its fans) gets its tiny Pliny the Younger allotment, people race to Fair Oaks Boulevard, hoping to get in on the action.

But you don’t have to wait in line or break a leg to experience Sacramento’s vast and growing beer culture. It’s all around you, right there for the taking.

So grab a growler and know this: Beer is big, and it’s here to stay.