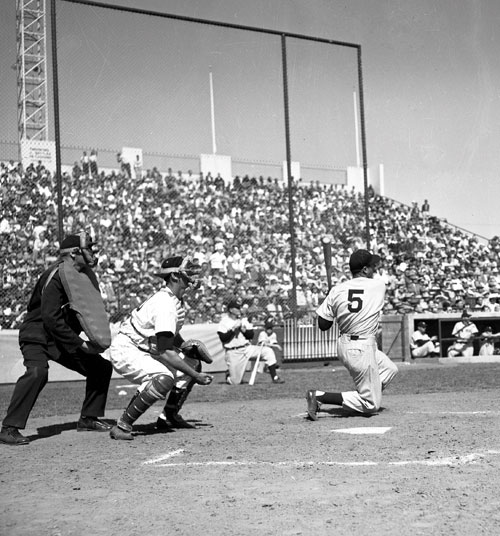 Yankees great Joe DiMaggio takes a swing in Sacramento’s Edmonds Field in March 1951. This was the one and only game his New York team played at the ballpark that once stood at Broadway and Riverside Boulevard, where Target is now. Sacramento’s minor league Solons lost 11–0 in the afternoon game that also featured 19-year-old Yankees rookie Mickey Mantle.

Baseball is still going strong in our region, with the season starting this month at Raley Field. The River Cats home opener takes place April 10.